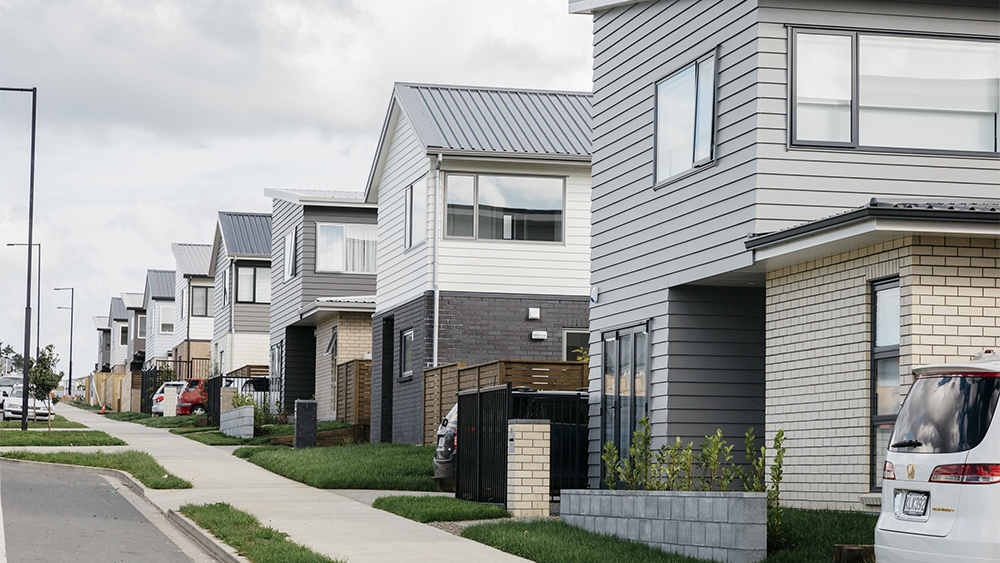 The residential property market remains an attractive option for investors in spite of the disruption caused by the COVID-19 pandemic, according to Interest.co.nz's Residential Rental Yield Indicator.

The indicator tracks movement's in the Real Estate Institute of New Zealand's lower quartile selling price for three bedroom houses and rents for new tenancies in the same type of properties, in 56 locations around NZ where there's a high level of rental activity.

Over the same period, median rents were higher in 30 locations, lower in seven and unchanged in 19.

The rise in both prices and rents will have been beneficial for existing landlords because it would have increased both their equity and rental income stream at a time when interest costs have been falling and vacancy levels remain low.

However the effect those movements have had on the attractiveness of buying further investment properties is more mixed.

If rents rise at a greater pace than prices, that increases gross rental yields, making rental properties more attractive to investors because the potential income stream is improved relative to the purchase price.

But if prices rise faster than rents, the opposite occurs and the yield will fall, making a rental property a less attractive proposition.

An indication of which way the market is moving for investors can be obtained by using the REINZ's lower quartile selling prices and the tenancy bond rental data from the Ministry of Business, Innovation & Employment to produce an indicative yield for all 56 locations monitored by interest.co.nz.

Of those 56 locations, indicative yields for the six months to September rose in 21, declined in 22 and were unchanged in 13 versus the six months to the end of June. Overall, that suggests movements in rents are broadly keeping pace with movements in prices, maintaining the attractiveness of residential property as an investment.

Across the 56 locations monitored, indicative yields ranged from 3.6% to 6.7%.

In Auckland, the country's biggest rental market by far, indicative yields ranged from 3.6% in Highland Park in the city's east, to 4.6% in Pukekohe on the its southern fringe.

Although the yield figures are gross (before allowing for costs such as interest payments, rates, insurance and vacancy), they suggest residential property remains a relatively attractive option for investors compared to other forms of investment such as bank deposits or shares, especially when interest rates are so low.

That suggests interest from investors in residential property is unlikely to wane as long as current market conditions persist.

One possible exception to that could be the Queenstown/Frankton/Lakes district which has the highest lower quartile price and highest median rent of any of the 56 locations monitored by interest.co.nz, but the lowest-equal yield of 3.6% (matched only by Highland Park in Auckland), which suggests prices in and around Queenstown may be over-valued relative to their potential rental streams, making it likely that investors could find more attractive opportunities by looking elsewhere.

Source: Base data from REINZ / MBIE

*Yield is a property's annual rent expressed as a percentage of its purchase price. The indicative yield figures in this table are gross, and are calculated from the REINZ's lower quartile selling price for three bedroom houses in each area during the previous 6 months, and the median rent for three bedroom houses calculated from new tenancy bonds received by the Ministry of Business Innovation and Employment for the same areas/period. This gives an indication of the gross rental yield that would have been achieved in each area if a three bedroom house was purchased at the lower quarter price and rented at the median rent for that type of property in that area.

Anyone with experience want to chime in with an estimate of how far costs will eat into that yield?

Costs are irrelevant it's all about those sweet capital gains isn't it.

A couple of thousand for rates, say $1800 for insurance, $2000 for maintenance, a few weeks vacant here and there... leaves you with a sniff of f**k all at the end of the day.

It's all about capital gains. Speculation. But it's been a very good bet in the last couple of decades. Thanks to the government of the day and the RBNZ.

Using the calculator at https://www.opespartners.co.nz/calculators/rental-yield with what I believe are realistic numbers for Auckland -- generous, even, assuming a landlord can afford to pay cash -- it's hard to get a positive net yield. Not even as good as a term deposit if you don't factor in capital gains. (Of course you *do*, but at some point you have to ask what underlies said capital gains, and whether it can continue ad infinitum at those yields...)

Just did the calculation for the house we're renting. Weekly cashflow: $20 (assuming a 20% deposit).
Keeping the deposit in TD's instead earns me almost 3x as much (which still isn't a big sum). So if it wasn't for capital gains, I'd be better off renting. I guess the question is, as always, what will RBNZ's next step be?

Incorrect sir; that rent will rise over time. So you need to build a time series and then discount that stream of income back to today. You'll find it beats the s*** out of a term deposit over long periods of time.

How long are we talking? It hasn't increased in the past 2 years.

As long as we do not tax capital gains there will be investors sucking wealth from those not able to purchase their own home.

It's the way the game is. You can't expect people to not play the game as it's set out by the government.

You paint a really sad picture of human nature but yes I agree, the government should do something to put a leash on those hounds.

We are all hounds, but yes, as a consequence we do all need a leash.

If property investment wasn’t an option you would be complaining about the cost of share market investment, or low term deposit rates...

Sub-4% yields are only good when compared to the current (historically very low) TD rates. Just a few years ago you could get the same 4% from a TD at any bank in NZ ...and people back then were complaining about how low TD rates have gotten.

Time to have a property tax on rental properties and second homes. I suggest one percent of govt valuation. That will tilt things in favour of home owners. And another rent freeze to stop landlords passing the cost to tenants.