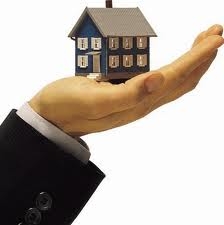 The last time there were three consecutive weeks of NZ$1 billion worth of mortgages approved was in December 2007.

By volume approvals for the week ending December 16 rose 8.7% on an annual basis based on a comparison of the most recent 13 weeks of data to the same 13 weeks in the previous year, with the value up 28.8% on the same basis.

The current strong run of mortgage approvals, compared with the last two and a half years' at least, comes with the Official Cash Rate at a record low of 2.5% and some economists predicting it'll stay there until late 2012 or even into 2013.

The Reserve Bank defines a mortgage approval as a firm commitment to provide credit for the purchase of housing, which has been accepted by the borrower. It says a commitment exists once the home loan application is approved, and a loan contract or letter of offer has been issued to the borrower.

Seven banks respond to the Reserve Bank's survey, between them representing 99% of registered bank lending for housing, and about 94% of total housing lending. See more detail in the Reserve Bank's description of the data series here.

Prior to the three consecutive weeks of NZ$1 billion worth of mortgages being approved, NZ$966 million worth were approved in the week to Friday, November 25. Meanwhile, the banks' latest General Disclosure Statements show an increase in the value of residential mortgages they're writing with loan to value ratios (LVRs) in excess of 80%.

but whats to learn?  there has been no nasty experience....etc

If you wanted, you could read a great deal and draw some conclusions, and decide about the best course of action (personally).....but when our leaders say all is OK....and the banksters etc say growth will be back, how many ppl will really look deeply under the covers?

Haven't learnt what though? And who is giving the warnings of stormy seas ahead? Not our 'leaders'.

Obviously price rises will continue through into summer 2012 and beyond.

Home-owners will continue to benefit from their main asset retaining or increasing it's value for the near future at least....      Renters will be gnashing their teeth ....

Who'd be a renter?

I have no idea, obviously, on your situation so this is by no means an attack on you.

Retenanted our place(our future home not an investment property as such), accepted a 12% drop in rent despite offers at parity to previous tenants rent. Why? In short, social responsibility.

Place is still paying itself off comfortably with our moderate to low debt level. We have been able to facilitate a young couple with their first bub who are really trying to get ahead. Young father works six days a week. Fantastic tenants. Reminded us of us not very long ago.

If you can afford to, give someone(who deserves it) a break! Dont have to be a religo to behave altruistically. And we feel pretty good(selfish motivations anyway) while taking a 2K hit annually. I'm on average wage, so is my partner with a little one so every cent matters.

Garth George(in my opinion a hyprocritical, bigoted muppet) of all people signed off from the herald today bemoaning inequality. If only more people practiced what they preached.

Is there such a thing as moral capitalism? Of coarse, it starts with the individual.

Then....not a drop at all - actually a sharp increase!

The only thing that *may* halt the inexorable advance of this juggernaut is a large default (ie spain/italy) in Europe.

You shouldn't have big chunks of capital tied up in few assets SK.

Why do second hand house prices continue to riseáfter all they are not new  and never will be again.You can repaint'reclad resurface and replace to your hearts content but it will never be new again.

Pretty sure its the land and the desirability for it, but people involved in doing up houses to add value often cater to peoples perceoptions of wealth to increase the entire properties value eg nice taps

Unfortunately for houses - secondhand is better than new...I had new houses before and prefer older 50+ years old house any day..

Have you lot finished?....have you forgotten the fact that an unknown chunk of these mortgages are folk taking out new contracts to clear previous mortgages...a case of swap around the banks...in reality not new mortgage lending at all...same ol BS spun with the comment missing.

Look elsewhere today and you read of a 2% plus fall in the building sector GDP data....now try to put that with the BS about increased mortgage lending.

You're right Wolly in that, as I've noted in previous stories on mortgage approvals, the RBNZ does include - as a new approval - when a loan is refinanced using a different bank. Full details of what's included and excluded from the data are here - http://www.rbnz.govt.nz/statistics/monfin/c16/description.html

Still, the data does show a market that's more active than it has been for some time.

Thanks for the advice MK.

Of course you have no idea about my situation - and probably less about your own!

Now now no need for the sledging, was just being helpful :)

The last time there were three consecutive weeks of NZ$1 billion worth of mortgages approved was in December 2007.

And all that cash is chasing a  smaller number of houses every month as nothing gets built and no one wants to buy anything built from 1990 till 2005.

Party time for all those holding non leakers in Auckland.

No cash involved buddy. Your assets amounts to just ones and zeros in a computer.

What's that got to do with the price of pork bellys son?

GST to 15%, is a factor.  The way he explains it is that a New House Package costing say

But a Second Hand House has No GST --and if built 10 years ago the GST was maybe 10%, or if well before that ----No GST as it had not been brought in.

Olly was also stating, that this situation was reducing the demand for a New Houses,

basically because with an older house you may get more house for your money.

What's that got to do with the price of pork bellys son?

The latest RBNZ sector credit figures, out today, show housing debt fell NZ$107 million in November to NZ$172.903 billion. We think that's just the 2nd monthly fall ever (first was Dec 2010) since the series began in 1998.

Here's our chart on it - http://www.interest.co.nz/charts/credit/housing-credit

More from the RBNZ:

Page A25 of this moaning's Chch Press : " Property Unstoppable " ... Jazial Crossley reports on what looks like a good time to buy property .....