NZIER shadow OCR board sees no rate move on Thursday, but chances of a cut increase in June from April

Property
NZIER shadow OCR board sees no rate move on Thursday, but chances of a cut increase in June from April

The Official Cash Rate should be kept on hold this week, although there is more weight this month for a cut than in April, according to a shadow Reserve Bank board set up by the New Zealand Institute of Economic Research (NZIER).

The shadow board of nine academics, economists, and business leaders put a 63% weight on the Reserve Bank keeping the OCR on hold on Thursday, down from 68% in April. 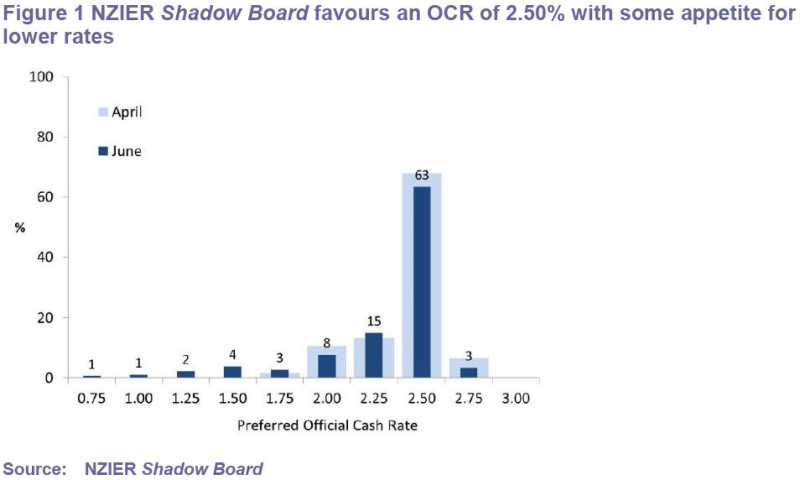 In mid-May financial markets gave an 85% chance of a cut in the OCR, although in recent weeks that has retreated back to under 20%. New Zealand bank economists expect the next move in the OCR to be up, in March 2013. Markets are pricing in cuts over the next year, with this oscillating between a cut to 2% or 2.25%.

Reserve Bank Governor Alan Bollard is set to review the OCR at 9am on Thursday, June 14.

The members of the board are: 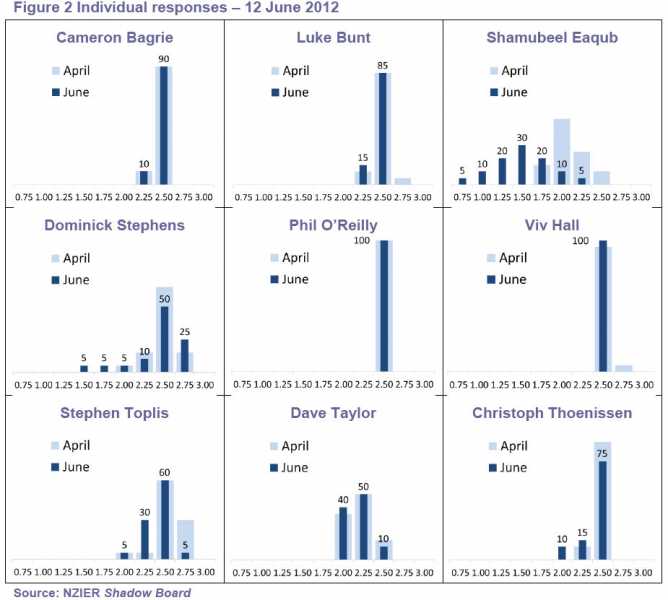 About the NZIER Shadow Board

The Board does not meet but each member is asked to give a percentage value for how much they prefer each interest rate. These values are aggregated to form a collective Board view (see above).

But ... we can't cut - because we need to be able to cut when the bigger disasters hit us shortly.

I wonder whether this group considers whether the OCR and inflation only targets are in fact optimal. Our interest rates still high by international standards- and so sucking money from elsewhere that is more damaging than the demand for any excess leverage- but are relatively low by our own history, and so will encourage local asset bubbles. This paradigm is heading us from an already disastrous 4% current account deficit, to 7% within 2 years by even Bill English's rosy forecasts.

Only Shamubeel Eaqub of NZIER seems keen to challenge this paradigm with his response. I suspect the bank economists understand what the answer should be- which is lower interest rates, with some capital/lending growth controls, but that answer wouldn't suit their banking paymasters.

I agree, Shamubeel rocks.  He's the only one with any common sense among NZ economic commentators....