Property
'No wholesale move by banks to sell people out of their homes,' bank lobby group says responding to Terralink pointing to 'marked upturn' in major banks forcing mortgagee sales 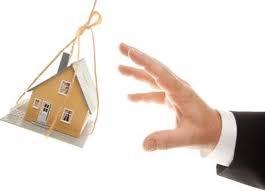 Bank lobby group the New Zealand Bankers' Association (NZBA) has hit back at suggestions from property information provider Terralink that mortgagee sales are rising because of a "marked upturn" in the major banks forcing them, saying the total number of mortgagee sales last year was less than 0.2% of the total number of mortgages and there's "no wholesale move" to sell people out of their homes.

“It’s important to allay any concerns with a few facts. There is no wholesale move to sell people out of their homes. Banks work very hard with customers who find themselves in financial difficulty. People who are having trouble should speak to their bank as soon as possible," Hope says.

"They ask relevant questions about your circumstances and the possibility of any change to those circumstances. It’s in your interests to be up front with banks so they can best help you meet your needs."

'Things have never been worse for property owners'

Hope's comments come after Terralink said its figures show 524 mortgagee sales between January and March, 100 more than during the same period of 2011, and more than the previous first quarter record of 519 in 2010 when New Zealand was "at the height of economic recession."

Terralink managing director Mike Donald says the numbers are a genuine cause for concern, as well as confirming a trend that started late last year.

“Numbers began to trend upward during the second half of last year, back to recession level highs. These new figures indicate we may be a long way off economic recovery. In fact, things have never been worse for property owners. In just three months there were 524 mortgagee sales, that’s 44 a week, or nearly six every single day,” says Donald.

"The figures also show a marked upturn in the ‘big five’ banks (ANZ -National, ASB, BNZ, Westpac and Kiwibank) forcing mortgagee sales. In 2009 the proportion of sales involving tier one lenders was just 36%. In the first quarter of this year, that has risen to 55%," Donald says.

As Battell put it, a mortgage is security for a loan. This means that if you have a mortgage and can no longer meet your repayment obligations, your bank is able to sell that security (usually property) to try and get its money back. This is known as a mortgagee sale.

Terralink says a number of regions are experiencing "dramatic" increases in mortgagee sales compared to the first quarter of 2011. Northland rose 155% from 20 to 51, while Otago recorded an increase of 153%, from 15 to 38. Wellington rose 71% to 41. Elsewhere, some regions, including Hawke’s Bay and Canterbury, experienced a drop in mortgagee sales.

Meanwhile, Donald says although the overall picture is bleak, the number of ‘Mum and Dad’ property owners facing mortgagee sales seems to be dropping.

“If there’s a silver lining anywhere in the figures, it’s the drop in the proportion of individuals with a single property facing mortgagee sales, from 26% in the first quarter of 2011 to 21% this year. On the other hand, there has been a large increase in the number of mortgagee sales for individuals, considered to be property investors, who own multiple properties. The figures indicate this group is under significant pressure, a reflection, perhaps of reduced equity as property values flatten or decline, and increase pressure on cash flows,” says Donald.

It's like a one man comedy show - does Hope speak for all banks, including those recidivist recipients of taxpayer funded bailouts in Europe and elsewhere, or just the ones making off like bandits with our money to Australia.

It was a joke Gareth

What of the "asset lending" sins of the past, its like MIB, where history is [flash] erased from memory...

"On the other hand, there has been a large increase in the number of mortgagee sales for individuals, considered to be property investors, who own multiple properties. The figures indicate this group is under significant pressure, a reflection, perhaps of reduced equity as property values flatten or decline, and increase pressure on cash flows,” says Donald.

Stephen - why doesn't NZ get some capital together to create its own bank ?  Wait, we don't have any, and when we did, we were such piss poor managers of our big bank that it effectively went bankrupt and had to be bailed out by the Govt who then had to sell it off to someone who did have some cash, and the ability to manage a big bank.

Some of us are realistic at least

It's just the inexperienced/foolish property investors getting into strife, while others can make hay from their plight .

I went to a morgagee auction recently that ticked most boxes. ie good condition 3 bdrm Lockwod with large double garage, 900 sq metre section (needing a few week's work on it that a thousand dollars could fix), vacant possession, owners now in Australia, so little likelihod of place being stripped of chattels like heat pump, dishwasher, stove, curtains etc. House in a good location in Otumoetai (Tauranga).

There were 4 parties, including myself, there bidding, they appeared to me to be all investors.

they are marketing these properties -with more SCF financed properties to come.

Vendor ready to meet the market!

These are only the ones that I have stumbled upon, no doubt there are many, many others - the liqudators are tight lipped.

I wonder if the Banks are going to come out and defend their fiat, fictional, fractionally reserved, ponzi money. Or the fact that they are desperate to entrap the last few suckers to keep the Ponzi going?

I wonder how many home owners know they are paying the bank interest on money the bank created for free out of thin air?

Scarfie, you watched this yet?  The NZ credit $9 billion swap with US FED

Phew was he squirming big time or what? Was that a lie in there about lending to foreigners being done before? And hey were is my three grand!

Justice and scarfie - just because a liquidity swap line was and probably still is extended  to the RBNZ by the Federal Reserve does not mean it was drawn down and in fact I am 100% confident NZ never called upon USD liquidity swap lines.

Other countries did, mainly in Europe and I believe Japan was also involved for a short period.

The current amount outstanding is published weekly here, towards the bottom of section 2 .

Hmmm noted. I thought the most interesting part of that comment was the challange to the constitutionality of the swap lines. Although some of course believe the Fed in itself is unconstitutional. Hmmm, irrelevenat for now because they are in this mess and arguments about how they got there don't help don't help them out.

Scarfie...here an article of intrest I read late last year regarding the swaps........ http://seekingalpha.com/article/311765-central-bank-dollar-liquidity-only-prolongs-the-euro-debt-crisis

Now here's what Bernake had to say as recently as March this year..... http://www.bostonglobe.com/business/2012/03/21/policy-makers-see-europe-debt-crisis-less-threat/iWX5jkgQRRJOd39XLSHyGP/story.html

Keep in mind that in 2010 /2011 Geithner had indicated a zero chance of involvement in the Euro Crisis  ....and China announced it was not the saviour of Europe.

And page Eight on here is the balance sheet position as at May2012...start bottom paragraph left side of page ...or where ever you like really....

Bigger fish to fry today Count so will have to keep that lot for later :-)

Christov, I detoured past that Acorn Ave place you mentioned this morning to check it out. As you said, quite a dump. I'd be stunned if it's not bowled ASAP with two new houses in its place...

Stephen Hulme: If the swap line was never drawn down, then WHY did the Federal Reserve show the amount as an "absolute loan" entry on it's Balance Sheet and not merely a note to the BS as an undrawn "contingent obligation"

point me to it

Watch the youtube video .. the Senator was going through the line items with Bernanke.

Check this and this first and I have been told by an RBNZ official nothing was drawn down.

The Dodd - Frank Act also known as the Wall Street Reform and Consumer Protection Act ensures that the Federal Reserve has to disclose who actually received bailouts. The list of recipients was and should still be printed on the Federal Reserve Website.

I can't be certain about the RBNZ not receiving money as it sometime since I read up on this stuff. But I have this annoying niggle that they did receive money from the Fed Reserve.

Money Morning in Australia wrote extensively about the bank bailout topic and the banks in Australia who did receive bailout funds from the Fed Res. Just google search them they are easy to find..

The link below references Money Morning article and provides a link to the Fed Reserve. You might have to copy and paste the link into your browser.