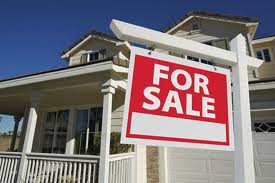 The housing market remains a sellers' market across most of New Zealand with inventory levels falling to another low in Auckland, with just 9,567, or 17.5 equivalent weeks of sales, on the block, Realestate.co.nz says.

ASB economist Jane Turner says the data from the real estate industry suggests the tightening in the housing market is now broadening outside the "hotspots" of Auckland and Canterbury to other parts of the country.

In its latest monthly NZ Property Report, Realestate.co.nz says the level of new listings coming onto the market nationally in September increased 7.6% from August with 11,514 listings in the month, versus 10,365 in August, but is just 0.3% up on September last year. And on a 12 month moving average basis there have been 130,915 new listings since October 2011, versus 125,102 in the previous 12 months, a 4.7% increase.

At 44,063, the number of houses on the block nationwide at the end of September was down 228 from 44,291 at the end of August on a seasonally adjusted basis. Measured in terms of equivalent weeks of sales inventory fell last month to 30.5 weeks from 30.9 weeks in August. This compares with a long-term average of 40 weeks and is down 21% from September 2011.

"Auckland showed another new record low number of unsold houses in September with levels falling to 9,567 or just 17.5 equivalent weeks of sales (down from 18 weeks in August) and versus its long-term average of 32 weeks," Realestate.co.nz says.

The Realestate.co.nz says the market remains a "firm sellers market" across 15 of New Zealand’s 19 regions.

"In total 10 regions reported asking price increases, and 4 regions saw rises greater than 5%. The most significant rises were seen in the Coromandel, Central North Island, Taranaki, West Coast and Nelson regions, with Nelson showing the largest increases, up 10% to $455,705. Of the 9 regions witnessing asking price falls on a seasonally adjusted basis there was just 1 reporting a fall greater than 5% with Manawatu/Wanganui seeing a fall of 7.4%," Realestate.co.nz says.

ASB economist Jane Turner said the decline in total housing listings was still being driven by Auckland and Christchurch as demand continued to outstrip supply. However, she said similar trends were being seen in other regions of the country, suggesting the tightening in the housing market is now broadening outside the "hotspots" of Auckland and Canterbury.

"New listings (seasonally adjusted) fell in September.  Listings in Auckland declined, after showing signs of lifting in recent months in response to stronger demand. This suggests new construction is yet to deliver a meaningful increase in housing supply. However, recent building consents figures do point to a gradual increase in building activity (in both Canterbury and the rest of the country)," Turner said.

"As new housing construction picks up over the coming year, particularly in Canterbury, and increases supply we are likely to see the pace of house price increases slow.  While consent issuance is picking up, the lift remains modest. With the Reserve Bank set to leave the Official Cash Rate on hold until at least June 2013, low interest rates will continue to provide support to New Zealand’s housing market," added Turner.

It all works great while the world sees the Antipodes as the best place in the world to invest their money, and make mortgages relatively cheap for people.  So the suckers (first time homeowners) queue -up to buy houses, with pre-approval in hand.
Getting a loan is easy these days.
It's all fun and games until the banks go bust, and the liquidity dries up.  No more pre-approvals.  All of that happens when the world doesn't see the Antipodes as such a great place to park money for a nice return, anymore.  Those who paid too much for their houses will lose them, or suffer from years of flat prices- while fixing their tenants toilets.
Rents go down in down economies.  Few landlords realize that.  Sell while there is still a market to sell into.

Are these signs of health for the bank that holds your mortgage?  http://australianpropertyforum.com/forum/3210735/

Realestate.co.nz says the level of new listings coming onto the market nationally in September increased
As I have stated before, in the  areas I have monitored since 2006, in the last 18/ 24months or so, 1/3 of all sales are resales withing several weeks/months ....speculators picking up houses in need of a do over, spend 15 to 30 K  then fick off  for between 30 and 65 K gross profit.
Once again we see distortion of the true tends market by desktop stats people taking what is in front of them at face value....seems beyond them to keep records of price/ address/ date, the reference EVERY sale back to its last sale date....
Yep corrected sales are well down, and prices are increasing because of added value.