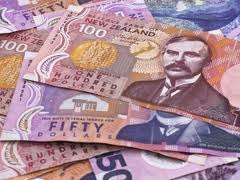 The ANZ Banking Group hierarchy has been grilled over the cash their New Zealand subsidiary has been throwing at residential mortgage customers as it competes aggressively for business, and the impact this is having on margins.

In a conference call with analysts after the ANZ Group issued its first quarter trading update on Friday, one analyst wanted some answers on what was going on in New Zealand.

"Your competitors are telling me that in New Zealand in order to maintain marketshare as you rationalise the branches, that you're giving quite substantial cash backs to home loan customers," CLSA's Brian Johnson told ANZ Group chief executive Mike Smith and chief financial officer Shayne Elliot.

"In the announcement you refer to a tactical initiative. Can you explain exactly what you're doing and run through the accounting for it because some of the numbers that I've heard from your competitors, but more importantly from third parties, are actually quite terrifying for cash backs to new home loan borrowers," Johnson added.

ANZ NZ has been at the forefront of aggressive moves by banks targeting other banks' customers over the past couple of years in a low growth environment. As interest.co.nz reported last June, some banks - including ANZ - have gone as far as paying break fees for customers on fixed-term loans with rival banks in order to win their business. There have also been cash incentives paid and generous discounts to advertised, or carded,  interest rates.

ANZ NZ ran a formal cash offer of up to NZ$2,000 for borrowers, including up to NZ$1,000 towards legal fees and NZ$1,000 cash for new home lending over NZ$100,000 between October 2011 and the end of January. The bank now says it'll still contribute up to NZ$1,000 towards legal fees for new customers but is also running a competition whereby 10 customers will win back the value of their annual mortgage repayments every month. The offer applies to new and existing ANZ home loan customers. ANZ's also offering 20 cash prizes of NZ$2,000 each month. See ANZ's latest advert here.

Responding to Johnson's question, Elliot referred to the cash back offers noting they had amounted to "a few thousand dollars", coincided with the announcement of the phasing out of ANZ's National Bank brand, and customers had the ability to use that money to go and buy furniture for their house.

"The marketing for that gets reflected in the margin. It's accounted for like it was an acquisition cost," Elliot said, adding the cost was amortised over the expected life of the loan. "It was a successful campaign and the team used it to build share."

What goes up must come down?

Johnson went on to point out that a dramatic expansion in New Zealand home loan margins in recent years, largely due to customers shifting to floating from fixed-term loans, seemed to be reversing quickly. He questioned ANZ's assertion its New Zealand net interest margin was likely to flatten off after a recent fall.

Elliot responded acknowledging ANZ could never have total confidence about margins because it operated in a competitive market.

"We're just giving you our view based on what has been happening in the market and what we see competitive pressures being. Our view is what's happening in that (NZ) market place was when we announced our brand change we were an obvious target for competition. We're the biggest bank in the market," said Elliot. "How do you compete? You compete on price and so they (competitors) pushed pricing levers, they did things that impacted the market."

"We have seen that activity slow materially and we've actually seen, in the early part of this year, some margin expansion in New Zealand. It's early days but that's what we've seen in the first six weeks of the year. So based on that and based on our views of the market place, we believe margins will hold. And obviously we have actions available to us over the balance of the year."

In the quarterly trading update ANZ had noted New Zealand margins were softer. This followed its annual results, for the year to September 30, when ANZ's NZ division net interest margin, which covers its retail, small business, commercial and agriculture units but excludes its New Zealand institutional and wealth operations, dropped seven basis points in its second-half year (six months to September 30) to 2.59%.

In his introductory address on the conference call Elliot said: "At our last update we said that margins had likely peaked in New Zealand and this proved to be correct. Partly as a result of intense competition around the time of our brand announcement and partly from a conscious shift on our part to shift the mix of our asset growth towards retail mortgages. At the same time we've seen an increase for customer preference for fixed rate mortgages which are lower margin. Unlike Australia the preference (in NZ) for fixed rate mortgages is high but the tenor is generally short with people fixing for around one year. That tends to produce more volatility in the mix. On the positive side recent activity in that market suggest margins should hold at this level."

Big jump in 90% plus home loans

ANZ NZ also issued its December quarter general disclosure statement on Friday, the first of the major banks to do so. This showed its residential mortgage book, based on its loan-to-valuation ratio (LVR) table disclosure, up NZ$500 million in the three months to December 31 to NZ$53.955 billion. The LVR table shows loans with LVRs over 90% up a massive NZ$731 million in the quarter to NZ$5.027 billion.

An ANZ NZ spokesman said not, saying the dramatic rise was caused by "a reclassification of existing assets rather than any change in lending stance."

Westpac recently confirmed it had pulled back on 80% plus LVR home loans but ASB managing director Barbara Chapman last week said her bank was still keen, and seeing "a lot of good quality business in the 80% plus market."

Reserve Bank sector credit data is showing an uptick in housing loan growth. Figures for the December month show  3.7% growth year-on-year, the fastest rate since 4.1% in January 2009. However, that's still well down on the double digit growth recorded between January 2003 and April 2008, which peaked at 17.5% in April 2004.

Cost of switch to one IT platform reaches NZ$372 million

The disclosure statement also notes a further NZ$18 million worth of costs were racked up in the December quarter stemming from October's move to put both the ANZ and National banks onto a single banking technology platform nine years after ANZ bought the National Bank. Total operating expenses from the move to one platform have now reached NZ$372 million.

ANZ NZ will pay its parent a NZ$465 million dividend before the end of March.