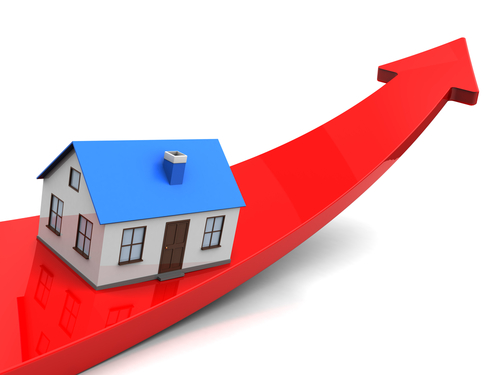 House price inflation across New Zealand is likely to average 11% during this year, according to HSBC economists.

According to the most recent REINZ figures, house price inflation is currently running at just 8.4% - meaning that if the HSBC economists are right, it has some way to rise yet this year.

In a "New Zealand Digest" report, HSBC Bank Australia chief economist Paul Bloxham and economist Adam Richardson, predict that the house price inflation will fall slightly to 9% next year as the Reserve Bank moves to intervene with higher interest rates.

"Overheating in the housing market is very much a concern for the RBNZ at the moment, both in terms of its implications for financial stability and for generalised inflation."

The economists say public consultation on the possible usage of ‘macro-prudential tools’ by the RBNZ has been ongoing in recent months, with an announcement expected soon. If implemented, they expect the RBNZ would impose restrictions on loan-to-valuation ratios (LVR).

"While this could be a minor brake on the housing market, we don’t expect a policy change like this to be a game changer, given that rising housing prices are largely being driven by fundamental factors: strong demand and weak supply," Bloxham and Richardson say.

"In our view, house price inflation is unlikely to moderate significantly until policy rates begin to rise."

While most economists are expecting that the RBNZ will not start lifting interest rates till next year, HSBC says that the central bank might have to move this year.

"The RBNZ has begun to note its concern about the wider inflationary consequences of the strong New Zealand housing market.

"This is a change in rhetoric, with previous commentary mostly focused on the financial stability risks. A stronger housing market is one reason the RBNZ may need to consider lifting rates later this year," Bloxham and Richardson say.

As the RBNZ's own figures show there has been a marked move by homeowners to fix their mortgage interest rates in recent months.

They say it would be "quite a challenge" for the RBNZ to try to slow the housing market with macro-prudential tools.

They point out that some of those restricted from borrowing under any limits on high LVR lending could find ways around the restrictions.

"Potential homebuyers could top up their required deposit with unsecured personal loans, with money from friends and family or from outside of the regulated banking sector.

"In addition, more lightly geared buyers could take the place of some of those restricted from the market, if price pressures ease."

Bloxham and Richardson have produced figures and estimates based on the RBNZ's own internal modelling that assess where house prices are headed.

They say one way to assess the potential impact on the housing market of LVR limits is to assume all potential homebuyers restricted by the new policy borrow in the unsecured market to top-up their deposits.

Given they would make up around 20% of the market, this would raise the average rate paid by all new borrowers by around 20 basis points, the economists say.

"So, using this simple, back-of-the-envelope method, the proposed LVR restrictions can be thought of as equivalent to a little less than a 25 basis point hike in the overnight cash rate."

In the housing market model they have calculated, a 20 basis point increase in rates would take around 1 percentage point of annual house price inflation.

"So our modelling suggests that LVR restrictions of this degree may have only a small impact on the market. This would suggest that the recent rise in migration would more than offset the impact of the LVR restrictions that are being proposed."

It's like a tui's advert, with a $20,000 dollar deposite I can buy a $400,000 home but when I need $80,000 for the deposite all of a sudden friends and family are going to come to my rescue. Yeah right.
I mentioned a couple of days ago the effect of Kiwisaver because I have saved $20,000 and could buy that dream home - but housing is currently a rubbish investment so I wont.
Housing is not a good investment at the moment because if say 50,000 people in NZ are like me and can save $20,000 through Kiwisaver, to purchase a house at 95% finance, then that number could drop to say 5,000 people saving $80,000 through Kiwisaver, family and friends, then borrowing 80% finance.
Today - 50,000 people spending $400,000 into the market adds 20 billion dollars of market capitalisation to the current market.
Tomorrow - 5,000 people spending $400,000 into the market adds just 2 billion dollars.
That's a huge difference to the future demand of existing housing and as the article points out mortgage interest rates have no-where to go but up.

Agreed, property is a rubbish/speculative investment right now. This article doesn't mention the possibility of a wave of fear selling that will happen when all the new young property investors (using their kiwisaver) realise that maintaining your mortgage sucks up well over a third of your income. And that is not including the expense of rates, insurance and ongoing maintenance. It is not a way to life we live in bizarre times.

With a new record median announced today - doesnt seem like HSBC are going to be wrong on their double digit inflation per annum x 2yr forecast.

.....RBNZ restrictions ... unlikely to have impact" thanks for stating the obvious  , something we all know already, apart from the RBNZ it seems  .
I wonder why we pay all those rocket scientists at the RBNZ so much money in salaries , when they could not recognise a dog if it bit them on their backsides
The RBNZ  is TREATING THE SYMPTOMS AND NOT THE CAUSES by suggesting the use of LTVR restrictions to slow borrowing .
We even all  know what the causes are , so why does the RBNZ not know this?
For the avoidance of doubt ...... Auckland needs more land at reasonable prices , unencumbered by all sorts of levies , unreasonable fees and expensive  red tape,  to be  freed up for development.
Its all so simple really , and in the long run its the only obvious and unavoidable outcome .

Its funny because the more house prices go up, the less likely your children will be able to buy their own house. By a property investors rationale, if I was to have a child today, that child 20 years from now is automatically priced out of the market, because house price inflation is GROSSLY out-pacing wage inflation. Thats why as a first home buyer now, they say if you don't buy now you'll never be able to. Makes me lol

Ergo, PI's your rationale is weak, your logic flawed. Anyone heard about the big commercial purchase in Hamilton recently?

I am trying to unload mine in Wellington before they turn to kindling. One down, one to go and still there is bloody Taupo on the volcanic lake.

What if they're not?

With predictions like this from such credible people in the industry, all I can say is... all's well in Landlord land lads.

If you're invested in something financially and/or emotionally of course you're going to be bullish! Like when I bought Google shares I didn't say to myself "well I'm going to buy these and be bearish on them". Use your noggin mate.
I am interested in property, my family has a history in this country for sound commercial property investment, we divested before the 08 crash because we knew what was happening, and we know the same thing again. When everyone knows about an investment, its not a good investment. When you find it yourself and not many people know about it, then you're on to a winner.

Also, in my opinion there is no property shortage, theres thousands of places to buy and many to rent in Auckland. Immigration is pretty steady, so when someone tries to bully me into making an investment ("buy now or you will miss out forever") I know that its a shoddy allocation of capital at best.

But we are still happy... which makes us different from so many other people on interest.co.nz

Hi Zanyzane and YL - I'm interested to know why would someone (ie you!) invested in propoerty and probably considering investing more would want to be telling everyone that it is a great time to invest?! You're pushing up the price. Is it an overwhelming emotional reaction that makes you spread the good news despite the rationale approach being to stay quiet? What's the story?

Muppet King - The best common sense I've heard on this website in quite a while.