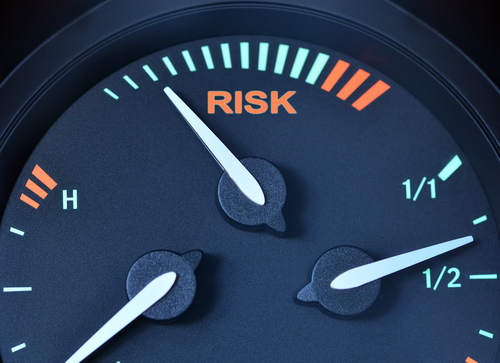 Some banks had so many pre-approved high loan to value (LVR) mortgages that they would have breached any limits placed on high LVR lending straight away, the Reserve Bank says.

The RBNZ has released further information on its plans for so-called "speed limits" on loans comprising more than 80% of the value of the house being acquired. The central bank is still not indicating when such measures might be introduced.

One of the main changes from the central bank's initial proposal for how these speed limits would be applied is that there will be a one-off "transition period" during which banks can "smooth" their high LVR lending over a rolling, six-month, period rather than the three-month period that will usually be applied.

The RBNZ's introducing the speed limits to protect financial stability, but also with the aim of slowing the overheating house market.

In a document outlining responses to a recent consultation process held into the proposed LVR limits, the RBNZ said there had been 20 submissions, including 10 from banks.

"Submissions noted a variety of technical challenges that banks could face in meeting LVR restrictions, should they be introduced," the RBNZ said.

"These reflected both one-off issues, in the form of a substantial pipeline of high-LVR pre-approvals, and changes that would be required to forecast and monitor flows of high-LVR lending.

"Banks requested some form of tolerance, both over an introductory transition period, and on an ongoing basis."

The RBNZ said it had sought additional information from banks regarding their stocks of high-LVR pre approvals, and likely drawdowns.

"The data confirmed that some banks could potentially breach an LVR restriction, even if they were to cease all new approvals of high-LVR lending as soon as it came into force.

"Accordingly, we have modified the framework to allow for a one-off transition period, during which banks could smooth their high-LVR lending over a longer, rolling, six-month period (rather than the normal three-month period)."

The RBNZ acknowledged the the practice of issuing unconditional loan pre-approvals for a six month term could make it difficult for banks to manage flows of high LVR lending within a speed limit measured over a three-month period - hence the transitional deal agreed to.

However, the central bank would expect that banking industry practice would "evolve" for example by reducing the terms and/or volumes of high-LVR pre-approvals, and/or tightening conditionality around high-LVR lending pre-approvals.

"These would be matters for each bank to consider as part of its risk management strategy."

The RBNZ said that submissions to it had included examples of a "number of ways" in which banks could contrive to avoid LVR restrictions and had therefore now put an "anti-avoidance" section into the banking supervision handbook.

This "non-exhaustive list" of methods that banks could use to get around LVR limits is comprised of:

The RBNZ said it recognised that "such arrangements" could be used for legitimate business purposes, and as such it was not ruling out those uses.

"Rather, the Reserve Bank’s expectation is that banks will not exploit or promote such arrangements to avoid the LVR restrictions," it said.

Should concerns arise, the Reserve Bank would look closely at the extent to which, and over what period, any registered bank was increasing its use of such arrangements, measured by total volume or as a proportion of all of its residential lending. The RBNZ would also be concerned about more prominent marketing of products based on such arrangements.

"If at any point it appears to the Reserve Bank, taking into account the considerations above, that an individual bank is entering into arrangements to avoid any LVR restrictions, or is systematically exploiting areas of uncertainty in the definitions, the Reserve Bank would consider taking action against that bank."

Such action could address the concern directly by varying the standard LVR conditions or by imposing an additional condition relating to LVRs, or could take some other form as appropriate.

"The Reserve Bank has also considered the case for proscribing avoidance activity through a condition of registration but is not following this path at this point. It does not rule out the introduction of such conditions in the future should it prove necessary."

Some submitters had raised the question of "targeting" of LVRS on a regional basis and also aimed at investors.

The RBNZ said it did not rule out such targeting in future "if risks were found to be significantly concentrated in particular segments of the housing market, such as investors".

"However, the potential costs of a more targeted approach include a higher probability of circumvention, the risk of introducing other distortions into the housing market, and a number of practical difficulties, including how best to delineate and measure the targeted segment."

This is the dumbest knee jerk reaction to normal market forces by a Reserve Bank  that I have seen since the Zimbabwe Reserve Bank got involved trying to steer in the markets there .
The Auckland house prices have gone up by a mere 12% this year
If the New Zealand Stock exchange went up 12% per annum , no one would bat an eyelid . It would not even get a mention in the Herald .
We might even be upset if the NZX did not go up by more 12% in the current market
The RBNZ intereferance  will do nothing to slow the Auckland market down for the following reasons

I would like to know how Auckland house price increases will cause economic instability ?

Boatman: you're doing it again - ranting
This is a supply side problem and will not sort itself out until the supply of land is increased to take the heat out of the market

A "supply side" functionary who can't or won't supply answers when challenged
Supply-siders chant their mantra more, more, more but never explain "where, who, how"

Looks like its the Banks who supervise the RNNZ.  I had though it was the other way around.

Well said boatman. However comparing the Stock Exchange with property prices isn't strictly correct.
The SE relies far less on borrowing to buy shares as compared to property.
The RB is concerned about the total amount of borrowing secured against houses rather than actual prices being paid.

I think the Reserve bank is more concerned with the highly leveraged borrowing.. rather than the total borrowing  and only in regards to the risk it might pose to the financial stability of the Banking system... if we should have another GFC or something.
I don't think they are trying to influence house prices thu this...  LVRs'

Thanks for highlighting that important difference between the property market and share market BD.  The reserve banks actions do give confidence to investors (including owner occupiers) in real estate by muteing the highs and lows.  What we need is a predictable rate of inflation and that is acheived well over the long run.

Posters further up the thread would do well to remember this isn't about what house prices have done in the last 12 months, its about what they've done since banks first persuaded governments to start de-regulating in the 1980's. House prices are so far out of whack with personal incomes that banks and 'investors' need to be saved from themselves. We only just dodged a bullet in 2007/08, does anyone really want to see a 1930s style depression? The western democracies most recent record makes a very poor advertisement for unregulated free markets.

Exacally, and it seems the above poster have not  read the RB statement  fully, or understood that that thats what the RB is saying...
And sems the banks, once again dont wish to co operate with the RB in doing sao, but rather maintain the same actions which eventually resulted in the sub prime debackle
The 2 crittical issue that caused the biggest crash since the 1930s ... Banks loan to deposit ration and min deposit on large value items...new cars, property.....in the name of Reginism, thatcherism , Douglas ism... which makes the asumption the market will find it own level and that human greed maniluplation of such unregulated markets will not happen

Agree Steptoe.
I'm in the frustrating process of trying to finance a property development in Christchurch. My LVR will be below 80% but the banks require my income to be at ridiculous levels as they perceive the project to be "risky". This comes at a time when Christchurch has a genuine shortage of housing and requires a restoration of core housing stock. What I find frustrating is dealing with a banking industry that is obsessed with affordabilty and has little understanding of property cycles, along with the concept of capital preservation as the first consideration of investment. The above article proves that they will fund 90-95% of a property purchase purely based on affordabilty and little consideration for loss of capital in the face of a price correction. The RBNZ also recognises this and are forced act to reign in risky lending practises.
In my opinion, the banking industry's understanding of risk is back to front.