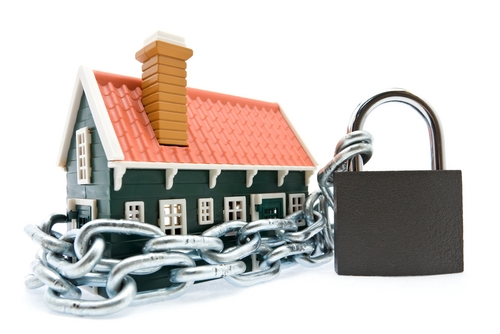 John Bolton, principal of Squirrel Mortgages, operating in central Auckland, said the fact that many buyers would now not be able to go unconditional straight away on house offers was likely to have a significant impact on the auction process.

Auctions have become increasingly popular as a form of selling houses, particularly in the the Auckland market.

The Real Estate Institute says about 40% of houses sold in Auckland during August were done through auctions.

Bolton told TVNZ that all borrowers seeking over 80% of the money to buy a house were now "going to have a whole lot more hoops to jump through".

"I think the big implication for that is with auctions because an auction is an unconditional purchase and the reality is that all of these people are going to be heavily conditioned now so I think you are going to see a lot less auctions and a lot more price by negotiation."

He is expecting that in the early stages of the LVR limits there will be a drop off in people seeking mortgages.

"I guess in terms of our business we are thinking it might drop it by about 30%. That’s pretty significant.

"With that sort of drop it has to have some impact on the housing market and I think we are already seeing anecdotal evidence of that already.

"Apparently the open homes this weekend were a lot lighter and there were a lot less offers put on properties. Particularly in the areas you would expect. In the Auckland market places like West Auckland and maybe south Auckland and the top of the North Shore."

Bolton said that the anecdotal suggest was that potentially about 30% or 40% of would-be home buyers would now be unable to buy.

"The reality is I think it’s going to be a lot higher than that early on – probably as much as 60% as the banks sort of wrestle with how they make this work because they are going to be conservative to start with."

Good. I might be naive (actually, I know I am compared to the sages who usually comment on here...), but I know how *I* feel in a competitive situation - especially when you've spent over $1k up front on due diligence! - and it seems to me auctions in a market where supply is short and everybody knows it and credit is relatively easy to come by is just asking for people to get desperate, competitive, and stupid and thereby making things worse for everyone, themselves included.

Good - agreed: Mortgage Brokers and Real Estaties are the Snake-Oil Merchants of our time.

Please let this be true. The auction system imposes extra costs on everyone involved for little benefit.

Auctions only benefit the Agent in 90% of the transactions and Banks are not the only source of mortgage finance. We still have 90% LVR mortgages at pretty much Bank rates but this may change soon. ilender.co.nz