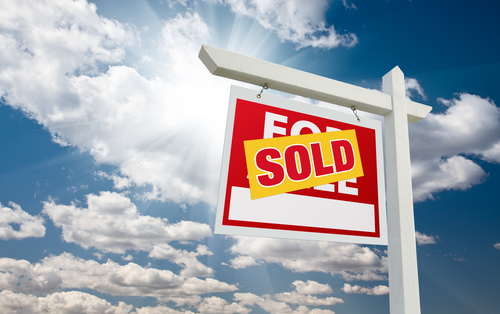 The growth in house prices has continued to slow again in the past month, with the annual increase to April moderating to 8.4%, well down on the 10% peak reported in December..

The figures released by government valuer Quotable Value suggest that the Reserve Bank's 'speed limits' on high loan-to-value lending are continuing to have an impact, though perhaps this impact is now starting to weaken.

In April the average price nationally edged up slightly to $468,383 from $466,665 after slipping back marginally in March. In the heated Auckland market, prices have continued to climb, albeit at a slightly slower rate than since before the LVR restrictions were introduced in October.

QV's national spokesperson Andrea Rush said that after national property values took a downward turn in March, the "predictions" were that prices "level out", but instead the "trend" now showed values were starting to increase again.

"The nationwide index for April shows values accelerating at a similar rate to last year and Auckland values have also risen across all five main former territorial authority areas after a few months of slowing earlier this year."

Rush said more recent data was now suggesting that first home buyers - those most affected by the imposition of LVR speed limits - were now starting to find other ways of raising finance.

After the LVRs were introduced the banks pulled back severely from low deposit lending. Data for the first six months of the restrictions showed that high LVR residential mortgage lending had fallen to just 4.8% in March well below the 15% threshold including exemptions that the RBNZ intended.

It is being speculated that the LVR speed limit may be relaxed as soon as tomorrow, with the RBNZ's Deputy Governor due to make a speech on property.

And there had been previous speculation that the RBNZ might announce changes to the LVR speed limit in the Financial Stability Report, which comes out on May 14, the day before the Budget. Interest.co.nz has published similar speculation.

The imposition of the LVR limits, which applied from October 1, was actually announced in a speech - though this one by the Governor Graeme Wheeler - on August 20 last year.

The limit was set at 10%. This meant that banks could not commit any more than 10% of their new mortgages to loans in excess of 80% of the value of the property.

But while the limit was per se 10%, there were certain categories of mortgage that were exempt. The RBNZ had expected that the overall limit would therefore work out to around 15%.

In the event the RBNZ has admitted surprise at how low the proportion of high-LVR lending has fallen and a speech delivered in Hong Kong by Spencer in March stressed that the LVR limits were temporary and appeared to be laying the groundwork for the relaxing and eventual removal of them.

Here is QV's wrap-up of the scene around the country:

Property growth in the Super City region continues to rise, up 13.9% year on year and 1.5% in the past three months.

Values in Auckland City Central are showing the largest increase over the past three months, up 5% since February, while the North Shore - North Harbour increased 3% and Rodney North was up 2.9% over the same period.

QV Valuer Bruce Wiggins said, “Values are still increasing but at a slower rate than last year and some properties are taking a little longer to sell.”

“The number of sales is down on late mid to late last year and we have begun to see price reduction stickers appearing in some areas, which have been a rarity up until now.”

“This could show that sellers are needing to re-align their sale price expectations to the true market trends and the fact that market conditions are less competitive than they were prior to October last year when the LVR speed limits were introduced.”

“With the Kiwi dollar higher against other major currencies including the Chinese Yuan overseas buyers, as well as migrants from China and other major migrant groups, have had their purchasing power reduced, which could be contributing to softening prices a bit too.”

QV Valuer Richard Allen said, “There continues to be minimal activity at the lower end of the market since the Loan to Value Ratio limits were brought in.”

“Although the values increased slightly for March there has not been lot of activity across the board with most of it in the middle to upper market. Suburbs such as Huntington and Rototuna continue to sell well with suburbs such as Fairfield, Nawton and Melville being less popular.”

“Rental levels have increased, which is likely to be caused by less first-home-buyers purchasing and opting to rent instead.”

Values across the Wellington Region as a whole are up 0.6 % over the past three months.

Wellington West is the market leader with values there up 1.4% since February, 4.6% year on year, and 2.5% above the previous peak of 2007. The average value in the area is $607,444 which is also the highest in the Wellington region.

QV Valuer, Kerry Buckeridge said, “Buyers who have been in the market for property for some time are now knuckling down to make some decisions so that they have time to lock in a good interest rate before further rate rises.”

“There is no lack of supply in most of Wellington and the excess of choice often leads to slower decision-making from potential buyers.”

“Sales activity in the Eastern suburbs, previously has been driven in popularity by Peter Jackson and Weta Workshop projects, is currently in a lull with no projects underway however values there are still up 2.1% since April last year.”

“Tenant demand for inner city apartments is high, particularly from people wanting to rent studio and 1-bedroom apartments, with good rentals being obtained and some landlords noting full waiting lists.  These apartments are proving capable of generating attractive net returns for investors”

Property values in Christchurch City have decreased 1% over the past three months, but are up 7.9% since April last year and are 19.1% higher than the peak of 2007.

QV Valuer Daryl Taggart said “The market is flatter at the moment and while there is the usual activity there doesn't seem to be the hype and fierce competition for property seen this time last year.”

“Some properties are on the market longer as vendors hold out for the right buyer, which could suggest there is a bit more choice in the market.”

“The general feeling is that the market has steadied although we are still seeing growth, just not that rapid rise of early 2013. In some areas, I would suggest that properties have increased very little in the last year, as there are not the buyers that are prepared to pay over the odds.”

QV Valuer Duncan Jack said “Value levels within Dunedin remain steady and demand continues to be fairly strong for the majority of properties currently on the market however listings are low for this time of year.”

“Buyers are cautious, perhaps with one eye on the rising interest rates and real estate agents are finding they need to work hard to achieve sales.”

“Activity in the lower end of the market continues to be at lower levels than prior to the LVR changes brought in on October 1.”

The majority of values in the provincial centres still remain below the previous peak of 2007 with the exceptions mainly being centres or districts closer to Auckland and Christchurch where the property markets have increased significantly since that time.

In the North Island, New Plymouth District is one region that has gone against this trend and values there are up 1.1% in the past three months, 5.7% year on year and 5.9 % since the previous peak of 2007.

In the South Island, Nelson City is also above the previous peak of 2007, however the city has benefited from migration from Christchurch since the earthquakes. Values there are up 0.3 % in the past three months, 3.1% year on year and 5.3% since 2007.

Actually house prices picking up again.
YoY numbers are not comparing house values to the same fixed point.  Imagine if you tracked the value in gold purely on YoY numbers? You'd be almost as confused as most people are about house prices.
Index up over past 3 months = price of same house likely to be up over those 3 months, whereas last results had this value dropping.  View graph of raw index value gives by far best idea of what's happening.

Good point regarding the faults of YOY price growth - agreed.

But close the scale on the graph above.  Prices look pretty flat last 4 months!  That steep upward slope for the preceeding x number of months has flattened.

Thanks Dan, so Remuera too then, hehe :)

That balloon just keeps getting bigger...