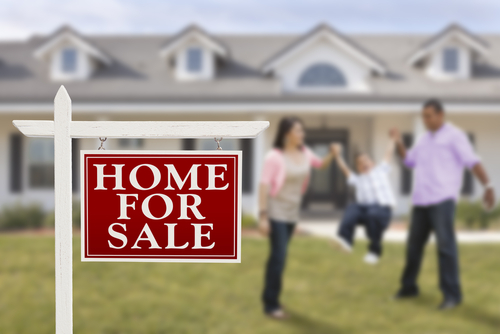 The number of new house listings nationally dropped by a seasonally-adjusted 2.3% in May, according to Realestate.co.nz.

However, the under pressure Auckland market saw a 3% rise in listings.

The national drop was largely due to big falls in new listings in places such as Waikato and Bay of Plenty. Between April and May 2014, Waikato saw a seasonally-adjusted 14.5% drop in new listings, while Bay of Plenty had a 10.8% fall - although that drop followed a perhaps rogue 15.6% rise the previous month.

The ASB, which has now changed its call on interest rate rises this year and is picking another Reserve Bank hike in rates next month, said that the housing market remained very tight, although it was encouraging to see some improvement in Auckland and Canterbury.

ASB economist Christina Leung said there had been strong growth in residential construction in Auckland and Canterbury in recent months, "and we expect these two regions will lead construction growth over the next couple of years. This should take some of the pressure off the housing market in these two regions over the coming years".

"For now though, the continued pressures in the housing market remain a concern to the RBNZ, as highlighted in yesterday’s June [Monetary Policy Statement]. The RBNZ is particularly concerned about the boost strong net migration inflows will have on housing and household demand. With little sign given by the RBNZ of an imminent pause in its tightening cycle, we now expect the RBNZ will follow up with another OCR increase at the July OCR review."

But despite the fall in national listings, the number available for sale - expressed in weeks worth of houses - increased to 31.2 weeks, from 28.9 in April, while in Auckland the figure increased to 16 weeks from 15.1.

The latest Auckland figure compares with just 12 weeks worth of houses available for sale at the same time a year ago.

The increase in inventories, however, appears more a product of the drop in sales nationally that has occurred since the Reserve Bank introduced 'speed limits' on high loan-to-value lending in October.

The RBNZ has welcomed the fall in house sales as a sign that the LVR restriction is working, but vendors remain reluctant to see prices follow sales volumes down.

We don't get any NZ news at all across the ditch, but today is a special day;
http://www.brisbanetimes.com.au/business/comment-and-analysis/kiwis-show...

And the median price sold information?

This is realestate.co.nz data, which is listings data.  They don't have sales data.  That should come out in a couple days from REINZ.

Thanks DT.
I had an expectation that the REINZ data was to be released today based on this from David Chaston yesterday:
The REINZ was expected to release its May transaction data today, but have delayed it now till Friday.

REINZ data is out.  You have to go to the very last line to find out what is happening with prices.

Our course the fact that prices were not in the headline already told us they must have dropped.  Nothing like relying on an impartial data source for measuring activity in the backboe of the economy.

It certainly doesn't match the trend predicted by the raw migration figures. However, for those thinking prices were being set by offshore funds it is a better match as a lot of the recent immigration has been rebuild labour that is not in a position to make winning bids on Auckland homes. Despite immigration Foreign Exchange transfers have been pretty flat.

I've always figured there will be a big lag between migrants arriving and migrants buying.  First you rent a flat, then you get a job, then you start looking.  If want a nice house in Auckland your probably going to be looking for up to 12 months.  So in another 6 months we might start seeing an effect.

Thanks DT. I have certainly seen more upbeat commentary from REINZ.

They will still be working on cooking the books to make it look positive as always. Talk about being investigating yourself.

...they'll be scurrying around alright!!

I noticed Unlimited Potential just listed 19 properties on trade me.  Yet they aren't new listings, most of them are just being relisted because they haven't sold.

Yeah i've noticed a bit of that lately across all agencies.  I wonder how much it is costing them to relist, to hide the fact the property has been sitting on the market for more than a month.  Anyone know the trademe listing fees?

Wow...the correction is going to be epic.  We saw the exact play in 2005-2006 in America- low interest rates rasied quickly, then crash, then "ooops!" lowered rates again, but by then we have the GFC.

... very good point ... they had a massive oversupply in the USA ... they built 2 million houses more than the country needed ...

Not at all the situation in NZ ... we've put 2 million handbrakes & hurdles infront of any individual or property developer who's trying to get a house built ...

According to David Chaston China curently has 50 million vacant household units.  Could that adversely effect the Chinese economy?

If so, what would be the consequences for NZ and Oz?