Westpac thinks the Reserve Bank will hike the OCR again next week, then hit the pause button until next year

Westpac thinks the Reserve Bank will hike the OCR again next week, then hit the pause button until next year 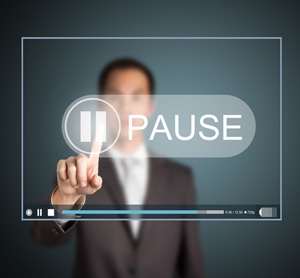 Westpac believes the Reserve Bank will raise the Official Cash Rate next Thursday and then pause for a cup of tea before resuming interest rate hikes next year.

In his latest forecast on the Reserve Bank's intentions, Westpac chief economist Dominick Stephens said the decision to raise the OCR next week was supposed to have been be a slam dunk, but the arguments in favour of increasing it are now less compelling. So far this year the Reserve Bank has increased the OCR three times, by 25 basis points each time, to 3.25%.

"After the June Monetary Policy Statement we were in no doubt that the Reserve Bank planned to hike the OCR by 25 basis points at the July OCR review, unless of course some extreme data surprise came along to cancel the hike," Stephens said.

Although there hadn't been any extreme events since then, there had been a "constellation of economic developments" over the last few weeks that raised questions about the urgency for OCR hikes, he said.

They included sharp declines in dairy and log prices and the New Zealand dollar moving even higher than it was earlier in the year.

Also, the economy had lost some momentum and fixed mortgage rates, which the Reserve Bank had considered too low, had risen sharply.

The only upside indicator over the last few weeks had been stronger net immigration.

"After mulling this plethora of downside developments, we are sure that the Reserve Bank will conclude that the requirement for OCR hikes has attenuated - but has not been eliminated," Stephens said.

"The June MPS showed that the Reserve Bank expected to lift the OCR by 1.5 percentage points over the next two years.

"The requirement may now be for the OCR to rise by only 1.25 percentage points."

Stephens said he still expected the Reserve Bank to raise the OCR next week, but he doesn't expect any further rises until January.

"Such a pause was always the Reserve Bank's plan," he said.

"Whereas we previously expected the hiking cycle to resume in December 2014. we now anticipate a lengthier pause."

So "Kimy" please explain to those of us who clearly don't understand why what Wheeler does impacts positively or negatively the banks "set to make record profits" - really keen to get an intelligent answer.

Agree Grant A - no surprises there I think to any one with a shred of knowledge about how the economy actually works. For example Kimy, what does bank record profits really have to do with the OCR increasing? I'd love to hear given I work for a bank and am in finance. It might provide some "sound" advice for me to onlay to my customers. Or not.

It's almost like groundhog day watching the ridicolous comments from the same users.

Its worse than that Mobile, when they've so frustrated some of the really intelligent contributors on here that they leave the site, these types then often go and change their user names and come back onto the site spouting the same stuff and pretty quickly re-identifying themselves - I guess that should come as no surprise.

I also work for a bank... and I would have thought you would know why this is correct. A rising OCR indirectly influences the number of people fixing their mortgage, and as "most" people know banks make the highest return in the fixed market.

An example of the damage being done to companies in NZ by Wheeler with the totally unjustified OCR increase and ridiculously high dollar - "The high dollar has claimed more jobs in New Zealand’s manufacturing sector with Buckley System’s announcement today that 36 jobs may have to go at its Mt Wellington site. "This is really sad news, but unfortunately it’s not unexpected," says Ahlene McKee, EPMU lead organiser. "With a drop in orders and the exchange rate continuing to punishing Kiwi manufacturers, the company is having to make some hard decisions. "For years now we’ve been calling on government to take serious action to bring down our over-inflated dollar and support well-paid, highly-skilled jobs in manufacturing. But they’ve done nothing.

Steven Joyce said recently "It is actually quite phenomenal how the New Zealand export sector has successfully adapted to the growth of Asia and the strength of the New Zealand dollar." So Mr Joyce - how does the loss of 36 jobs at Buckley Systems fit with your statement? https://www.national.org.nz/news/news/media-releases/detail/2014/05/01/…

This from 2 days ago.

"The number of jobs advertised online is growing across most industry groups and occupations, government figures show.

The latest Jobs Online report from the Ministry of Business, Innovation and Employment (MBIE) said skilled vacancies rose by 2.5 per cent in June, while all vacancies increased by 1.7 per cent compared with the month before.

Online job ads continue on the up

Grant A, is Taxman also one of these ones that have changed their user names, and probably pretending to work for a bank. Or even worse, does work for a bank and doesn't understand the fundamentals of banking. Taxman, you are the opposite of right with your comments around banks making more from fixed loans. Banks make more from floating loans in terms of NII (NII = Net Interest Income just in case clarification of the Acronym is required). God save us.

Yes that is the frustration, people with very clearly no knowledge on a subject  making bold statements as if fact. Incorrect facts such as strong migration is all to do with the Chch rebuild when in fact the stats show less Kiwis leaving and more Kiwis returning are the issue.

Err no. I have used this name since the inception of this site. Please answer these two questions, why is revolving, the product with the one of the highest NII, also one of the least profitable? Why would we even offer fixed rate products? There is more to profit than just NII. We made more money this financial year with a higher portion of fixed mortgages than we did last year. I am actually a pricing analyst and I do spend quite a bit of time on this site for business purposes but I also enjoy spending some of my private time here as well.

Taxman, you should change careers. It's not rocket science, revolving credit facilities are far/ at least more profitable than fixed debt (around let's say 150 BPs to 200 BPs depending). Banks fixed rates are say 80 BPs - 140 BPs largely depending on discounting etc. At present banks are mostly not making 140BPs on most fixed debt as the market is competitive enough not to allow that. The main reason banks offer fixed rates is because there is a demand and let's say a bank refused to offer fixed rates. What do you think would happen? Customers would leave to other bank that offer fixed rates and there would be no lending book left. It of course also offers the bank some security in terms of longevity of business. Hope that helps further your understanding.

I am not going to continue this conversation as it is fairly likely we work for the same organisation (I'm guessing a 25% chance) and if you are a lender I am pretty sure you do not have access to information we use to set prices. It certainly is not as simple as you suggest. You seem to be focus on a given point of time (where only the margin matters) whereas I am aware of the bigger picture i.e. the longer the duration the more the difference becomes pronounced. A customer on a revolving product normally ends up paying roughly 2% less interest that one who is purely floating, despite the fact that there is a larger margin. Fixed products have other income sources i..e break fees. I would love to be able to explain in more detail about the other factors that influence this but as I am sure you are aware there is certain things we cannot disclose.

Grant A, that's probably me for another six months; why bother? I think Kimy is probably on drugs and Taxman misinformed. Also Taxman I wouldn't say 25% is "fairly likely", and there are more than the 'big 4' banks in the market, therefore your maths is somewhat as accurate as your comments around fixed v floating revenue gathering. You and Kimy should meet up for a tea party.

LOL...six months ?  Don't go, I can see I'll miss you very quickly. However, fully understand that sentiment, and for the same reasons I'm here less and less but haven't quite fully pulled the plug yet, but suspect is not too far away.

Do all you bank employee's bosses know that you guys are not working and instead are posting on interest.co.nz during work time?