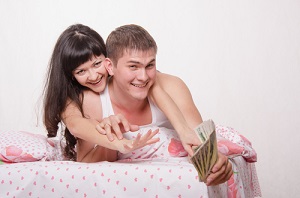 Housing became a little more affordable for first home buyers last month thanks to a combination of falling mortgage interest rates and a slight drop in lower quartile house prices.

According to interest.co.nz's Home Loan Affordability Reports, the mortgage payments on a home at the national lower quartile selling price would have consumed 23.1% of a typical first home buying couple's take home pay in June, down from 25.24% in May.

In dollar terms their mortgage payments would have declined by $31.56 a week.

Even first home buyers in Auckland would have benefited from the changes, with the weekly mortgage payments on a lower quartile priced home in the region dropping from $821.83 a week in May to $794.96 a week in June, providing a saving of $26.87 a week.

The Home Loan Affordability Reports calculate the mortgage repayments on the REINZ's lower quartile selling price in each region, and calculate how much of a typical first home buying couple's income that would consume.

The mortgage payments are based on a 25 year mortgage at the average of the major banks' average interest rates for a two year fixed rate loan, while typical first home buyers' after tax incomes in each region are based on the regional median income of a couple aged 25-29, which is taken from Statistics NZ's Linked Employer-Employee Data Survey.

The deposits needed to buy a lower quartile-priced house in each region are calculated as the lesser of 20% of the purchase price, or the amount that would be accumulated if the couple saved 20% of their net income for four years, and earned interest at the average 90 day bank deposit rate.

The biggest driver of the improvement in affordability last month was the change in the average mortgage interest rate, which fell by 0.3% to 5.31% in June compared to 5.61% in May.

That is the lowest average two year fixed mortgage interest rate since interest.co.nz started calculating the data in January 2002.

The improvement in affordability was also aided by declines in the Real Estate Institute of New Zealand's lower quartile selling prices in eight regions around the country.

In Auckland the decline was much more modest, with the lower quartile price declining by $2500 to $614,000 in June.

That is the lowest it has been since January last year, and along with the drop in interest rates saw weekly mortgage payments on a lower quartile priced home in Wellington decline by $47.56 a week.

The four regions where affordability for first home buyers worsened in June - Manawatu/Wanganui, Taranaki, Central Otago/Lakes and Southland, all posted substantial increases in their lower quartile selling prices, which more than wiped out the benefits of the fall in mortgage interest rates.

While the improvement in first home affordability would have been welcome in the eight regions in which it occurred, housing remains seriously unaffordable for first home buyers in Auckland.

The interest.co.nz First Home Loan Affordability Reports consider mortgage payments to be affordable when they do not exceed 40% of take home pay.

By that measure, buying a first home (at the lower quartile selling price) remains affordable in all regions of the country except Auckland, where the mortgage payments would eat up more than half (52.14%) of a typical first home buying couple's take home pay.

Up until two years ago, housing was still affordable for first home buyers in Auckland because the mortgage payments on a lower quartile home would have taken up 38.73% of a typical couple's income in June 2013.

Although the average mortgage interest rate has dropped from 5.49% to 5.31% over the same period, that has not been enough to offset the massive rise in house prices.

Neither has the increase in incomes.

Over the last two years, the median take home pay of a typical first home buying couple in Auckland has risen from $1488 a week in June 2013 to $1525 a week in June 2015, an increase of just $37 a week, while mortgage payments on a lower quartile priced home would have increased by $218.41 over the same period.

Essentially, rapidly rising house prices in Auckland have far outpaced both falling interest rates and rising income levels, and unless there is a significant fall in house prices or a substantial jump in incomes, housing is likely to remain seriously unaffordable for first home buyers in the region.

The interactive charts below track how first home affordability has changed in each region since 2002 .

I would have thought the main issue for first home buyers in Auckland was the fact that you now require a $123k deposit to get into a first quartile house as these prices are now well beyond the $550k limit for the housing NZ welcome home loan. I wonder whether you need to change the first home definition in Auckland to a first quintile (or lower) home. If you are going to stick with the first quartile definition then clearly stating how many years it would take to save this deposit would be worth highlighting more prominently (I realise this information is in the individual regional reports).

And even if (when) they rachet up the 550k upper limit for welcome home loan to 625k (ish), they still need 10% which is 62.5k, but more importantly, banks will shut them out on serviceability taking a conservative 7.5% interest rate going forward (not gambling that record low rates will remain for next 20 years!).

At 7.5%, with 62k dep, a 625k house has $810 per week interest a lone (compared to rent for equivalent 600k house of around $600 per week). And anther $150 per week rates, insurance, maintenance, best part of a grand before any principle is being paid. Probably 1200+ per week with principle over a 30 year term. Good luck getting ahead with that sort of mortgage in an expensive, time consuming city like auckland

Anyone locking themselves into those sorts of repayments on an average income needs to seriously question dreams of upgrading or having children in future.

I think rents are bad in Auckland but you'd have to be funny in the head to purchase now. The opportunity cost is just far too high.

If I held the view (I don't) that people spending like crazy is good for the economy I would be seriously worried. Because even if young people starting out manage to buy a property at these prices it will be decades before they have a cent in their pockets. And they won't be spending much in their whole lives.
Same for renting in Auckland actually

Great I can afford more debt to buy that over valued Auckland do-up. I wonder if interest rates will go up over my 30 year term?...... Nah she"ll be right mate

most first home buyers nowadays don't benefit from anything as their mortgage is overpriced and they have joined the party too late.
If they are smart they will take advantage of low interests to pay debt as quickly as possible before the big correction finds them over-leveraged.

..or forget about the whole "property ladder" dogma and sell now when they can.

absolutely right... Incomes to House prices are a critical measure of a bubble. NZ's other bubble (dairy) has burst and next will be Auckland.

Combine that with a collapsing china, (and its flow on effects to the land of oz) and El nino drought expectations and we have a perfect storm.

But don't worry, the currency will drop like a lead balloon so the pain is shared evenly (watch out city slickers). Hmmm $2.50 per litre petrol anyone?

Milk auctions project $2.50-$3.00 by year end... a consequence collapsing Chinese demand. All of this on the back of a 4 fold increase in Chinese "private" debt since the 2008 GFC.

Oh and if you think this is all the bad news then just wait till the inflation monster comes out of the closet. The world is awash with money and its sitting in "bank reserves" Once the Fed increases interest rates in September that will flow on to bank base costings and it will increase probability banks will pull reserves out and start investing it in the real economy.

The world is inter-linked and little old NZ has been in self denial for quite some time now. The rockstar economy needs to get off its addition to debt.

Thanks oh gracious John Key - economic Mystro - your government has tripled NZ government debt while on your watch and NZ national voters love you for it! Time to jump ship before it sinks - smiling assassins always never get caught. You would think someone who has such an economic brain would not simply take the easy road and increase the debt burden over 7 years but be more smart. Remember scrooge Mcduck Cullen? He gave you a New Zealand close to ZERO NET GOVT DEBT. That was his legacy. Muldoon would be proud of your national party....

does this also take into account all the increases in costs associated with owning a higher priced house
I am surprised this does not pull through to inflation figures
http://www.stuff.co.nz/business/70491205/the-costs-of-owning-a-home-have...

I think you will find "technology advancements" and worldwide "private debt saturation" has had a large impact on spending and pricing intentions. There is also some fiddling going on world wide with key economic indicators which mean apples may not be compared equally. Central bank incentives (paying banks in UK and US interest on their reserves) is the main dis-inflationary outcome in my view. However this can only delay inflation for so long. It does provide a time lag but it does not prevent inflation. The seeds have been planted. 10% inflation is probable outcome in 3-5yrs. Translate that to 12% mortgage rates...