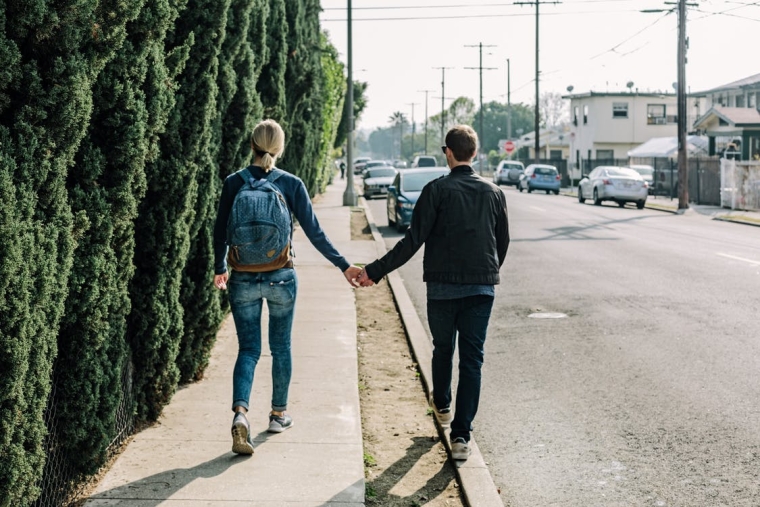 Housing became slightly more affordable for first home buyers in September, thanks to a small drop in interest rates and the lower quartile dwelling price, according to interest.co.nz’s Home Loan Affordability Report.

According to the Real Estate Institute of New Zealand, the lower quartile price (the price point at which 25% of sales would be below and 75% above) of all homes sold in September was $350,000, down slightly from $350,750 in August.

Mortgage interest rates also eased slightly in September, with the average of the two year fixed rates offered by the major banks declining from 4.82% in August to 4.78% in September.

Those factors combined to reduce the weekly mortgage payments on a lower quartile priced home slightly, from $340.37 a week in August to $337.94 a week in September (assuming a 20% deposit was paid).

However there were differences around the country, with affordability improving in six regions and worsening in six.

That was because the lower quartile selling price dropped in five regions compared to August – Hawke's Bay, Manawatu/Whanganui, Nelson/Marlborough, Otago and Southland, was unchanged in Canterbury, and rose in Northland, Auckland, Waikato, Bay of Plenty, Taranaki and Wellington.

Overall, the trend for lower quartile prices around the country has been for them to remain within a fairly narrow band just below their peak.

So although there is some monthly movement in lower quartile prices, either up or down, the overall picture is that prices are relatively flat and down just slightly from recent highs.

But even in Auckland, affordability has slowly improved over the last few months as the amount of money required to service a mortgage on a lower quartile-priced property in the region has dropped back from 46.1% of a typical first home buying couple’s take home pay to 43.0% in September driven mainly by easing prices and assisted by small falls in interest rates as well.

In all other regions housing remains affordable for typical first home buyers, with the amount of take home pay required to service the mortgage on a lower-quartile priced home ranging from 10.3% in Southland to 26.2% in Nelson/Marlborough.

Sorry, off topic, but Hosking is having a tizzy over at the herald about the new government's immigration policy.
Classic

yes prehaps you should be posting on some other forum.

Are you the moderator now Accounting soft? Hoskings financial advice that the NZ economy is going down the gurgler due to cutting immigration is noteworthy. He is a very well educated man I believe and is quite a fan of National and Sky City.

He is fake news.
I could be here for hours debunking each of his claims on immigration

Who is this Hosking guy? Is he a professor of economics or the like?

All I know of the guy is that he took a large payment from the casino to talk up the gambling den in his talk show so what comes out of his mouth is very questionable.

The Herald is rapidly becoming a yesterday thing, suitable only for picking up at the shops en masse the day after for use as a firestarter or weed matting. Leading with Hosking is equitable to saying a guy I met in the pub called Bob told me............

Although it still has some very good journalists, like Fran O'Sullivan, that rag is becoming increasingly dominated by 'personalities' pretending to be informed commentators.

With a personal agenda

he is a Cheap Skate..

Yeah Fritz. Hoskings is only one of many greedy home owners that want there cake and eat it . Low interest rates with no restrictions at a time of high immigration and allowing home foreign investment. They don’t understand it could only ever be a one time wonder. You ether make housing affordable for the people that live in a country or the ones with outside money. Then starting a housing frenzy . Lovely to they stop.

Hosking seems to be a very poor loser. A number of Nats supporters seem to be acting that way.
It's democracy, get used to it!
It's their turn to be angry about the government :)

If you can't afford $340 per week, stop wasting time trolling, get a job, get some experience, work hard and you will see how affordable homes are in this country.
That being said, I have consistently voted NZF because they have consistently been anti immigration, and anti foreign ownership.

Yeah I forgot you want the market to crash so you can buy a mansion cheap.

Why does the Herald continue to give Hosking space to spout his inane twaddle? He is a 'C Grade' reporter (journalist implies he has some standards) at best!

Gonna be a bumper season for sour grapes

The RBNZ has been the primary driver with the support of government for containing bank risk. Macro prudential controls are i think something that should have been looked at a long time ago but at least its stopped the housing bubble from becoming a real danger to the banks but there is still a lot of work for the RBNZ to do in controlling risk in the system.

Housing sounds very affordable, $340 p/w is less than many people pay in rent. WaHt housing crisis? Having to find a 40% makes it harder to aquire more rentals but it makes sound financial sense, no point in getting stretched too thin.

If everyone went to where the houses were $340 per week, our productivity would fall like a stone.

It's all very well to say that "you can move to a cheaper area" and "who can't afford $340 p/w", but that ignores the reason why we shouldn't move to those areas; it's a huge overall efficiency loss.
This is the true problem with high house prices; as soon as they start outpacing income growth substantially, we have a substantial amount of inefficient reallocation of labor resources.

Right, one can move to Ngataki because rent is cheap, then set up shop and... And...

And....go on the dole, because that's about the extent of the job opportunities there.

Having a scarcity mindset is part of being a good progressive.

NymÀd
Interesting that the average kiwi is living in those areas already, why would everyone have to move there¿ TÁranaki has the highest gdp per capita followed by Wellington and SOuthland, clearly this is just as predicted by your economic theory of huge overall efficiency losses and inefficient allocation of labour.

Not at all. I'll give you a good life tip - don't argue just for the sake of it.

It's the exact reason why there is no point in marine engineers locate in land locked rural areas. Or why we don't see a huge amount or musicians or financial actuaries opting to move to New Plymouth over Auckland. And because why not? They are most productive in areas where there is demand for their skills.

The love affair for Auckland is just that. It's a personal preference not based on ecomonic rationale Regions have often higher incomes and all have lower costs.
But it's your choice.
As for musicians and New Plymouth. Quite viable. Actuaries with real brains - Wanaka is the place.

No, it's not.
Read any urban economic literature and you will see that people accumulate in cities/areas because that is where their marketable skills are most productive.
You take them out of cities and away from all the peripheral benefits the city provides, their skill set becomes hugely less productive.
Seeing as wages are a function of productivity, anyone who moves to a relatively less productive area for their skillset, suffers from decreases in income. That's why people stay in cities.

Yet you think Aucklanders are more productive because they live in Auckland, but they aren't and the data proves it, so you fight a facetious straw man. ßravõ

Why are we even commenting on this $340 per week number. There’s 100s of small nz towns that are affordable . Isn’t the issue the lower income earners that can’t afford areas like Auckland,Hamilton,Tauranga, Queenstown and maybe Wellington. And that they should be able to live in these areas If national with the help of the RB had done there job. But she’ll be right. We’re back to local driven money now . So in a year or 2 the market will reset. Be interesting where.

Yet if you cross reference NymÀd you will learn that people make more monies there and can afford those prices.

FHBers need to look at each town , city separately. House prices in nz are so different from town to city and areas.

Should we actually give a toss about FHBs ?
The youth are actually too lazy to get out and vote in what was a very significant election for them.

"So it begs the question: where was the rumbling rise in young voters?

Let's start with a viable, but rather depressing, analysis that's staring us in the face: about half of our young people still just don't care enough to turn up to vote."

Not a good look. If they can't be prepared to help themselves then why should we care?

I had personal experience of this with my 21 year old, who was about to miss his second voting opportunity through apathy. With much cajoling (not on political persuasion) he walked to the booth with my wife and voted on the day. I have no idea how he voted.

While I’m still wondering why he was so apathetic, I’ve also had to look at my own behaviour/actions e.g. why put time into keyboard warrioring here when I could join the National Party and do some actual face to face politicking? How many here are the same?

Or you get out there and make a real difference in the world...

It's not 'youth' specifically that worries me, it is when even a middle class (if there still is one of those) working couple in their 30s can't afford to buy in Auckland with what I could consider a prudent level of mortgage debt.

Concerning Hosking and others:

When you're a broadcaster, any publicity is good!

So long as your name is out there (and up there!) you'll probably thrive.

Sadly this is true, just look at Piers hacked-a-dead-girls-phone Morgan.