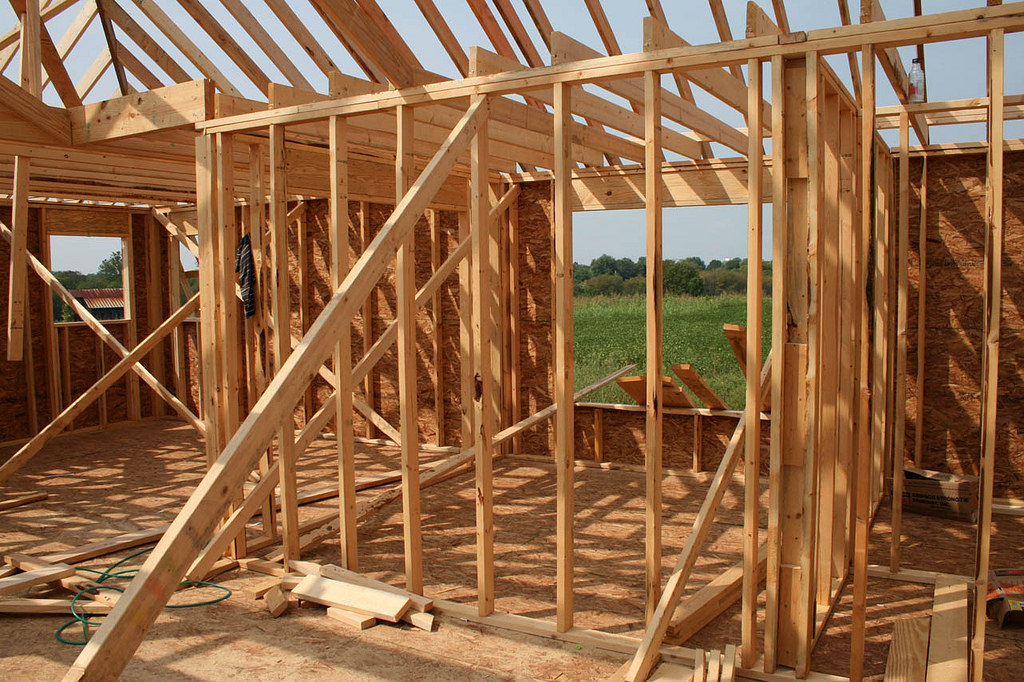 Westpac economists say the rise in building activity led by Kiwibuild will be only "a slow grind higher".

In their Weekly Commentary under the heading: 'Can we build it? Yeah...Nah', the economists say the ramping up of building activity will be "more gradual than even the Treasury's forecasts assume".

The Treasury forecasts have been the subject of a very public falling out between Housing and Urban Development Minister Phil Twyford and the Treasury officials, referred to by Twyford as "kids...disconnected from reality" - a comment that saw him pulled into line by Prime Minister Jacinda Ardern.

The spark for this firestorm was Treasury's assertion in the Budget Economic and Fiscal Update (BEFU) that: “Changes in the timing of capital expenditure on KiwiBuild since the Half Year Update (HYEFU) mean the boost to growth occurs later in the forecast period than previously assumed.” Accordingly, it believes a greater portion of investment will occur after 2022 than previously expected.

Twyford had told interest.co.nz's Jenée Tibshraeny that Treasury’s math was “simply wrong” and he pointed to a paper the Ministry of Business Innovation and Employment (MBIE) had given him that showed, while Treasury believes that $2.5 billion will be spent on residential property investment in New Zealand between 2018 and 2022, MBIE put this figure at between $4.8 billion and $11.6 billion.

The economists said that "crucially",  the MBIE report cited by Twyford had noted that its estimates "did not discount for capacity constraints or substitution".

"To put that differently, MBIE’s forecasts provide an indication of how many homes might be built under the KiwiBuild banner," the economists say.

"...But they don’t really give us an indication of what the overall level of construction activity will look like, or how much private sector activity KiwiBuild might displace.

"In contrast, the softer forecasts from the Treasury explicitly allow for such constraints, and assume that they will be even more of a drag on home building over the next few years."

The economists say that capacity constraints are "really what is at the heart of the outlook" for construction.

"After large increases in recent years, the sector is encountering some strong headwinds, including rising costs and shortages of skilled labour.

"That means the KiwiBuild program will be one more buyer in an already constrained market.

"Even allowing for an increase in the size of the labour force over the coming years and a shift to smaller, higher density homes, the building sector is going to be wrestling with constrained capacity for some time yet.

"This means that, even if KiwiBuild related construction does pick up (and we have our doubts), this would likely result in private sector construction being crowded out."

I feel like all the vested interest are out for the kill today. I'm picking its because they all smell blood in the water due to Twyford flopping around like a wounded seal.

Minister: "I much prefer the MBIE forecast because it makes us look as though we are Let's Do It'ing".

MBIE head brow-fanner: "Yes, Minister, but we did state our assumption of no discounting for capacity constraints or displacement of private sector activity" (sotto voce, to accompanying minions, "that's the perfect CYA clause - never forget to include one")

You start off buying ripoff land because it's all locked up by either
1) land bankers,
2) council planning.
3) When you do get the tiny land parcel it nearly always has strings attached in the form of covenants so they use the buyers own money to pump up the values of their nearby titles. These often forbid kitsets or transportable homes.
4) And anything you build on this land must be connected to the water $$$ and power $$$ supplies.

Because you've got all these fixed costs in land and services you it's not worth building a small house on it...

5) Then you're told by all these "experts" with vested interests that each house has to be made of locally certified materials.
6) A council consent must be issued by a bureaucrat or contractor on $150/hour taking days, weeks, months milking your time and money often over unimportant details.

The direct compliance costs are huge, then you add in the ripoff prices of materials and "experts" which are artificially low in supply and it costs about double the price to build the way we do. Because the materials are all so expensive we build out of sh!t anyway. 90mm soft pine framing. Cold aluminium window frames. Low ceilings. Yet these McHouses are all regulated as if they're Boeing aeroplanes. I suspect without such over regulation most people would be able to afford a much nicer house.

If people want to have a certified top-notch house that's great there are voluntary standards for that like the Passive House Institute. But we don't get a choice here. I'd prefer to build whatever dwelling I like provided it doesn't adversely affect neighbors' quality of life and provided a company will insure it for weather tightness I don't see the problem. If an earthquake damages the house, guess what, I can just put a new one up for half the price. Some of the regulations are reasonable common sense - like smoke alarms and not overshadowing your neighbours. The rest are setup to protect Fletchers and safety consultants.

How many of these 6 points did Twatford address with Kiwibuild? Maybe covenants to a certain extent but he's no longer talking about factories. China can erect a lego style skyscraper in 19 days. Why isn't Twatford talking about factories? Has he been playing golf with the building industry?
https://www.theguardian.com/world/video/2015/apr/30/china-build-57-store...

I think you started well, but as I'll think you'll agree, this is only scratching the surface. Moving beyond the practicalities, you then have the "lend money into existence" paradigm that appears to be as ominous as Smaug.

There are too many factors. Another one is the home subsidies credited to the FHB's lawyer in the form of $20,000, and 1 day later transferred to (((John Key's))) Bank, and given back to the FBH in the form of $80,000 in debt. The $80,000 is then gifted among Fletchers, boomers, lawyers fees etc. Then the FBH is left sheckled to a great big mortgage.

I think he is far too busy trying to crash airplanes to play golf, let alone address the root problems with housing.

Spot on with this analysis. The fact that NZ has the lowest perceived corruption in the world just shows how gullible we are.

Twyford is still operating in a bubble. Don't expect any action from the Minister of Building and Construction either. It's curious how little the Government is engaging with the building industry.