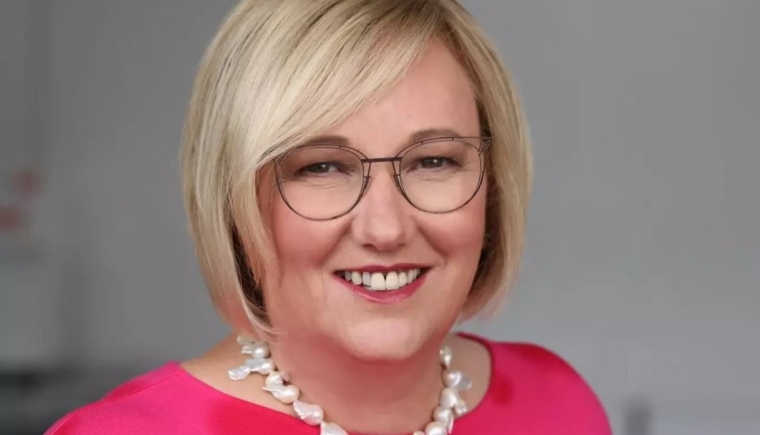 The Reserve Bank (RBNZ) has filled a vacancy in its Monetary Policy Committee (MPC), which is responsible for mainly using interest rates to control inflation and employment.

Karen Silk, a long-time Westpac senior executive, will join the committee at a to-be-confirmed date “in coming months” when she takes up an Assistant Governor role - General Manager of Economics, Financial Markets and Banking.

Like Hawkesby and Governor Adrian Orr, who both managed large investment funds before joining the RBNZ, Silk brings commercial experience to the MPC.

New team at the helm of monetary policy decisions

The RBNZ reiterated, Chief Economist Yuong Ha will be involved in the MPC’s next Official Cash Rate review and accompanying Monetary Policy Statement on February 23, ahead of his resignation taking effect in March.

So, the same group, minus Bascand, that has made monetary policy decisions throughout the pandemic, will be involved in the February decision.

It is unclear how different the seven-member committee will look come the next scheduled monetary policy review on April 13. In addition to uncertainty around start dates for Silk and the to-be-appointed new Chief Economist, terms of two of the MPC’s three external members (Bob Buckle and Peter Harris) expire in April.

Appointments (which could see Buckle and/or Harris have their terms renewed or extended) need to be made before April 13. The MPC must also always have at least two external members.

Coming back to Silk, she leaves her role as General Manager of Westpac NZ’s Experience Hub to join the RBNZ.

Silk has also spent time in Australia, where she was Managing Director and Global Head of Debt/Debt Capital Markets for Westpac Institutional Bank.

Orr said Silk has experience in areas where the RBNZ has “significant projects underway”.

Furthermore, he said, “Karen is steeped in climate change and risk management, including co-chair of the Sustainable Finance Forum.”

Silk’s appointment completes recruitment of the RBNZ’s new Executive Leadership Team - the product of a restructure, which has seen a number of senior staff leave.

While everyone in the team (other than Orr) joined the RBNZ in 2019 or later, the RBNZ pointed out five of the eight roles are internal appointments.

It said a ninth role has also been added; a newly-created fixed term position, Strategic Advisor to the Governor.

The role will be filled by Nigel Prince, who has been the RBNZ’s Business Services Improvement Programme director for the past year, and “brings significant leadership and change experience from the public and private sectors”.

Below is a diagram of what the Executive Leadership Team looks like. Three of the MPC’s seven members are part of the team.

Which bank will she be really working for?

Another term which comes to mind, now that you mention the FDA, is "regulatory capture".

Racist comment.... the last thing from my mind. I didnt consider the fact she is female either but if that was a consideration in the appointment I would also call it a fail.

How was my comment racist? The governor advertises the fact that he is inclusive and cares about racial equality. He has a funny way of showing it. He employs very few Maori and his policies are proven to punish Maori the harshest. He needs to practice what he preaches and stop being such a hypocrite.

Or maybe he should pick people that best fit a job description, not based on skin colour.

That would make sense, however Adrian Orr got his job and he is obviously not great at it. It's almost as if the same type of people keep getting the highly paid unaccountable jobs even if they are not the best person for them. I wonder why that would be <>?

Not great by whose measure? Have you spoken to his employers? He is an extension of a global banking system. Don't Mix ur dislike of outcome/function with personal performance. For all you know the board love him.

Unaccountable? Right... Do people discuss your job performance in Internet chat rooms? He is probably the most scrutinised employee in the country after the pm.

What do you mean by same kind of people?

I'm going to give you some shocking news now. Brace for it... As far as race and gender are concerned, anyone starting thier career in the world of FS is on exactly the same level field. There is no secret pasty white male secret society...

And 100% he landed his role via commitment, hard work and careful career progression.

He is an extension of a global banking system.

Believe that was the problem other people were initially raising, too.

By defining race you are being racist. "..his policies are proven to punish Maori the harshest" This is an inaccurate statement, but falls into line with popular and politically correct dialogue. The real impact is 'his policies are proven to punish the lower socio-economic classes the harshest'. They are not just Maori. there are European, Pasifica, and Asians all impacted equally at the bottom. Racism is rampant in NZ and it is mostly used to curry political favour.

This is not directly related to the banking world, but interesting in terms of those in power. In NZ Parliament after the 2020 election:

Asian MPs = 5%, proportion of general population that are Asian = 15%

Pacifica MPs = 8.3%, proportion of population that are Pacifica = 8%

Based on these figures NZ needs to do more to raise the profile of the Asian Population in positions of power.

Crickey.  Yes, this votey thing we do is clearly a massive fail.  Some of those allocations are way out.

If they appoint only indigenous, lesbian, vegan, asylum seekers from economically disadvantaged backgrounds who also have degrees in economics and backgrounds in banking they'll be waiting a very long time to find the right applicant.

I know right. No ones stopping anyone from working hard and developing a career in FS.

Like they give out exec roles in cereal boxes. Lol.

(or should that be Conflict About Interest)

Something about foxes and hen houses in here...

From what I understand a fairly sound operator but hardly operating at a stellar intellectual level.

Not that that is perhaps critical.

Maybe a sound operator is what the RBNZ needs. Orr perhaps wouldn't cope well with a stellar appointment.

How many houses does she (or her family members) own?

Her and her husband own 2 units in Wellington and a holiday home in Tairua. The home in Tairua's worth 3.5 but for some reason I still think it could be worse.

Quite a few I would hazard a guess.

People a losing trust in our institutions.

We have the Register of Pecuniary Interests to try to prevent conflicts of interest in our government.

T'will be Interesting to see if the MPC actually publishes background research to their deliberations now.  This is one of Michael Reddell's enduring beefs, sorry, vegan plant based 'meats', with the whole committee.  Not betting the farm on it happening, mind.

I see there's a nice proper balance of genders in the top 10:  5 women and 5 men (including Orr).   The glass ceiling looks to have been truly broken at the top; pity about the rampant sexual assaults by male lawyers on female employees in major law firms (see today's Herald article).

Why not? Any specific reason? I am not a Westpac customer nor employee but they do not seem much better or worse than the others.

Bahaha does anyone apart from themselves take these people seriously? *insert clown emoji*

🤡  Just helped out a bit there.

Yeah, looking forward to the RBNZ withering as the remaining faith in fiat dries up.