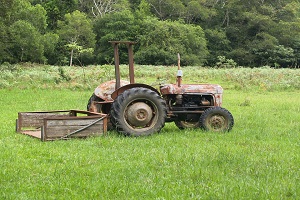 There has been a substantial downturn in the number of farms and lifestyle properties being sold, according to the latest figures from the Real Estate Institute of New Zealand.

These show that 396 farms were sold in the three months to the end of January, down 24% compared to the same period 12 months earlier.

But the decline in sales was mainly for finishing (-32%), arable (-40%) and grazing properties (-26%), while sales of dairy farms were almost flat compared to 12 months earlier.

However the reverse was true for prices, with the REINZ All Farm Price Index, which adjusts for differences in farm type, size and location, was up 5.8% in the three months to January compared to the same period a year earlier.

Conversely, the REINZ Dairy Farm Price Index was down 8.9% compared to a year earlier.

"Widespread rain during January has alleviated the feed supply situation throughout much of the country, however parts of Otago and Southland were among those areas less fortunate," REINZ rural spokesman Brain Peacocke said.

"Whilst the benefit has been widespread, the market remains relatively constrained, particularly in the dairy sector," he said.

However, the median price of all lifestyle blocks sold in the three months to January this year was up 12.7% compared to a year earlier.