Larger numbers of dairy beef cattle are being raised, chasing the growing China meat appetite. Many factors suggest that not only can markets take the higher volumes, competition will keep prices up

Larger numbers of dairy beef cattle are being raised, chasing the growing China meat appetite. Many factors suggest that not only can markets take the higher volumes, competition will keep prices up 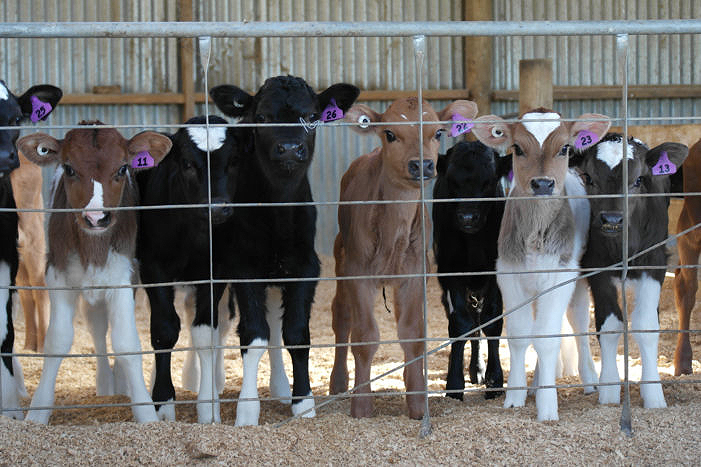 Meat processors have tried for years to encourage dairy farmers to up their numbers of beef cross calves and either keep them or onsell to rearers at three months old.

Rearing white face dairy beef calves has long been an option for dairy farmers to generate more income, with rearers looking to buy bull calves to put weight on and sell to bull farmers targeting the US lean beef market. But the lure of higher profits from maximising milk production has until recently made it a relatively unattractive option.

Until recently numbers have remained relatively static, varying only from one year to the next in response to the forecast payout. However, since 2016 LIC reports a sharp increase in beef semen sales, as dairy farmers look to reduce bobby calf numbers and increase the rate of genetic gain.

Increasingly, as pressure comes on to minimise their environmental footprint, they find diversification into beef a profitable option, because it enables them to focus on the peak producing cows.

Greg Hamill, LIC’s Genetics Business Manager, says herd testing information has shown a difference of 160 kg of milk solids per annum from the engine room of the herd, those cows between four and eight years of age, compared with the bottom performing 10-20%.

There is an increasing trend to use beef semen over this tail end of the herd as the best option for improving overall milk production, while at the same time contributing to better profit and environmental performance. Beef semen sales contributed 6% of LIC’s total sales in 2016, rising by 17% and 13% in each of the next two years, and is currently running at 9% of sales for the 2019 season which, if sustained, will equate to a 50% increase in three years. Beef sales are expected to top 400,000 straws this year out of total sales of 4.6 million, with Hereford making up 69%, followed by Wagyu (11%), Angus and Speckle Park (5% each).

Apart from a potentially larger cow cull, these statistics suggest at least 100,000 additional beef cattle to sell somewhere around the world which could produce a degree of nervousness, considering all the factors which appear to be against red meat consumption. However, the latest Rabobank Beef Quarterly Review paints a more positive outlook. It suggests greater demand from China, both for traditional cuisine and for the fast increasing number of Macdonald’s and other fast food outlets, will ensure continued growth of China’s imports of manufacturing and prime beef. This positive trend is keeping the beef price firm, ensuring strong competition for product.

For instance Chinese importers are currently paying about 3% or 4% more than US buyers, but without China one estimate reckons the price could be anything up to 15% lower than it is.

China offers a major advantage for exporters of prime beef, because of its readiness to use a far greater percentage of the carcase, particularly for hotpot chain restaurants and other slow cooking food outlets. The high value steak cuts normally only make up 14% of the animal’s value, but the China market provides far greater opportunity to optimise returns across the whole carcase.

China currently takes about 60% of New Zealand beef exports which is a far cry from the days when over 50% went to the USA. I asked AFFCO’s sales and marketing manager, Mark de Lautour who has just returned from China for his assessment whether Chinese demand was a bubble about to burst or sustainable for the foreseeable future. He agrees the unprecedented level of demand has all the hallmarks of a bubble, but doesn’t see it bursting for several years, his reasoning for this confidence being based on three specific factors: population growth, African swine flu (ASF), and trade related factors.

The decision to remove the one child policy was brought about by the problem of an ageing population. Although young Chinese in the largest and most expensive cities, such as Beijing, Shanghai and Guangzhou, are reluctant to have more children, the population is forecast to grow exponentially in the smaller cities. As people migrate from the countryside into these second tier centres, where house prices are significantly lower, demand will increase. The major concern of central government in Beijing is to ensure the supply of food and water to satisfy the growing level of consumption.

The impact of ASF is huge; 60% of all meat in China is pork and some 400 million pigs have had to be culled, at least 20% of the pig population equivalent to a 12% reduction in domestic meat supply. The consensus is it will take between three and five years for the number of pigs to recover.

The third factor is a combination of trade issues. China has gone to great lengths to close off the grey channels, primarily Vietnam and Hong Kong, through which large quantities of American beef and Indian buffalo found their way into China. Having successfully closed these channels, central government is highly unlikely to allow them to open up again. On the subject of the US/China trade war de Lautour says local opinion doesn’t see China making any concessions which could last five more years, if Donald Trump is re-elected.

Forecasts indicate the American market won’t lose its passion for real beef hamburgers any time soon, so there will still be competitive tension (as well as trade war tension) between New Zealand’s two largest markets for beef. This will help to keep prices firm which will enable exporters to continue paying a satisfactory price for livestock. This in turn will encourage dairy farmers, rearers and finishers to maintain the flow of dairy beef.