Guy Trafford on the downturn in forestry, Australia's struggles in the Murray/Darling basin, and New Zealand's water storage opportunities hampered by bureaucrats 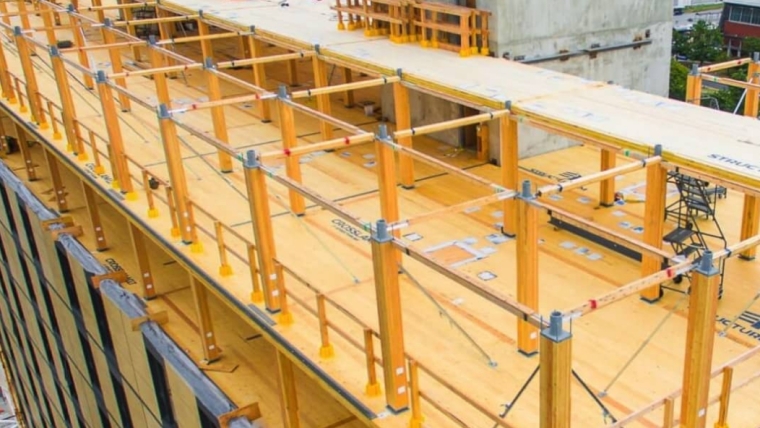 The downturn in demand from China on the timber industry illustrates how precarious world trade is at the moment.

While not all the blame can be laid at the feet of the Trump versus China the World, it certainly has a part to play. While the timber industry is taking a fairly stoic and philosophical approach they must be concerned.

It appears it is the smaller logging contractors which are taking the biggest hit locally with larger companies having more diverse markets to unload onto.

For many years critics/commentators having been calling for more onshore processing of timber to add further value and hence more jobs, not that there is a shortage at the moment, of jobs that is.

Recently I received details of an Auckland conference titled “Changing Perceptions”. An interesting topic and it turns out it is about the timber and building industries and getting more wooden buildings constructed in New Zealand. Given the building programmes being instigated by Government in the areas of health and education for starters there seems to be an opportunity to not only reduce some of the GHG’s involved in building which are particularly heavy in the manufacturing of both concrete and steel, and also provide support to the ever decreasing number of sawmills around the country.

With the increasing focus on climate change and water, or rather the lack of it, some lessons coming from Australia are worth looking at. The Murray Darling Basin (MDB) covers about 14% of the Australian land mass, is home to over 2 million human inhabitants and is situated in three states (NSW, Victoria and South Australia). Perhaps more importantly, it is arguably the food bowl of Australia with dairy, cotton, rice and pasture systems being the major users along with water for human consumption. Vegetables, nuts, grapes and fruit also use the water.

Australian tax payers have paid an estimated AU$13 billion in setting up and supporting what was meant to be a sustainable water system for both farm irrigators and the environment.

However, it has become increasingly obvious the environment has been short-changed with the river systems depleted of adequate flows of water through the irrigation take and compounded by droughts.

The current state of the river system is creating increasing demands that something has to change however the conflicting needs of all users has become a very political debate with the system being compared to the Aral sea, or what once was, in the Kazakhstan region.  The Australian governments (both State and Commonwealth) response has been to instigate buy back schemes and require greater efficiencies in applications. One of the draw backs has been by improving the efficiency of water application there has been less water ‘spill-over’ to go back into the river system. Although 85% of the budgeted ‘return to river’ flows budgeted have been achieved. What the final outcome of the changes to water use is going to be will take time and increased monitoring to reveal and how Australian meets the competing requirements will be worth watching.

Closer to home, one of the solutions to any impact upon river flows affected by takes for irrigation is water storage and while governments and economics and impacts upon natural habitats have recently limited the scale of such storage schemes around the country smaller private on-farm dams do provide a partial solution, taking water out at peak flows to help ‘top up’ flows in times of shortage. The government is going through a consultation process through MBIE looking at consolidating Regional Council rules and regulations around dam building which generally come under the Resource Management Act. However, many are concerned that the imposition of large costs involved in obtaining engineering reports as well as ongoing inspection fees from government. Depending upon the perceived risk of the dam structure an engineering report could cost between $6,000 - $30,000 with annual audit costs of $5,000. The concerning aspect is that the size of dams that are seen to be potentially risky are not particularly large or with high dam walls.

The proposed regulations would apply to dams or ponds which are less than four metres high and hold 30,000 m3 or more, or are four metres or more high and hold 20,000 m3 or more. By my basic calculations a dam holding 30,000 m3 with seven metres of depth (a 4 metre wall and 4 meters below the ‘ground level’ with a metre of free wall) would be about 50 m wide by 85 m long. Not huge in the world of water storage.

Given the environment food producers operate in having water storage is seen as essential and on-farm storage should be encouraged. So, applying additional costs for a solution to an as yet unseen problem just smacks of bureaucracy imposing costs onto those who have to absorb it with little accountability required from those imposing it.

Growing rice and cotton in Australia's dry areas is not sustainable. Wheat uses a 1/10 th of the water .
I wonder if there is a minimum height on the dam proposals , i.e does a 0.5m high inground 40000 m3 wetland constitute a dam needing consent? What is downstream should also be taken into consideration , a dam up a narrow stream above a town poses alot more risk than a dam twice the size draining into a wetland or large river close to the sea.