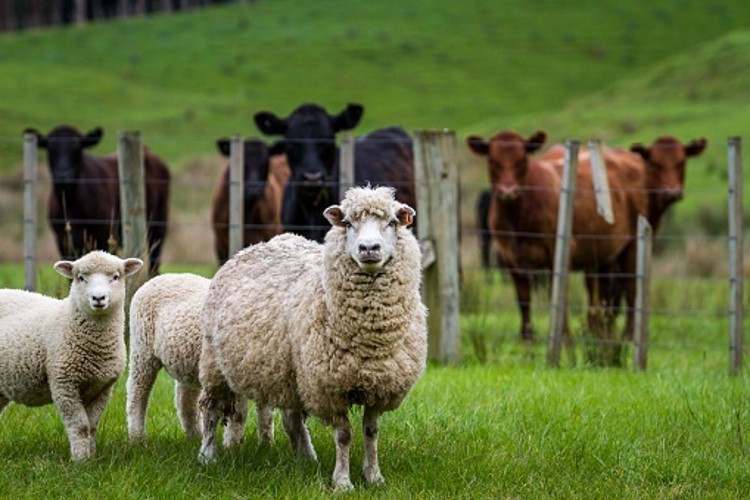 The debate over what the ‘correct’ level of methane reduction in agriculture should be, refuses to go away.

The latest contributor to the debate is British PhD researcher Nicolas Leech. Contracted by the Meat Industry Association (MIA) his view is that 7% by 2050 is a more realistic figure and the Government range of 24% to 47% is not necessary. He supported this view by observing that about 40% of methane is emitted as a by-product of fossil fuel production and as the fossil fuel emissions worldwide are going to dramatically decrease to reduce CO2 emissions then the methane by product will along with it.

So, for animal emissions to not increase global warming, nitrous oxide needs to come to zero and methane reduce by -0.3% per year. Currently on an efficiency basis looking at dairying the amount of GHG emitted per kg of product has decreased by approximately -25% over the last 25 years so -1% per year.

However, this is not a reduction in total GHG just improved efficiency and while this can’t be ignored, we’re not quite comparing apples with apples unless the current rules change.

While the industry groups are still lobbying for reductions in methane liabilities, with a 95% write-off of GHG liabilities for some time, the moral high ground rests with the Government, and in my view, it will take a very convincing argument to dissuade them from the current course.

An area that caused some consternation from a reader last week with the release of the ICCC recommendations was the differing costs the different classes of livestock will end up paying.

“It’s estimated the average dairy farm, with a 95 per cent discount on emissions, at the current NZ ETS price of $25/tonne would incur $0.01c per kg of milk solids.

An approach has been made to Minister Damien O’Connor for clarification on how these figures were derived and his department sent the request down the line to MPI so at this stage ‘we’ wait. A quick calculation came up with the following costs on a hectare of land growing 12 tonnes of pasture.

As can be seen they run almost totally counter to what you’d intuitively believe to be the order. Without knowing whether support stock, (that is, breeding ewes etc.) are captured by the lamb costs, it is difficult to know if the assumptions are correct. Hence, if farmers potential liabilities are going to be thrown out there, then a full disclosure of how they are calculated needs to accompany them.

Finally, Environment Minister David Parker announced today that a review of the RMA is due to take place with the results due back to Government mid next year. It is fair to say that almost everybody agrees that an overhaul of the RMA is way overdue.

Parker said the new look RMA would address climate change through adaptation, rather than mitigation. Fed Farmers have welcomed the news saying anything that removed unnecessary complexity, delays and costs would be an improvement.

However, Federated Farmers resource management spokesperson Chris Allen said that the review needed to take into account economic impacts of regulation on farms, rural communities and the regions of New Zealand. Economic impacts should be considered in balance with environmental, social and cultural wellbeing, whereas Forest and Bird wanted more explicit account to be taken of environmental impacts.

Another word of warning from Chris Allen was that Federated Farmers had real concerns about central government forcing national policies on to regional governments and expecting them to resource them and fund the process. With the review panel reporting to government not too far in front of the next election it is likely any recommendations will become political footballs which are likely to delay any implementation.

So methane is 0.36% of green house gas as a total and mans part of that is tiny, lets say 2% like CO2 ?
This is just a TAX with no logic behind it.

It is all about tax not logic. Water vapour feedbacks aren't even understood yet they want to tax a trace gas like methane."The feedback loop in which water is involved is critically important to projecting future climate change, but as yet is still fairly poorly measured and understood."
$1.5 Trillion a year sucked out of the global economy and yet water vapour feedbacks are still poorly measured and understood.
https://www.ncdc.noaa.gov/monitoring-references/faq/greenhouse-gases.php...

Latest climate study by Finland's Turku University team (we have practically no anthropogenic climate change):
"We have proven that the GCM-models used in IPCC report AR5 cannot compute correctly the natural component included in the observed global temperature. The reason is that the models fail to derive the influences of low cloud cover fraction on the global temperature. A too small natural component results in a too large portion for the contribution of the greenhouse gases like carbon dioxide. That is why 6 J. KAUPPINEN AND P. MALMI IPCC represents the climate sensitivity more than one order of magnitude larger than our sensitivity 0.24°C. Because the anthropogenic portion in the increased CO2 is less than 10 %, we have practically no anthropogenic climate change. The low clouds control mainly the global temperature."

Its fair to say not everyone agrees with the writers of your paper:
"The paper has been criticised for not being peer reviewed and other climate scientists have refuted the conclusions reached by Kauppinen and Malmi. Critics have said that in addition to not being peer reviewed, Malmi and Kauppinen fail to provide correct physical explanation, have not linked to- or sited to enough sources to support their claims and although they denounce climate models, they use one themselves to prove their own points."

Kauppinen worked as and expert reviewer on IPCC AR5, so by the UNs own admission must know something about the science. Haven't CRU refused to release data sets and not archived "lost" data? ("Climategate") Hasn't the circular reason argument has also been levelled at science that supports Anthropogenic Climate Change?

More evidence climate sensitivity is at the lower end of the IPCC 1.5-4.5 C range. The lower end being -nothing to write home about - typical inter glacial warming. "we conclude that about 50% of the recorded warming of China since the 1940s could be due to uncorrected urbanization bias. In addition, we also find that the Tmax record from May to October over China shows the 1940s and the 2000s equally warm, in contrast to the 1 °C warming predicted by the CMIP5 models."
https://www.sciencedirect.com/science/article/pii/S092181811930102X?dgci...

None of us really know do we Profile. At 415ppm CO2 concentration in the atmosphere, and increasing with continued BAU and GDP growth pressures, I think it wont end well for our anyone under 50 years old.

Given the IPCC range of uncertainty it is immoral to tax it. If sensitivity is low at 1.5 per doubling of CO2, within IPCC range, then the whole thing is completly consistent with typical inter glacial warming. Trillions of $ spend and the IPCC sensitivity range hasn't budged in decades. All evidence is pointing it to being at the low end of the range.

I think there also needs to be a baseline number of animals to discourage increasing numbers. The $ amounts for increases need to be substantial and recognise that the desired trend is less cows, sheep and deer.

Clearly, in order to establish " a baseline number of animals" we are gonna need a Central Planning Committee, advised by Experts, comfortable surroundings in which to plot mull over possibilities, superb secretarial support, and a top-notch turd-polishing Communications Team. After a few months or even Years, we expect to see delivered a 5-year Plan to manage the descent from Here to There.

It could be styled the Animal Farm Advisory Board......

Poor blardy deer farmers. Why are they copping it? Do deer produce 3 times as much ghg per production ha as dairy. Really really doubt it.