China overtakes the USA as our main market for beef. Although pushed up by the ASF demand recently, the long-term trend was already in play boosted by Chinese dietary changes. But other competitors are challenging for China's demand too

Rural News
China overtakes the USA as our main market for beef. Although pushed up by the ASF demand recently, the long-term trend was already in play boosted by Chinese dietary changes. But other competitors are challenging for China's demand too 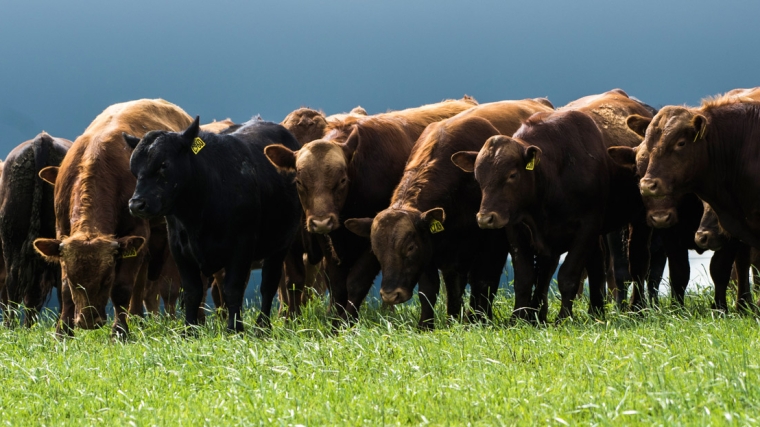 Speaking on a recently-released podcast New Zealand Beef – Mid-year Outlook, Mr Holgate said beef prices were now in line with the previous season and the pricing outlook for the next 12 months was encouraging.

“Strong global beef supplies saw early season prices for New Zealand beef come under pressure, however, since then, very strong demand from China, a significant recovery in US imported beef prices and slowing domestic supplies has culminated in a healthy price recovery to a point that is largely in line with last year’s pricing levels,” he said. “With demand out of China and the US set to remain firm and the NZD/USD exchange rate favourable for New Zealand exporters, we’d expect there to be some upside to pricing in the remainder of the season and for schedule prices to at least match last year’s highs.”

Looking out over the next 12 months, Mr Holgate said beef prices were expected to remain elevated.

“Over recent years, beef prices have operated in a reasonably narrow range with global supply growing steadily at around two to three per cent, driven largely by increased supply out of the US and Brazil, and beef consumption rates lifting by a similar level, as economies around the globe continue their economic recovery from the GFC,” he said.

“However, I don’t think there is much doubt the impact of African Swine Fever (ASF) on Chinese pork supply will increase beef demand out of China over the next year and tip the balance towards a supply shortage,” he said. “This shortage will continue to put upward pressure on beef prices over the coming year and should ensure prices remain at, or above, the five-year average prices.”

While Mr Holgate said New Zealand beef prices were likely to remain strong, he was less convinced this should be viewed as evidence of a significant fundamental upward shift in beef prices.

“Global beef production will continue to grow over the coming year, driven mainly by the US and Brazil, while producers of competing proteins like poultry, seafood and pork are also likely to increase their production in response to price signals due to ASF,” he said.

“In addition, we’ve recently seen the China Meat Association announce that China’s government would be expanding its sourcing of animal protein products in an attempt to replace the lost pork production that has resulted from ASF. This may include allowing imports of Indian buffalo and lifting the current ban on UK beef. There are also reports of an increase in the number of international meat facilities being accredited for export into China.”

“And these factors will mean there is likely to be a noticeable jump in global protein production outside of China in 2020, which could limit the upside for beef prices in 2020.”

“China has now overtaken the US as New Zealand’s largest beef export market so far this season with season-to-date beef exports to China nearly doubling by value, while exports to the US over the same period have declined by over 20 per cent,” he said. “This shift has seen 39 per cent of NZ’s beef exports (by value) this season heading to China – up from 22 per cent last season – while the US accounted for only 31 per cent of NZ’s beef export receipts – down from 44 per cent."

“The proportion of New Zealand beef exports heading to China has swollen considerably in the last five years, growing from 11 per cent of total receipts in 2013 to 27 per cent last year,” he said. “So on top of the “event” driven demand that ASF has provided more recently, an underlying structural change was already taking place which has seen New Zealand export an increasing proportion of beef products into China.”

Mr Holgate said this trend was likely to continue, with Chinese beef demand expected to grow further in coming years.

“As Chinese incomes continue to grow, consumers are shifting focus from volume to value and are willing to pay more for quality, food safety and nutrition. Generally, consumers are moving beyond the food of survival mentality, and increasingly making food choices around lifestyle, enjoyment and happiness. As a result, expenditure on food in the coming few years is expected to keep growing strongly by 49 per cent between 2015 and 2025,” he said.

“In addition, the dietary habits of Chinese consumers are also changing – increasingly embracing western-style beef consumption, and dining habits – which in part can be attributed to the growth of western-style beef-focused Quick Service Restaurants such as McDonald’s which opened more than 300 stores in China in 2018, taking its total store numbers to 2,800."

Does anyone else share my view that the CCP will in next 4 years go the way of USSR elite? Everyone seems to assume nothing will change . Beware linear thinking

Completely, the Navy bases they are building in the Pacific and sending a China Spy Ship down to spy on Australia, New Zealand and America off the Queensland Coast is all writing on the wall.