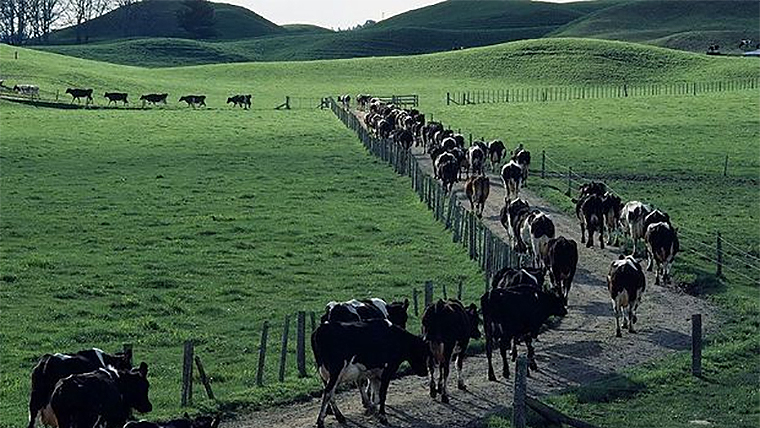 The Fonterra end of season financial report is now widely disseminated. Response has been mixed with some accepting that what was done needed to be done while others are asking for an apology from New Zealand’s largest company.

The general view is that Fonterra has the support of its shareholders. However, I would suggest this is only because there are effectively no other viable options for most.

What has been a surprise, to me at least, has been the lift in the Fonterra share price going from $3.17 on Monday up to the latest price of $3.50. This is still well down on the $4.90 it was at a year ago, but an improvement on recent history. Presumably this means that rock bottom has been hit and passed.

With a new beginning starting with the reset of this week, we can at least hope this is the case. The almost unbelievable actions that lead to the squandering of over $1.4 bln over recent years however will leave a deep imprint upon supplier farmers, especially as the costs with the zero dividends and reduced payouts continue. The biggest shame is the total loss of opportunities squandered by the misguided forays which could have been used to create a more differentiated product and story from the rest of the world, and leverage off the New Zealand story (warts and all).

The new/current strategy of focusing on within New Zealand and the back-to-basics approach is been driven by pragmatism with no cash left to exploit opportunities, and farmers appetite to venture into the unknown is going to be heavily discounted. Some are predicting with the pressure on the regions to reduce cow numbers plus a trickle of farmers moving to other processors, the efficiencies of factories will reduce putting more pressure on the company. The closing of the ex-Kapiti plant with the loss of 35 jobs may be only the thin end of the wedge. Farmers, no doubt will be looking at head office for further reductions there.

The new “keep it simple” approach appears to have been welcomed by farmers, and who could blame them. The question now to be considered is what is the way forward? Being a commodities producer provides its own set of risks with our largest company at risk of being left behind and being a price taker. Many of the ill-conceived plans of the past were aimed to get out of the rut that commodities potentially leaves them in. It is just a pity that they weren’t better researched and executed. While this is with the benefit of hindsight there were plenty of questions being raised at the time over these investments.

Miles Hurrell speaking on RNZ this morning was firm in seeing the company’s role is providing a “a sustainable MS price back to farmers and then add value on to that”. He intends to be out and about all next week meeting with farmers. When asked if he believed the Coop could survive with its current capital structure, he believed it could but that would form part of conversations with farmers. He didn’t rule out bringing in outside capital but saw that option as unlikely. Looking to next season and what success would look like; he wanted earning increases, both for the Company and farmers and further debt reduction. He felt that there were unlikely to be large cuts in staff as of the 22,000 employed world-wide, most were involved in the collection and processing of milk and with a freeze on wages for those earning over $100,000 he felt they had sent a message to farmers that head office costs were being constrained.

For farmers there will need to be some serious soul-searching about how the Co-operative goes forward and what the shape of that will be. With the poor performance of the past few years it is going to be difficult for them to loosen the purse strings of the company. So, I suspect it’s going to be a quiet few years ahead as they regroup and regain farmer confidence.

Excuse the pun, but organic growth is the only way to go...

There's too many gangsters and banksters out there, who have been selling their soles for short term bonuses. This extends to PwC, and the interests they represent; and it clearly wasn't Fonterra here.

Agree with you on PwC, after first-hand seeing them in action. A lot of money goes to them for not much value, if any. Basically the only value I ever got out of them myself was their sumptuous free dinner shouts (a.ka. "bribes")

the cost of head office situated in the most expensive city in NZ needs to be looked at,
there is no reason it has to be in auckland apart from ego and where top management want to live.
its time to move it to Hamilton especially now they have removed the restrictions on office building heights

Moving their head office to Taupo or Rotorua could be better options.

These cities are surrounded by dairy farms and lakes that are being polluted by nitrogen leaching dairy farms, and need industry to provide more sustainable growth and employment for otherwise struggling regional centres.

Hamilton is doing fine without them, especially now they got rid of ex MP Bob Simich from the DHB. For some particular reason, the general public think ex MPs can run businesses. I dont know how when you look at the track record of Jonkey, Jenny Shipley, Doug Graham, and what damage they have done to the economy. Maybe is a coincidence, but arent all these ex National Party?

The best will be if the "quiet" means we don't have to put up with their ridiculous rhetorical spin that everyone hated and very few believed. And they were proven right in their disbelief.

May be they all should go on a month long retreat to Bali and reflect ?

Dave 2 - break it up?
That would be shooting the NZ dairy sector in the foot.
Let's see how Synlait performs. Bet they won't pay more than low single digit% to their farmer suppliers compared with Fonterra

Question:
1. What are the three top export markets.

2. How is each export market to be engaged?

2.1. What type of relationship is desired, what channels are to be used & what is the paying customer to be left thinking?

Hurrell clearly had the questions on RNZ prior and was just parroting his comms team.
The same executive mgmt team albeit in slightly different roles are there that supported Theo and nothing will actually change in terms of culture until they go.
Fonterras most important things are stainless steel and the ability to make powders cheaply but that is only if they can be used efficiently - I cant see how they can be given declining milk and suppliers going to the competition. Synlait paying $ 8.50 with $ 1.20 retentions is just the final slap in the face to Fonterra farmers.

Presumably they are adding company profit to the payout to give a comparison of what the respective companies are achieving over all.
I'm not sure on the figures used.
My work out at Synlait $8:39. Fonterra $6.05. Tatua $9:66 ($1:16 retentions)

I think they may have meant Tatua, not Synlait ;-)