Guy Trafford takes a look at the latest dairy scene, with the latest Tatua result showing up Fonterra

Rural News
Guy Trafford takes a look at the latest dairy scene, with the latest Tatua result showing up Fonterra 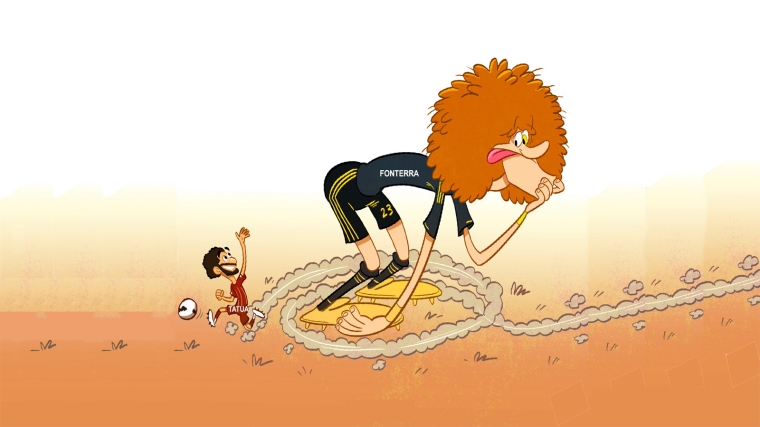 The lift, be it only +0.2%, in the latest GDT auction is reassuring that things are still settled in the dairy products world.

Whole milk powder dropped a tadge at -0.2% but not enough to raise any concerns at this early stage of the season. Rabobank continues to be ‘bullish’ over the prospects ahead with a forecast of $7.15/kgMS. Climate impacts upon production in other countries appears to be the main reason for their positive outlook

Given the ‘noise’ around the Fonterra statements last week, this week has been relatively quiet. However, the real cost of Fonterra’s past demeanors are shown up in the lost opportunities that continue to plague the Co-op when we look and see how well Tatua have performed.

Tatua have just reported an $8.50/kgMS cash payout for the 2018-2019 financial year, and they still managed to retain on top of that $1.16 in 'retained earnings’ for re-investment. That compares to the $6.35/kgMS that Fonterra farmers have had to swallow, without any retained earnings. If we are kind and assume that given Fonterra’s scale, achieving an additional $2.15/kgMS is unlikely, maybe getting to half that would be considered possible in a well-run ship.

With Fonterra's New Zealand milk collection being 1,523 million kgs, if that is multiplied by the (missing) $1.075 then Fonterra’s farmers have just waved goodbye to $1.64 bln. With other independent companies linking their prices to Fonterra’s (officially or not) then almost all New Zealand dairy farmers are affected by Fonterra's underperformance. Except of course Tatua. It is interesting that Tatua managed to increase this year's payout over last year's $8.10/kgMS which rubs further salt into the wound.

Judging by Fonterra comments it doesn’t look like the gap will be much closer in the coming year either.

Fonterra no doubt will say that given their size and the volumes exported they have to ‘play’ the commodities game, which is reflected in their back-to-basics approach. If this is true then it really has made a nonsense of the amalgamations which created the giant back in 2001. Judging by Tatua’s performance - and Synlait’s - if anything, with the current benefit of hindsight the reverse should have happened. And who knows what the New Zealand dairy scene would look like now if that had come to pass. It will be depressing to speculate.

The Minister for Primary Industries, Damien O’Connor, got a mixed reception when speaking to Southland farmers in Gore the other day. While farmers appreciated him fronting, his stated belief that the new raft of regulations are not costing farmers equity in their properties drew heckles of disbelief. Rights and wrongs of the policies aside the lack of understanding of the economic and social implications of the policies is disturbing and undermines the credibility of the Government.

Most people, including farmers understand that the status quo is no longer acceptable around water quality. But imposing regulations without any real study of the implications of the policy is at best disappointing and is the reminder of the 80’s when the dropping of subsidies and support system to farmers came crashing in with seemingly no regard at all to the effect upon the rural communities. It was only after the event and intense lobbying from farmer leaders that any support to affected farmers came in. But little to no support went the way of the communities, which arguably have never recovered.

Reinforcing the Rabobank view of the world, UK dairy farmers have seen their profits cut by 50% mostly as a result of dry conditions reducing production and forcing extra feed costs upon farmers. The result pushed costs of production up from £2,186/cow to £2,411/cow. Returns per cow went to £2,267/cow, compared to £2,272 in the previous year. That left the average UK farm making a marginal profit only after accounting for non-milk income like calf and cull cow sales. An interesting aside was that their seasonal farmers appeared to be in a better position than the all-year calving farmers due to their ability to produce milk more cheaply. Some things don’t change no matter where you are.

back in the day when I worked in dairy factories in the waikato Tatua was noted for running a no frills operation even then.some of the shareholders would have family working in the plant so plenty of whistleblowers if they were indulging in money wasting activities.

Thanks Guy. Would you please clarify one element for me.
That is Tatua's competitive advantage. My recollection is that Tatua has a proprietary process for extraction of a high value milk derivative and that this process is not available to other processors in NZ. And to protect that advantage there is only a relatively small number of member suppliers in the Tatua cooperative. Is this understanding correct?
I don't disagree with the assessment of Fonterra's abysmal recent performance and some of the discussion in this forum I have found valuable and insightful.
However, if my understanding of Tatua is correct, then I would argue that headlining the performance of Tatua and applying that to analyse Fonterra performance may be inappropriate because it may be similar to comparing chalk and cheese.

..and an inverse proportion of magnitude in competent governance and management.

Yes you are correct. However in my comparison I did halve the difference between the two to at least try and make-up for some of the handicap Fonterra is lumbered with.  Is it enough of a handicap??? Difficult to know . But Tatua clearly shows there is a decent profit to be made from adding value if done correctly.

Please excuse another thought.
Your comments/comparison Tatua v Fonterra seems to assume that Tatua is performing perfectly for its member suppliers. Maybe Tatua only looks good enough in that comparison.
I have not seen any micro-surgical analysis of Tatua similar to that applied to Fonterra. Is Tatua really a model of lean, efficient milk processing and marketing? Or is it too keeping its members happy enough?
Perhaps another element to consider is the evolution of Tatua? It started life in 1914 and therefore has reaped the benefits out of the statutory marketing, research and development to the collective benefit of New Zealand and the whole dairy sector. I don't know, but is Tatua's special situation now the result of that collectively funded R&D and some remote decision as to where to locate the processing or astute choices/decisions by that very low number of supplier members?
As annoying as this may be ... Is Tatua in fact squandering an opportunity that could have much wider benefit across the industry and NZ economy?
I'll throw my spoon away now

Them's the choices that were made.
My short summation of the last 40odd years is that there were many small dairy co-ops and a couple of large ones. Most of the small ones had excellent R&D, but their existence relied on the bigger ones allowing them to exist. The bigger ones relied on huge driers and when they inevitably needed more milk to grow they squashed the smaller ones by fair means or foul and made them pay for the privilege of joining( check the history and demise of Waikato and Tararua(Tui?) co-ops).
This also inevitably has lead to the current Fonterra culture. Tatua believed their R&D was enough to keep them out of the big co-ops grasp. I've always wondered how BayMilk would have got on going the Tatua way, it's notable the Edgecumbe plant even at 30 years old is run at full capacity as much as possible due to the high value products.

It would be interesting to see Fonterra's performance on its most profitable products equal in volume with Tatua's total collection. I suspect on a like to like comparison of specialty products it is less likely to show such a disparity in payout, or as noted compare chalk with cheese. Assuming the difference between a Tatua payout extrapolated across a total Fonterra volume is not a useful analysis of a forgone opportunity. For that to hold true the supply would need to be matched by demand without reducing the price. Not realistic in my view.

True as that may be, the amalgamations and eventual forming if Fonterra were sold on that add value basis.

Interesting comment there redcows. The farmers I know who voted for Fonterra did so because they felt that the status quo ie aggressively competing against each other on the world markets which resulted in ever decreasing prices, was not sustainable long term. More along the lines of 'United we stand, divided we fall' on the global markets. We never believed any of the hype around value add, despite what was told to us.

Thinking about it your probably right. There was the realization they two big uns were going to tear things apart. The words on value add came a few years later.

Sticking to one's knitting is bound to produce the sweater...