Wool suffers a grim price future. Dairy prices are also uncertain, but at least there is some upside potential

Rural News
Wool suffers a grim price future. Dairy prices are also uncertain, but at least there is some upside potential 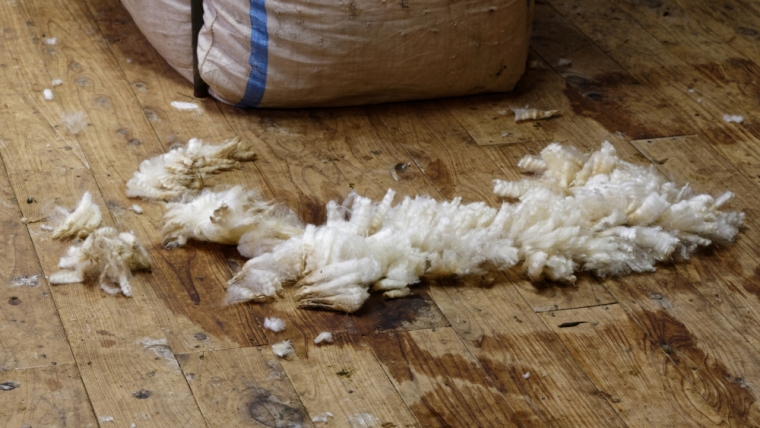 Two sets of recent announcements reflect to impacts of the current pandemic and the uncertainties looking into the future. The grimmest news related to the Napier wool sale held this week.

It was the first sale held for nine weeks and was always going to be viewed with some trepidation. Most wool categories (Merino being the exception) were already in the doldrums prior to the lockdown and cessation of auctions, but one thing the pandemic has taught just when you think things are bad it almost inevitably shows it can get worse.

The wool brokers no doubt would have liked to have been able to have held off for another couple of months in the hope that the European mills might start cranking up again but the dive into the pool was going to have to take place at some stage. Prior to lockdown the average for coarse wool (as what most of the wool sold at Napier is) was around $250. Today’s price was more like $210. And just to remind readers that is for ‘clean wool’, that is, grease and impurities removed.

The data set I work with goes back as far as 2005 and prior to today the low point was just prior to the lock down at $250 with the high point in July 2011 at $650. A price that seems hard to imagine now. I can recall my mother telling me that during the slump (the 1930’s one) they received 6 pence for their whole clip after paying the shearers and including the selling costs of getting the wool to Bradford England. Today, at $210 even the shearers wouldn’t get paid let alone the brokers etc. This is for the average of the better wools also, so over the whole fleece the average price would be even lower. As is the case in many areas these days China was the only really active buyer with India, the EU and UK all pretty muted. If we go back to, say December 2019, before the influence of Covid-19 was starting to be felt, the crossbred average was around $300. Today’s price is at 70% of what it was then.

So last week venison hit the trough with a heavy thud, and now followed by wool this week.

The second announcement was for the Fonterra 2019/20 milk price. As can be seen in David Hargraves update the price has stayed around Fonterra’s earlier predictions and the range is now $7.10 to $7.30 so with $7.20 the midpoint and expected payout and no change to the share dividend believed to be at between 15 and 25 cents.

Given this season has still been affected by Covid-19 most dairy farmers I imagine will be pretty satisfied with the Fonterra result, especially along with most of the other company financial indicators also pointing in the right direction.

I have to admit, I  along with plenty of others felt that Fonterra was at risk of throwing the baby out with the bath water when they went to their “back to basics approach”, but now we are in the Covid-19 paradigm and with the benefit of 20/20 hindsight they did exactly the right thing for the current situation. Some luck no doubt but as an old advisor I had used to say, “no such thing as good luck, just bad luck and good management”.

Next season, however, is not looking anywhere near as rosy and circumstances may catch them out. Fonterra chairman John Monaghan said, “For that reason, we are setting the opening 2020/21 forecast Farmgate Milk Price range at $5.40 - $6.90 per kgMS. The wider range reflects the increased uncertainty we face in the coming season.”

When we get past June this year the major influence on commodities is going to come from the looming recession rather than the actual pandemic itself.

No doubt the virus will still be raging around the planet but generally buyers of our products will be in operation. Whether there is any actual difference remains to be seen. Governments in many western economies have poured billions (trillions?) to try and protect their citizens from the worst economic effects and to help kick start world trade. Unfortunately, all the signals are that this will not be enough, and we will experience recession, like it or not. It just remains to be seen how bad and for how long.

All dairy farmers can hope for is that is the predicted midpoint of $6.10 proves to be overly conservative, and with China no doubt underpinning world demand, hope the final price is nearer the $6.90.

The biggest influence that may work in New Zealand dairy farmers' favour is whether other countries can achieve their predicted production levels. It would be a brave person to buy a farm on this premise though.

The USA is predicted (by USDA) to have a small lift in production on 2019 (even after leap day accounted for) of somewhere near 1.5%. It also occurs to me that with the Covid-19 disruption to meat packing plants there is likely to be a backlog of animals to leave farms and so more may be milked for longer (sound familiar?). All commentators are predicting a drop in returns to farmers.

In the EU, the coinciding of Covid-19 and peak milk along with disrupted supply channels and markets has meant that more milk than normal has already gone into powder form for better storage. Overall production is expected to be slightly up, but probably the smallest increase for some time and prices, again, expected to be down.

For both the USA and the EU, labour shortages due to ill health and more stringent border controls may also impact on production.

Australia is unlikely to have another season like the last one, what with droughts, fires, floods etc. etc. They, like us, will be watching ahead with some concerns but at least they are starting from a better place than last year. New Zealand’s own production has been shown to also to be able to be affected by climatic factors and so nothing guaranteed here either.

So, given all the production factors, some uncertainty around demand and Covid-19 still lurking the low payout forecast has to be expected. On a brighter note Rabobank are still predicting a bounce back in 2021 after a grim remainder to 2020. From here at the start of winter in 2020, 2021 still seems a long way away.

Replaced romney rams with wiltshire 8 yrs ago. Kept all replacement ewe lambs, worked genetics through quickly and culled hard. Now we have self shedding wool free sheep. Great move, once over the transition of shearing sheep with only a bit of wool on their backs. Lambs have higher livewieght on our hard hill country. Brings joy back to sheep farming.

Just done our bit for NZ wool: ordered a 100% NZ wool carpet job for the entire house. Easily the best (if most expensive) on offer.

Think it would be wise for farmers to tread carefully heading into 2020/21 season. The real effects of the worldwide recession will take a while to hit. Wool is one of the most intriging failures to anyone involved in growing it. So much potential, yet a complete marketing disaster. To be basically dumping a great natural, renewable fibre that insulates and is fireproof....? Until the industry is able to truly unite nationwide, with a targeted marketing plan we will continue to send our wool for disposal. The best place to start would be in NZ with mandatory wool carpet and insulation from here on. Sell a story around that, sold direct from the country that quashed covid19.. ( touch wood)!

I talked to a wool broker who thinks the wool industry is going to roll. Tonnes of wool stored in sheds and no buyers.

And from what I have just heard it may not be confined to coarse wool.

I asked another contact, he thought if they let the market set the price, in a no reserve auction, the price would be below 1$ a kg.