Guy Trafford explores the issues when a consumer food fad gets out of control. What liabilities do manufacturers assume when consumers act irresponsibly? especially when they are in another country

Guy Trafford explores the issues when a consumer food fad gets out of control. What liabilities do manufacturers assume when consumers act irresponsibly? especially when they are in another country 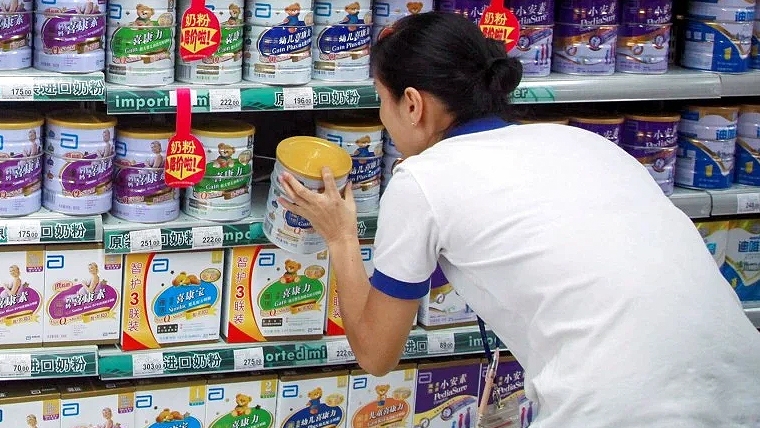 A word of warning came this week from quoting Jane Li, a dairy food consultant writing in the South China Morning Post. You don’t have to be a brain surgeon to know the importance of China to New Zealand’s (and Australia’s) dairy export trade.

However, Li sounded a word of warning regarding the fact that the Chinese are enamoured with our dairy products as not only a source of milk for infants, but also as a means to help boost the immune system, and keep COVID-19 at bay.

The issue is around interpretation, labelling and I dare say. Ignorance. Right from the top, the Chinese population have been sold on the benefits that milk can do for peoples’ health. The problem comes when due to lack of understanding, too many believe that anything emanating from milk must be good for and is equal in its benefits.

Li has highlighted information published by the Australian Bureau of Statistics and collected by industry group Dairy Australia. The concern is around lactoferrin and whey protein products being used as a substitute for ‘full food’ dairy products. This especially concerning when children and babies diets are involved.

Using Australian numbers, (and New Zealand’s are very similar in profile), they show that exports and whey protein products have had astronomical increases. Whey protein milk powders have increased from around 200-400 tonnes per month to up to 1,000 tonnes per month. While lactoferrin tonnages were not available, a 60gram tub which cost US$4.20 to produce was being sold for the equivalent of between $56.40 up to $84.60 per tub.

The major purchasers appear to be mothers of young children who buy it as a supplement to their infant formula powder. A major reason for the surge in popularity are the claims being made on social media on the ‘powers’ of the products.

It is a trend that raised the eyebrows of Reuters, so much so that they did a fact check on the claims. However, not surprisingly they found no evidence that either lactoferrin or whey proteins have any ability to prevent corona virus infections.

The US-based Whey Protein Institute advises consumers, “to be clear: you shouldn’t take a scoop of whey protein you bought online or at a supplement store, mix it in liquid, and feed it to an infant” because of possible protein toxicity.

Both the Australian Department of Agriculture, Water and the Environment, and the New Zealand Ministry for Primary Industries advise that their infant formulas and whey proteins which are aimed at adults meet Chinese import laws and there has be no contravening of claims or labelling. Many exporting companies leave the marketing in China to their in China domestic partners where they may relabel or make additional claims, often still without breaking any regulations.

Where New Zealand and Australia should be concerned is what happens when someone reports a child or baby becoming ill through protein toxicity or some form of deficiency.

The melamine scandal of 2008 caused majors issues for exported as did the botulism scare which some smaller companies never recovered from. The risk is that while exporters may not intend their non-infant formula powders to be directed towards babies, it certainly appears that a considerable amount is ending up there. China has a growing domestic production dairy milk sector in 2018 had grown to approaching 44% of the infant formula trade and would no doubt like to see imported competition reduced. The ‘abuse’ of non-suitable powders for infants could well play into their hands.

While the current returns to New Zealand and Australian manufacturers must be gratifying, especially in these challenging times, there must be a risk that could drag down New Zealand exporter reputations if China decides that the benefits of importing milk is not as favourable as it once was. Australia is already on the wrong side of a trade and diplomatic dispute with China which is hitting it in the pocket.

In a time when consumers are demanding more information about what they are getting, labelling seems to be a weak link in the supply chain. The concerns range from what can be labelled as produced in New Zealand, when the reality is much or even most of the product originated overseas. This one I believe really needs straightening out as it could cause real harm to our (NZ’s) reputation. To what can be ‘altered’ once it enters another country and leaves our jurisdiction. This is the most difficult one to control and the manuka honey episodes where classic cases of this. Laws and regulations can be imposed but unless they are followed through on, they don’t carry much weight.

What the solution is, I don’t know. But suspect it boils down to having good communication channels with the other countries and parties involved. And their preparedness to follow through on their rules. Sounds easy but in a country as large as China sorting out problems will be easier said than done.

Small steps again on the meat schedule but nothing has gone backwards except the saleyards appear to have softened a little. Perhaps they were getting over heated and too far out of step with published meat schedules. Again, wool is the biggest loser.

While all schedules have been moving in the right direction the last few weeks, one trend that seem to be coming apparent is the widening gap that is appearing between the North Island and South Island schedules. This is steadily moving in the North Island’s favour. Mutton and venison are exceptions. Some processors have wider gaps than others so the message to farmers is to "shop around". (Not a good message when we should be hoping to move to more contracted orders and stability within the works.) As stated, saleyards virtually across the board have come back a tad on all classes although killable sheep appear to be ahead of schedule still.

The story keeps getting worse with prices finding lows not seen probably since decimal currency came in (10th July 1967) on second thoughts just checked, 1977 hit $1.90 but for greasy, was around only .60 cents in the 1960’s but there were also around 50-60 million sheep also (currently nearer 27million).

The next GDT takes place next week, and given that China has had a few problems again with Covid-19, prices may still be flattish.