Guy Trafford assesses events in Taiwan, Hong Kong and China and notes how they may guide our COVID response here. He also reports on the changing value of country of origin labeling

Rural News
Guy Trafford assesses events in Taiwan, Hong Kong and China and notes how they may guide our COVID response here. He also reports on the changing value of country of origin labeling 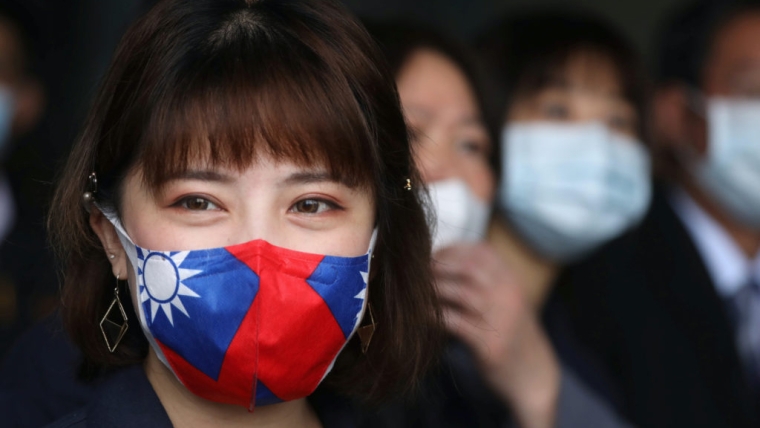 New Zealand will be able to observe whether or not letting foreign students in comes with too many risks from the safety of home. Taiwan which has been open to students coming from some designated safe countries, including New Zealand and Australia, is now opening the gates to all comers providing they complete a 14-day mandatory quarantine either at a designated hotel or dormitory.

The education sectors have been pushing for the return of international students to New Zealand for some time.

However, MoH officials and Government have deemed the risk too high.

The Taiwan move will now provide some gauge as to how high the risk actually is. It has been estimated that international students bring over $5 bln per year into the New Zealand economy - another situation of national health versus the national economy.

Taiwan, through a slightly different approach is one of the only other countries to achieve substantial control over the virus. It also has a heavy reliant on international students keeping the educational sector funded - many of whom come from mainland China - a fact which does create additional complications in getting Chinese students in and then back home again.

China believes that it has found evidence (again) of the COVID-19 virus on imported food. This time the food product was sourced from Latin America. The testing and screening of imported foods at Chinese ports has slowed down the flow of goods and caused bottlenecks and delays. No doubt New Zealand exports are also being affected by this.

Despite this, for the second month in a row China has imported record amounts of pork. In July China imported a record 430,000 tonnes which backs up what was a record in June of 400,000 tonnes. What has surprised commentators is that this has managed to be achieved when most countries production has slowed down due to COVID-19 impacts on staffing.  The June imports to China were from major suppliers including the United States, Brazil, European Union and Canada. Pan Chenjun, senior analyst at Rabobank  said "Considering the U.S. and Europe had suspensions or slower production in May, that's really incredible".

Domestic pork prices in China remain high and rose in early July to ¥51.17 yuan (US$7.40) per kilogramme, the highest since February. This signals that demand for New Zealand meat exports to China will remain high as a substitute for pork.

The meat schedule this week has been sending mixed signals. Most processors remain unchanged but there was some downward movement for the lamb schedule while cow has improved.

China’s agriculture sector has been operating under considerable strain lately with AFS affecting the pork industry, COVID-19 and its ramifications affecting everyone, and lately flooding and droughts in different regions having major negative impacts. Food security appears to be near the forefront of the government’s thinking as China has also been building corn stocks, largely from USA imports. Part of this may be due to the rumours earlier this month that much of the domestic corn crop was of inferior quality and some local authorities have banned the use of cell phones and the taking of pictures around granaries due to the poor quality of corn on show. Beijing has apparently criticised the local authorities for implementing this, saying there is no issue with the corn quality.

News of a new strain of the coronavirus being detected in a man who had already recovered from the main strain has sent a shiver down the spins of many. The case detected in Hong Kong was a 33-year-old man who was confirmed with having COVID-19 on returning from a trip to Spain, 4½ months after being first infected and recovering.

Genome sequencing by scientists at the University of Hong Kong showed the two virus strains were different, confirming the reinfection. Those infected usually develop an immune response that helps them fight off the virus, which should protect them from it returning, although that is now it appears this is not the case for everyone.

The World Health Organisation and others have warned that it is wrong to jump to conclusions from the experience of a single patient and larger studies are needed, especially as there have been 23 million cases recorded to date and this case needs to be seen in that context. There have been a couple of other recent cases picked up also, in Belgium and the Netherlands. Experts are saying some variations are to be expected and the new cases are no surprise.

It does, however, create further concern about the efficacy of vaccines being developed. Researchers have said the new case(s) does cast doubts about the wisdom of herd immunity and may mean the virus will remain with humans for some time to come and new variations of vaccines will need constant development. The good news appears to be that this variant is a milder version of the current COVID-19 variant. Currently it is not known how easily contractable the new version is.

Finally, the importance of labeling and packaging of food products in the country of origin has been shown with Chinese consumers. A recent survey has revealed a label claiming that beef is "Australian Made" is no longer enough for Chinese consumers but backing-up origin claims with blockchain tech would boost trust and potentially value. The same will presumably apply to New Zealand product.

In regards to beef, consumers in the study were prepared to pay an additional US$4-$8 per 150grams of packaged meat. The study conducted by the Queensland University of Technology was on limited people in over four of the larger cities in China.

Taiwan is a province of China, not a country.

Sorry Xing, the rest of the world thinks otherwise. Time to accept it

Resolution 2758 confirms that the People's Republic of China is to represent China in the UN. However, it never describes the status of Taiwan, no a single word. There is a difference between "One China Principle" and "One China Policy".

I'm not going to read the entire resolution but one thing I did notice.. it was passed almost 50 years ago. Fact is most thinking people in the Western world believe in and support Taiwan's claim to independence from China. It'd be nice if China's govt focussed on the big issues at hand and stopped bickering about a lost cause. History would tend to indicate Taiwan was never part of China until after the '45 defeat of Japan.

CooL has been a long time coming in NZ and it is time our "transformational" Govt got with the programme to allow consumers to make an informed choice and implemented the required laws, instead of constantly deferring the implementation of them.
Interesting how, with all Trump's rhetoric about China trade the US is still trading heavily with them. What a hypocrite

Taiwan has not allowed mainland Chinese students to return yet. People who follow the development of the cross-straight relationship know it is more of a political decision. Taiwan does not trust China since the beginning of the COVID saga. China now requires Chinese citizens returning from Auckland to present a certificate of negative COVID testing - this could be a common international practice soon.

Taiwan is so advanced compared to that other totally separate country...... poor old dictatorship China.