Guy Trafford wonders if now is a good time to buy a farm, given the recent selling price dips and the upturn in global demand for our farm products and a possible improvement in trade prospects. Your view?

Guy Trafford wonders if now is a good time to buy a farm, given the recent selling price dips and the upturn in global demand for our farm products and a possible improvement in trade prospects. Your view? 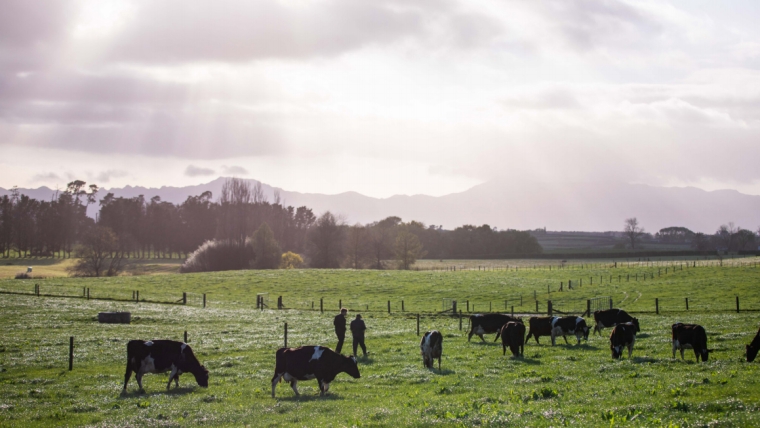 On the surface it would appear to be a good time to be considering to buy a farm - based on historic versus current prices anyway.

Data released by the REINZ show that for the year ending September 2020 total farm sale numbers have dropped by -5.6% to 1285.

Dairy farms lead the way with reduced sales. No doubt the combination of COVID-19 creating uncertainty in the marketplace, along with added complications over regulations around water, land and fertiliser have combined along with the underlying threat of the climate extremes to provide major disincentives to get into dairy farming.

I can only presume that to get to -5.6%, it has been horticulture that has lifted sale numbers to balance these negative categories.

Despite the fall in the annual numbers, in the three months to the end of September there were 401 total farm sales, 131 more than the same period last year with an upsurge in sales occurring at the latter end of the period.

Despite the reduced annual sales, the median price for the three month period ending September was $26,917 compared to $25,754 recorded for three months ended September 2019 (+4.5%). Showing the surge in the tail, the median price per hectare increased +4.9% compared to the same period ending in August 2020. So, while timing for would be purchases may be past its optimum and the market swinging to be in sellers favour, with product prices showing some resilience despite the virus, and interest rates at record lows and maybe to go lower, those with access to money must be getting tempted.

Most regions (11 of the 14) recorded increases in farm sale with only Otago, Bay of Plenty and seemingly the Wairarapa being in the negatives. Brian Peacocke, Rural Spokesman, at REINZ suggests that  “The increase in total sales volumes suggests farmers and investors alike are opting for the security of land ownership as opposed to investing in other sectors which have been and are continuing to be impacted by the constraints imposed by the COVID-19 pandemic.” “The median price reinforces the above viewpoint with most categories holding par or increasing slightly, apart from the horticulture sector which continues to grow in value and go from strength to strength”.

Last month the state-owned farmer Pamu, or Landcorp, wrote down the book value of its dairy farms by 10% in the year ended 30 June. Peacocke of REINZ said that write down number was about the middle of the range with the lowest being just over 7% and the highest write down close to 20%.

The Landcorp adjustment fits what is happening elsewhere in the country with nationally dairy farms compared to September 2019, the REINZ Dairy Farm Price Index fell -7.5%.

In the meantime, Tatua is going from winning post to winning post with a farmer payout of $8.70 per kg MS after retentions.

Last season Tatua paid out $8.50 to farmers. Not surprisingly China ‘s demand has featured in Tatua’s ability to achieve this year’s record result.

New Zealand’s internal performance is also looking positive with the 3rd Quarter financial performance up 8-10% after crashing to -12.2% in the 2nd Quarter. At this stage the predictions are for the 4th Quarter to also be positive. Much of this will be driven by the willingness of kiwis to continue to travel and spend. Most retail sectors are breathing a sigh of relief with what almost feels like generosity of consumers to help keep the economy moving. Even Aucklanders should be feeling welcomed in the further flung regions. Some however, are obviously feeling a little like how dairy farmers have felt for a few years with some hesitant to say where they are from, “Up North” being a thinly disguised code for Auckland. They needn’t worry too much most retailers even in the South Island are more than pleased to see them as things were certainly leaner when the Queen City was under lock down.

Today's referendum results are next notable event out of the blocks; however, I think the US election results are going to have a far greater audience and for the farming sector likely to have greater impacts.

Unfortunately, assuming Trump does not return, it is going to take years to reverse some of the negative impacts the current US administration has created. Trade though, may be one of the earlier areas that could be looked at especially with the American bias of economy over health that seems to prevail. What the ‘new normal’ looks like is going to be driven a lot from what future view the next US Government has of the world and of the US itself.

Around here there are no farms on the market, the farms that sold last were all very expensive on a wstk unit basis.

Rural lending has stalled at around 62 billion and that is starting to shrink. John Key said last week farm lending is going to be very difficult in the future due to Capital Ratios.

Councils are putting rates up at % 8 , costs are impacting farming along with resource consents and new water regulations.

Im sitting this out until I can see a future direction I like the look of.

Its always a good time to buy a "hard asset" like farm land when Bond interest rates are close to zero and shares are pumped as high as they are! At least farm land has continued to produce export income - without it NZ is a dead duck...................................
Lets hope Jacinda has woken up to to this and keeps the greens at arms length this time around!

When the market have almost written off one sector that’s often the best time to buy in.

By the time I'll be able to afford a farm, I'll be far too old to work it. Ah, c'est la vie

You make the perfect point Ham n eggs.
China is a market I'm quite familiar with, and since the pandemic instant noodle and rice meal factories have had to increase production significantly to meet increased demand.
People still have to eat, but they can eat less and spend less.

A lot of the world's humans could get by just fine eating a little bit less.

Every time I go to the supermarket I never see a shortage of food. In fact the volume and choice gets bigger every year.

The free market has been totally corrupted by low interest, QE etc.
The Market is now akin to Lotto.
That's what happens when we destroy price discovery. Investing becomes a game of chance.

As farm prices around here have slowly lowered over the past 5-10 years we have bought farms thinking they were better value than the previous year only to find them worth less a couple of years later. Are you calling the bottom of the market? If so - a brave move.
Wool sucks. Manufacturing beef is circling downwards towards $5kg for bull and how low? for boner. No one wants to pay a premium for venison. And our milk price is at the whim of one country -China.
Dollars in the bank, even at 1% may turn out not so bad after all.

Eventually without viable farmers we find those dollars wont get you much at all....

Risk of ag at banks going up. Harder to borrow.
P and I loans only - need a taxable profit every year
Average age of farmers rising - who can/wants to buy when they retire or have to stop.
Interesting times ahead.

New entrants simply can not afford to buy. Even farmers realise this now. You're either born into or you aren't.
The local rural area where I live is predominately dairy with about 100 suppliers.
Every single one of them is at minimum a 2nd generation farm, or they have come from another region where the parents have a farm who have put the money up.
A farm nearby to me (which is a sub economic unit as it is) has been on the market for two years at $3.45m. It hasn't sold so what did they do? Increase the price to $3.65m of course.
This sort of logic will end up crippling the industry because smart young people will see what is going on and just head in another direction.

A Farm in Europe is much cheaper than NZ and their "Markets" and customers are not so far away.

Check the price in Supermarkets here, as opposed to those in europe....a "No Brainer"......especially when we have less incoming tourist, so less income.

Diets may have to change for those poor people, even when heavily subsidised by Handouts.

At least Cannabis may be freely available as policing has gone up in smoke, even though Voters objected to legalising doping up our Consumers.

I think you have a point there Ego, could be better investing offshore, just watch out for local tax regulations.
In the late 80's I looked into moving to France, the French gov't was trying to encourage farmers back onto the land, Some beautiful houses and farms for 800k but the tax law was in a book of about 2000 pages. Still have some regret I didn't give it a go, would have been a great lifestyle if nothing else.

I have always though Aussie had to be better bet but many farmers who tried came unstuck. I have a friend doing well in Victoria but third generation and some family still invested in farm.

Brother lives in France, his daughter just bought a Life-style block and 4 bed house for 150K Euro... Have had my eye on 4 nice houses and 140acres for 600k Euro, but at my time of life, no point in Working myself into an early grave. But it would have been nice when younger.....The equiva-lent here would be crazy.

Not that I disagree with the sentiments expressed by WoQS, but didn't a house with a section big enough for a cricket pitch sell in Auckland for about $4.25m? That makes even uneconomic farms cheap in comparison.

that's because banks only have to put up 2.5% capital on housing but over %23 for farms. Banks love housing it's highly leveraged and in so, highly profitable.

I agree that farm land seems to be the only thing that has decreased in price. But I have no desire to purchase more. Crypto currency rather that crypto lambs seems much more lucrative with stuff all effort.
Going to be a tough year for some. Got $4 kg for store lambs mid December last year, Best offer so far is $2.80, ouch! Many farmers in my area 20% down in lambing due to snowstorm, fortunately I moved a week earlier in my lambing date and largely missed it!