Labour Governments have been successful in harnessing markets to tackle problems. They could do it again to tackle agricultural emissions, says Alex Duncan

Rural News
Labour Governments have been successful in harnessing markets to tackle problems. They could do it again to tackle agricultural emissions, says Alex Duncan 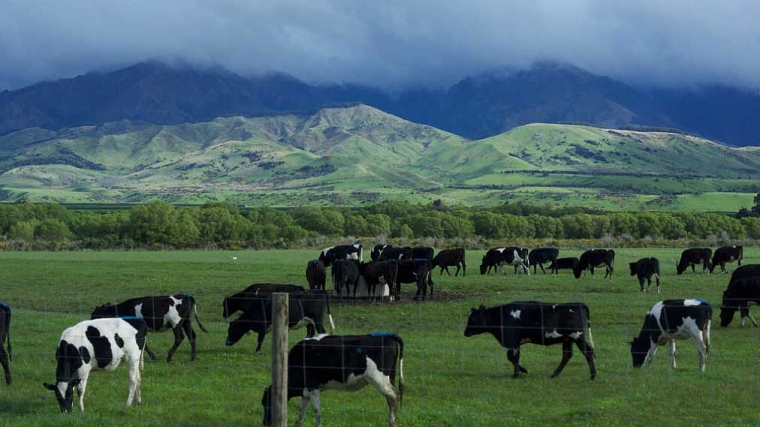 Leaving aside labour reforms, over the last 40 years, Labour governments have created and deepened markets that have benefited the economy.

In 1986, the Lange government broke ground by creating a market for rights to commercially-caught fish.  This is known as the Quota Management regime (QMS).  Despite detractors, the QMS has reduced economic waste that arises from excessive fishing effort in fisheries with no fences.  The QMS also provided a platform for Maori to be compensated for past ills.  This was achieved through the Sealord Agreement.  Maori now have a majority (and growing) stake in New Zealand fisheries.

The QMS wasn’t perfect when it was established.  For example, limited knowledge of orange roughy and hoki stocks at the time resulted in over-estimations of biomass, thereby reducing fishing volumes.  But the valuable stake the fishing industry now had in the QMS resulted in the sector supporting lower quotas.  New Zealand remains at the forefront in using markets to assist sustainable fishing.  Australia and other countries now emulate the QMS.

The Clark government in 2001 passed legislation that removed the statutory monopoly of the NZ Dairy Board for almost all dairy exports.  Fonterra emerged as the owner of most of the operations of the Dairy Board.  Under Labour, New Zealand’s largest export sector became subject to market competition at the farm gate.  Competitors now account for more than 20% of milk collections strengthening incentives for Fonterra to continually improve its business.  The co-operative responded by lifting the performance of its core ingredients business, including the ground-breaking Global Dairy Trade auction introduced in 2008.  But Fonterra’s desire to invest heavily offshore ended badly.  The co-operative has returned to prioritising activities that enhance the value of New Zealand milk.

New Zealand again faces another knotty problem - the vexed issue of how to tackle agriculture’s contribution to greenhouse gas emissions.  This problem is also amenable to market solutions.

New Zealand is about 60% more emissions-efficient than the global average, including milk production, processing and transport.  World welfare would therefore be enhanced if New Zealand produced more milk and higher-emitting dairy countries produced less.  But the rest of the world won’t buy this.  New Zealand too is obliged to reduce greenhouse emissions from its agricultural sectors.

So how can New Zealand lower agricultural emissions while minimising the reduction in its citizens’ welfare?

If any administration can solve this problem, past experience suggests that the current Labour Government is up to it.  Unencumbered by minority parties, the Ardern government has an opportunity to again turn its hand to using markets to address this challenge.

Over the last few years, technology has enhanced the ability to measure emissions on a farm-by-farm basis.  Since October, Fonterra farmers have been receiving unique Greenhouse Gas (GHG) emissions profiles for their farms.  This is the first time such a tool has been introduced in New Zealand at scale.  The reports provided by Fonterra disclose indicators such as the estimated level of biological methane and nitrous oxide emissions per hectare, and the amount of emissions per kilogram of milk solids.

This is a pretty good basis for establishing a benchmark for quantifying GHG emissions on farms across the whole pastoral sector.  A first step would be to cap national total pastoral GHG emissions, which is made easier because dairy appears to be close to ‘peak cow’.

Farmers currently do not directly bear the cost of GHG emissions.  But they could be made to do so through a surcharge on farmgate prices.  Alternatively, farmers could obtain a quota for GHG emissions that they would either purchase or be given.

The same choices were faced leading up to the QMS in 1986.  Some commentators at that time argued that fishers should not receive their right to catch fish for no cost.  Instead they should pay a ‘tax’ on fish landed in order to reduce catch (the equivalent of a farmer incurring a GHG surcharge on farmgate prices).  Regardless of the rights and wrongs, vessel operators would have fiercely resisted an initiative that resulted in a significant value loss.  The QMS would never have flown.

Any attempt to do likewise for agriculture emissions risks the same fate.  Farmers will be strongly motivated to delay or neuter the provisions that relate to agriculture in the Zero Carbon Act.

In contrast, farmers could receive GHG quotas for no cost that matched existing emissions for each farm, akin to the QMS.  This would motivate farmers to economise their use of GHG emissions.  GHG quotas could be bought or sold as their farming systems or land uses change.  The resulting impetus for farmers to reduce emissions intensity would dwarf outcomes from regulations, including cumbersome input-focused ‘farm plans’ that will never fit individual circumstances.

Of course, the main goal is still to reduce GHG emissions generated by agriculture.  Under a GHG tradable emissions regime the government would be a potential buyer of GHG rights, which would spread the cost of its international obligations across all citizens.  Alternatively, or in addition, the allocation of GHG emissions could be reduced gradually over time, perhaps by 1% or 2% per year.  This would result in farmers as well as the wider community sharing the cost.

Obviously more work and discussion is needed as the provisions of the Zero Carbon Act loom closer.  A regime along the lines outlined will not be perfect.  But evidence from previous innovations supports a conclusion that markets can improve as they age.  And Labour could boast another market success.

Alex Duncan is a consulting economist. As Manager of the Economics Unit of the NZ Fishing Industry Board, Alex was heavily involved in the design and advocacy of what became the QMS in 1986.  He was also a member of the Ministerial Review of the Fisheries Act in 1991.  While a Corporate Finance Partner of Arthur Andersen, he was an advisor to the CEOs of both co-operatives that merged to establish Fonterra in 2001.  He was a senior executive of Fonterra from 2002 to 2015.  Early in 2007 he initiated the establishment of a dairy auction now known as GDT.  He also guided the design and implementation of Fonterra’s capital structure changes that took effect in 2012.

How about farmers get paid for the carbon they store on their properties, instead of the nationalised public service it currently is , then we could destock, stick the feet up and let someone else worry about paying for NZs living standards?

Agreed. If Ag is brought into the ETS it must be allowed credit for carbon storage on farm - ALL of it i.e QEII blocks, shelter belts, riparian plantings and retired areas To do otherwise will imposing a cost will not get the required buyin.

Yea, and Soil. It is a closed system - if stock numbers are the same as 1990 or 2005 depending on benchmark

Essentially, if something along the lines outlined in this piece is adopted, farmers will hold a valuable 'GHG emissions' right. This would help achieve what you want - that is, farmers would receive a benefit when they reduce emissions from their farms. In contrast, if emissions are 'nationalised' the incentives for farmers to do what you propose will disappear. Instead, reliance will be placed on rules, penalties, cumbersome farm plans and the like. The result will likely be a slower journey along a much more rocky road.

"rules, penalties, cumbersome farm plans and the like" give sustained, lucrative employment to a vast army of clueless drones esteemed public servants, plus of course the associated consultants, lawyers, planners, auditors and other assorted teat-suckers. They will fight to retain, expand and further entrench That trough. So the result is fairly much baked in.....

"New Zealand remains at the forefront in using markets to assist sustainable fishing."

What are the mechanisms/drivers behind this?

In 2018 the Environmental Defence Society published a report on the NZ Fisheries Management System ('Voices of the Sea'). The report noted mechanisms in the ITQ system that "can drive a rationalisation process to reduce overcapacity in the fishing fleet and improve economic efficiency and investment certainty within the industry. It can provide an effective tool for capping harvest levels and help to incentivise the long-term stewardship of stocks by harvesters". Since the QMS commenced, the NZ fleet has increased the efficiency of its operations and its fleet. In contrast, in many fisheries elsewhere, fishers have strong incentives to over-invest in order to be first to harvest fish (at the expense of others). Governments abet this waste by inventing rules that make fleets even more inefficient. For all that, the QMS can be improved - hence the move towards cameras on vessels and other measures.

I read it as the market would provide safety to the fish stocks? i.e. supply and demand would dictate that as fish species become scarce the price would rise and curb demand?
But even that is a bit late in the piece for slow growing and long living fish species that may or may not have low fecundity?

The Queensland government and the British government are PAYING their farmers to take action on enhancing water quality. I know this is not carbon but it is in the same " save the environment" space. Governments that see fit to do that could presumably be persuaded to do much the same for GHG emissions. We need to remember that every other producer in the world is a competitor and their governments have vested interests in maintaining competitive advantages.