Guy Trafford finds that huge rates increases for 2021/22 and further out are coming, far in excess of of the large rises we have already had. Farmers are asking, what happened to the $100+ mln previously taken?

Rural News
Guy Trafford finds that huge rates increases for 2021/22 and further out are coming, far in excess of of the large rises we have already had. Farmers are asking, what happened to the $100+ mln previously taken? 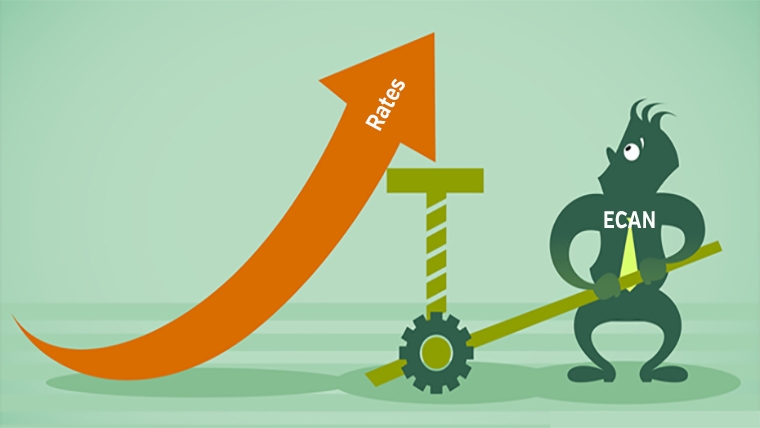 Farmers and other Environment Canterbury (ECAN) ratepayers should be concerned about what New Zealand’s largest regional council is proposing as an increase for the next financial year.

At the moment the +24.5% increase looks to be locked in as all but 4 councillors (of 14) have approved the increase. It’s not as though ECAN has been holding back increases over the previous years as the ECAN graph below shows.

The justification for the rise is to meet the government's Essential Freshwater package, reduce emissions from public transport, COVID-19 economic recovery, flood protection and climate change.

Judging by the response of environmental groups, there is a feeling that the programme is to target farmers. What is difficult to see is how the extra funding is actually going to make any real difference.

There is to be an increase in compliance officers and water monitoring but given the vast majority of farmers are adhering to the new regulations around stocking and fertiliser usage where the additional money is to be spent appears unclear.

Reading the ECAN documents, despite the fresh water initiatives receiving much of the blame for the increases, looking at the ‘bubble graph’ (compliments of ECAN) the large brown bubble relates to urban transport, a service which the rural sector receive very little benefit from. 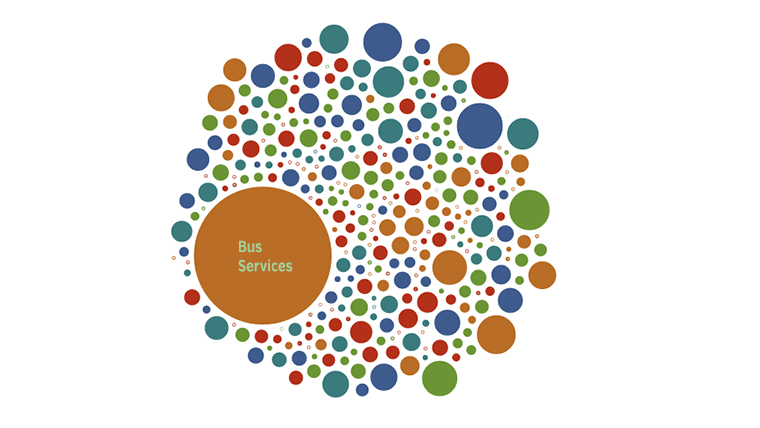 The issues that have created the problems with Canterbury’s waterways have taken generations and it is going to take a similarly long time to get the situation cleaned up. ECAN is already receiving additional funding from central government in the form of $46 million from Waka Kotahi NZ Transport Agency to assist with public transport and another $23.3 million for the wilding pine control plan.

While the rates hike is not yet set in concrete and there is an Option 2 which dilutes the +24.5% down to +18% it is clear from councillors’ statements that the Option 1 is the preferred option.

The public do have the opportunity to put in submissions up until April 11th however whether +18% or +24.5% nobody except the most strident environmentalists will be happy.

Today the Otago Regional Council lifted the ante up a notch with their initial plan showing a +73% increase. No doubt this will (also) be pruned away at before they settle on the what the highest figure they feel the public will wear.

A somewhat dated graph showing  local government spending (local Government Cost Index LGCI) versus the Consumer Price Index (CPI or inflation) reveals that even back in 2011 projections were looking dire. Certainly, what has occurred with ECAN and most other Regional Councils shows that the forecasts have turned out to be too conservative with the gap between the two increasingly widening.

It doesn’t take a genius to realise that the world is getting more complicated, the public’s expectations are changing and certainly getting more aspirational. This inevitably means that councils need funding increases greater than just meeting CPI increases however the golden goose cannot keep pushing out eggs for ever especially when there don’t always appear to be any improvement in the services the public receives. 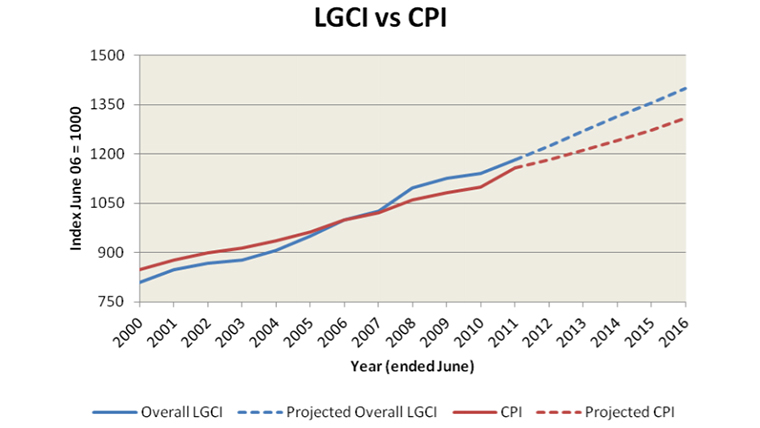 At least six Christchurch City councillors have waded in saying the rise is “this is a completely unsustainable rise and will further hit the back pockets of hard-working ratepayers - at a time when the Public sector should be looking to drive efficiency.”

A snap of other regional councils shows that most have been more constrained and several mention the constraints that COVID-19 has put upon ratepayers as at least in part motivation for trying to keep increases modest. Hawke's Bay Regional council though has also joined the big spenders with a +19.5% rise mooted. Auckland were the Regional council joined with the city in 2010 has kept to a modest +5% with neighbour Waikato Regional Council at +7.5%. Waikato which has similar water issues to Canterbury has managed to only need to allocate 2% (of the +7.5%) to the fresh water reforms.

One option that ECAN seem to have canvassed is borrowing. Given the supposed size of the deficit  for Canterbury which is $46 million it would seem prudent to at least look at borrowing as a first option, as Otago RC seem to be considering.

If the amount was spread over a 20 year loan at, say, 4% for the term then the annual cost, including repaying principal comes to $3.38 mln a year. This seems on the surface at least to be a far more manageable option.

The other question that North Canterbury Federated Farmers president Cameron Henderson has asked is where has the 10 years work and $100 million already invested into working towards getting freshwater nitrate levels down to 6.9 micrograms of nitrogen per litre gone.

As the forward underwrite lessens, this will be the effect. So few folk see it; peak the flow of energy, go past the peak (and fracking tells us we've got no better options left) and what happens? Things get 'more expensive'.

Don't moan because it's beginning; track the Limits to Growth (the graph is World3; the longest forecast to match events we've ever produced. See where we are on the graph.

Forget 'farmers' and 'environmentalists' (although it's worth noting the former have a vested interest, the latter don't) this is about 'where the heck do we go from here?'

It's an overdue discussion.

After huge rate rises over the last 13 years (mine have risen over 300%), Nelson council wants much bigger rises over the next ten years. Question is, for what? Money for essential infrastructure was diverted to non-essential vanity projects over the last 13 years, and vital infrastructure was allowed to rot. Now Nelson wants to build hugely expensive buildings to house a new library and climatorium. Nelson already has an excellent library, better than many cities. Local government is out of control, and allowed to continue this way by the Ministry for Local Government in Wellington.

Everything in NZ from local council, public servant, private entities - all requesting the cut from 'wealth effect' of relentless property upwards trajectory, so it's a good thing isn't it? massive rates increases, into salary, then into servicing rental then into landlord mortgage to the OZ banks. Soon NZ will hear a prolong, rolling over strikes of asking for more income relief relative to the cost of livings, NZ already put that equation into housing as the 'unmovable' quotient/constraint, so mathematically speaking? the rest of the equation just have to be up to compensate the balance - injecting more variable into local calculus from overseas equation seems the only logical option.... until those too reach the delusion/no longer works, it's at saturated point.

Ah this old chestnut - “this is a completely unsustainable rise and will further hit the back pockets of hard-working ratepayers - at a time when the Public sector should be looking to drive efficiency.” Deflection, BS and kicking the can to the next generation - the hallmarks of neoliberal economics.

The truth is that the effects of the low tax environment that has been the norm for more than 30 years is now beginning to bite.

This isn’t about fat public servants needing to be efficient, it’s about the collapse of key infrastructure in almost every sector - roads, water, health care and the lack of investment in productive industries (instead all our capital goes into useless houses).

Why has this occurred? Because the folks now retiring inherited all that infrastructure from their parents, they never built it themselves and now they aren’t willing to pay to have it upgraded.

It’s the current situation that is unsustainable. “Sudden” rates increases are simply the result of years of cumulative neglect and are an inevitable response by government that we will now see nationwide and across the Anglosphere.

For the past two years Ecan has monitored our irrigation consent, which involves receiving information sent to them by the service provider ( who bills us about $160), at a cost to us of $60.01 pa. We are now told that the cost of receiving and storing that information , starting from July 2019, will be $230. Monitoring will be extra, and we will still have to pay the service provider who collects and transmits the information. Ecan claims these charges are to recover all reasonable costs incurred. I think when I make my presentation to the Disputes Tribunal I will be asking Ecan to present the actual, itemised costs they incurred when processing my consent. As for the rates increase one has to ask what spending $34m on climate change resilience will achieve, apart from gratifying a few headless chooks.