Guy Trafford tracks the national GHG net emissions levels, setting the agriculture trajectory, especially compared to transport. There is a lot to do, and not just on the farm, to reach the 2030 goal

Guy Trafford tracks the national GHG net emissions levels, setting the agriculture trajectory, especially compared to transport. There is a lot to do, and not just on the farm, to reach the 2030 goal 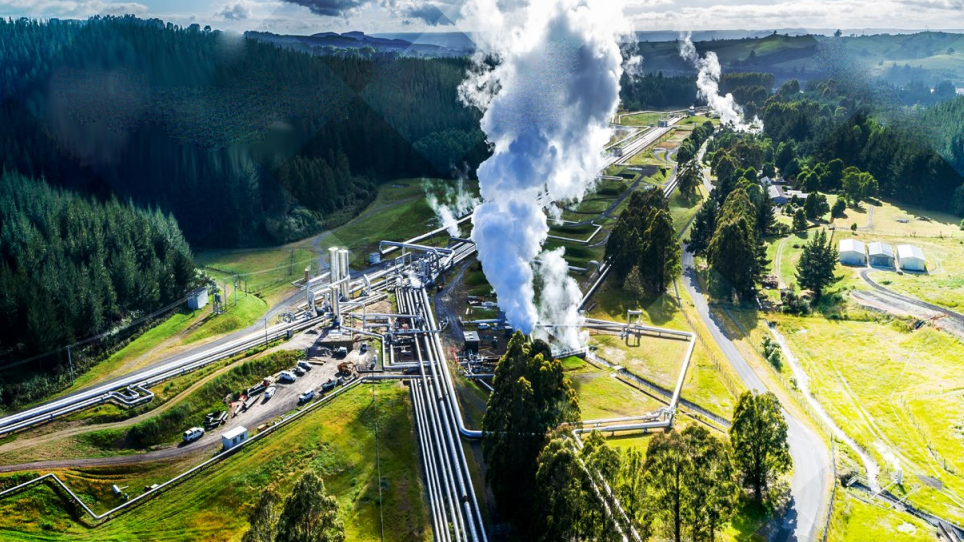 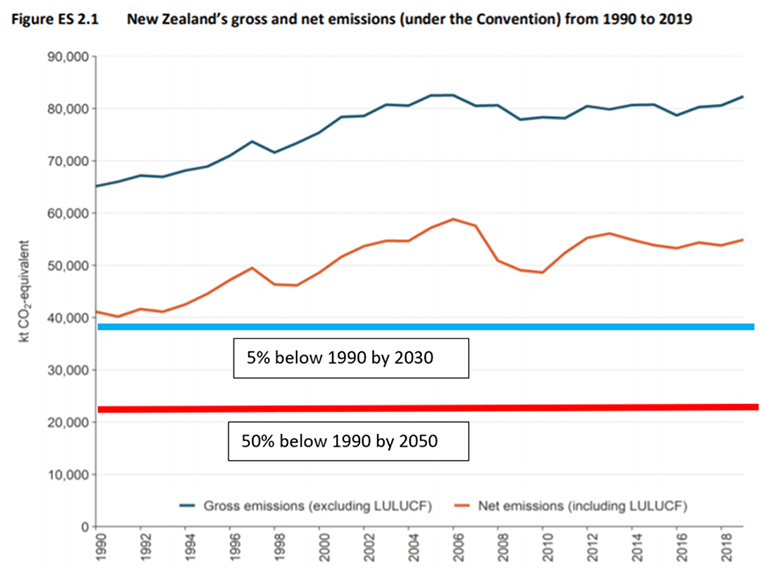 As can be seen in the above graph while net emissions have flattened somewhat in recent years, they need to emulate the period in the 2008-2010 period from now on to get close to where ‘we’ need to be. 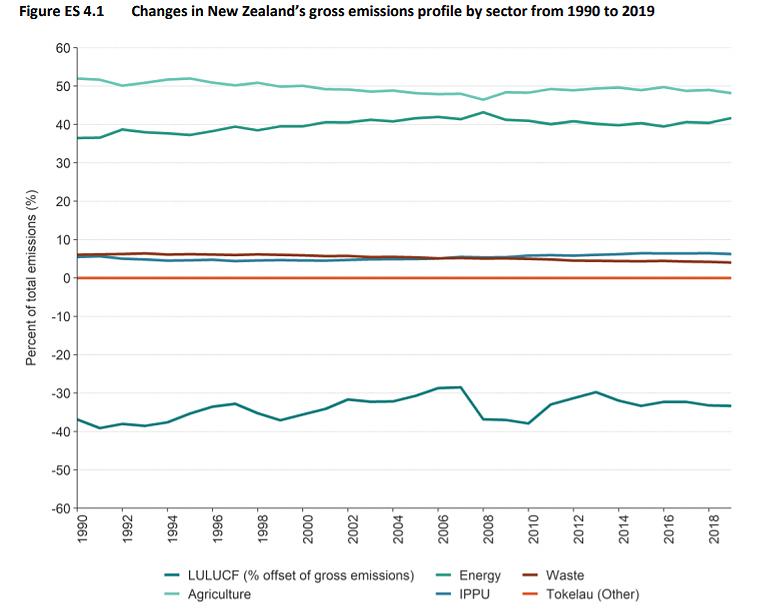 It confirms the view that despite all the noise around agricultural emissions the rises have been coming largely from transport (all of us) and in large doses. Not that agriculture, particularly the large-scale conversion to dairy over this period and the felling of plantation forestry to help facilitate this, have not made a huge contribution over this period.

However, while dairy cow numbers have increased by 82% of 1990 numbers, they are now back at 2011 levels and providing dairy farmers can resist the temptation to ‘buy’ additional production with brought on feeds (Westpac’s forecast of $8.00 per kg MS will certainly make this a real ‘risk’) the trend will continue with more land coming out of dairy production than seemingly going into it.

Sheep are well below 1990 levels (58m 1990 to27m 2020) as are deer. Beef cattle numbers are bucking the trend a little with lifts over the last 5 years (3.5m to 3.9m approx.). However, still well below the 4.6m herd size in 1990. This has meant that agricultural emissions are now at 2005 levels. So, falling, but admittedly no where near the rate they and others need to fall but still, going in the right direction.

Sticking with agriculture since 1990 CH4 (methane) has increased by 5.9% however the other major agricultural GHG, N20 has gone up by 46.9%.

The big discrepancy between the two is that there has been a substitution effect between sheep and dairy cows regarding CH4 as per volume of feed digested similar amounts of CH4 get emitted, the big gains have come from the additional feed being grown on farms converted to dairy from sheep (and trees) and fed to cows. N2O emissions however, should be less from sheep than cows. (Sheep have proportionately smaller bladders and ‘tinkle’ small amounts more often which plants are able to more readily absorb prior to converting to N2O).

Cows tend to ‘flood’ when they urinate putting effectively the equivalent of 1000kgs N per ha on the area flooded. The plant is unable to come close to utilising this and therefore the opportunity is far greater for the urine to convert to N2O (and does). On top of this (and the report focuses upon this) there has been a 663% increase in the use of Urea (nitrogen) since 1990 the report writers surmise this is where the N2O has come from.

I don’t totally disagree, however, I suspect a lot of the gain is due to the extra feed produced by the additional urea is passing through cows and ‘flooding’. Much the same end result but slightly different route.

Dairy farmers now have limits on how much N (urea) can be applied and also N being allowed to convert to N2O is effectively wasted if not being utilised by plants so applying large amounts is economically counterproductive not to mention the environmental denigration.

Needless to add the big gains in country's emissions are coming from transport. The 2020 figures show a reduction due to the lockdown period and lack of international tourists but it is going to be a blip rather than a trend. Overall total New Zealand emissions were down -4.8% with transport estimated to be down -38% - before heading back on the previous track.

Recent reports have shown that transport emissions are continued set to increase with Auckland set to have a +6.1% increase as population and motorways increase transport usage.

How New Zealand gets out of the cleft stick it has with transport is difficult to see without central government taking a major role. Rural folk due to being well away from public transport, may be affected more than urban people by potential future changes.

All switching to EV’s may be a solution in the cities but having followed a Nissan Leaf (EV) briefly over the Rimutaka Hills the other day it is going to take considerable additional expense for farmers and others to get vehicles that are able to emulate what SUV’s etc can currently do. What I do believe though is that while the agricultural ‘problem’ is more around economics than politics, the transport issue is more the reverse (accept nothing is ever quite that black and white).

Until a government provides real leadership and this will require all Kiwis accepting that some personal sacrifice will be required (more tax to fund more rail etc, higher fuel costs, requirements to get rid of combustion engines etc. etc.) nothing is really going to change.

At the moment transport emissions are able to hide behind the agricultural screen, but that is changing, be it slowly.

If a dairy cow is fed a carbohydrate or starch to complement her pasture diet, her Milk Urea Nitrogen (MUN) comes down. This is effectively the excess nitrogen in her diet being off set by carbon. It takes energy to produce milk, grow a calf and keep weight on. A pasture only diet overloads the cow with crude protein, increasing weight loss after calving, increasing lameness and sometimes even causes the cow to abort. It’s a bit like a combustion engine that it running too lean - which is too much air and not enough fuel. This engine won’t last long tuned in this way.

So just like a combustion engine, a more efficient cow is also a lower polluter, not to mention more economic.

Had an interesting conversation with some retired hill country farmers the other day. talking about how well beef cows and bulls did after they had "gone bush " for awhile. Also how a sick cow will recover when put in the "weed" paddock, plentof herbs and different plants for it to choose from.

Solardb, I have a very long 'long acre', more commonly known as road front. I used to have a beef cow herd, and when the farm cover was getting a little low I would spend an hour or two a day sitting on the road with them. They had a ball, they would get really excited and smash down toi toi, rip into whitey wood, disappear into the pines only to come crashing out in a hurry when they realised their mates had moved on. Big fat healthy girls. I always thought their health had a fair bit to do with the bush they could hook into. Their calves generally weaned well over 300kg also. I am considering heading back into beef cows, they can be frustrating tarts. But its a more relaxing lifestyle.
Also I spent $7000 trucking in fattening stock last year. I could knock that on the head completely.

"nothing is really going to change"

This part is the only promise we will keep
You dont get MORE economic activity & less emissions (unless you greenwash it by outsourcing your emissions overseas)
And last i heard, we werent making any promises for less economic activity

A guess creating lots of new jobs to retrofit existing infrastructure to be more energy efficient doesn't count as "economic activity", even though it is clearly reducing emissions in the long term.

One must beware Jevon's paradox, though.

Its about rebuilding now after a very tough year. If we want to reduce omissions then get rid of this bunch of politicians1!!

Guy, you have perhaps missed the more important point regarding ag emmissions. NZ's methane cloud has effectively be stable since the 1980's when stock numbers stopped growing. Methane produced today is largely offset by methane breaking down from the previous decade - thus creates very little additional warming, unlike transport (increase in long term CO2) and deforestation (decrease in CO2 sequestration), which as you correctly point out have increased markedly in the past decade. Thus farmers being asked to reduce methane production are effectively being asked to provide a net cooling effect to offset our continued accumulation of long term CO2 emissions in other sectors of our economy.

Yes it does, but the small amount of CO2 produced through hydroxyl oxidation, is then incorporated into grass cellulose by photosynthesis, which is used by those same methane producing ruminants to produce milk and meat. Thus there is no further accumulation of methane in the atmosphere unless overall ruminant numbers are increasing, which for NZ has not been the case since the 1980's (dairy has increased but sheep and beef has decreased).

Methane has increased, but less than most GHG (5.9% since 1990) so don't basically disagree with you. My point is more about how gov't is going to get (or not) the transport etc (includes farmers) to start to reduce their share. Much of energy increase is actually driven by central gov't with immigration policies and new motorways etc and the (increasing) distance required to meet promises.

Hi Guy Thanks for responding. I'm not saying farmers shouldn't contribute at all - my point is that whilst farmers are being measured on gross methane emissions (methane breakdown not factored in) and yet other sectors are measured on net emissions (offsetting CO2 through tree planting is factored in) then we are comparing apples and oranges and will never get anywhere. I'm more than happy to pay a methane tax on the 5.9% increase to our methane cloud - just not the other 94.1%. I would encourage you to have a look at the following paper by Brian Easton http://www.eastonbh.ac.nz/2019/03/new-zealands-methane-cloud/ where he proves that the bulk of NZ's warming since 1990 has come from other sectors and NOT from ag (an important point which commentators continually seem to miss). Brian concludes "In 1990 (the first year for which we have detailed records) New Zealand’s aggregate carbon-equivalent emissions (after allowing for methane breakdown) amounted to about 2.7 MTEs. In 2016 (the last year for records) they were 21.9 MTEs, about eight times as much. Most sectors contribute to the rise (waste is an exception) but there has been two major contributors. First, energy emissions are about 30 percent higher. Second, land use, land-use change and forestry are absorbing about 25 percent less carbon in 2016 than they were in 1990. Methane hardly comes into the equation."