Without an overall umbrella system, New Zealand's varying sector claims to producing food in an environmental sustainable way lacks credibility, new research shows. And no progress to remedying that flaw

Without an overall umbrella system, New Zealand's varying sector claims to producing food in an environmental sustainable way lacks credibility, new research shows. And no progress to remedying that flaw 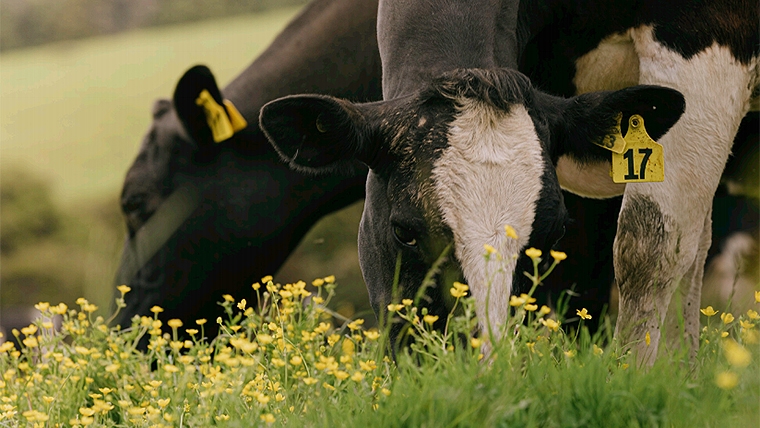 New Zealand livestock farmers have with the encouragement of their respective industry bodies believed that that their green credentials were second to none. However, a paper released by Lincoln University academic Dr Nic Lees is questioning whether this belief is correct.

Ireland agriculture instigated the Irish Origin Green back in 2012 which at the time was reputed to be the first national level, third-party verified sustainability programme and brand for agriculture. Part of this programme is the ability of farmers (since 2011) to be able measure the farms carbon footprint, something New Zealand has only recently begun to implement at the national level. Without the program Dr Lees said “This means it is not possible to give feedback to individual farmers on how their management practices affect their carbon footprint or to demonstrate progress. Furthermore, it limits the ability for the data to be aggregated to the industry level”.

He goes on to say “This prevents the New Zealand agricultural industry from validating its sustainability credentials and demonstrating progress in reducing on-farm emissions.”

While New Zealand may have been a little slow out of the blocks, in recent years the New Zealand meat industry has made considerable movement with the Red Meat Profit Partnership, a programme involving meat companies, some banks, farmers and matched 50/50 by government. A major output has been the New Zealand Farm Assurance Programme (NZFAP) set up in 2017. NZFAP covers the audit and certification of sheep, beef and deer farms.

The weakness in New Zealand is that the NZFAP only relates to the red meat sector, the dairy industry has a range of programmes mostly lead by processors (Synlait’s’ “Lead with Pride” stands out as one) and presumably there are other different industry sectors which also have their own.

But there is a lack of an overall umbrella.

The exception perhaps is the organic movement but even there, there are a number of different audit providers with a spread of standards.

Dr Lees says “One of the challenges identified is that New Zealand has no equivalent agency to Bord Bia (Irish Food Board) that can provide cross-sector leadership on the issue. Promotion of New Zealand food exports is undertaken primarily by individual companies, industry organisations and a number of government agencies with limited overall co-ordination.” He said there were repeated calls from a variety of stakeholders for a New Zealand version. “However, to date, there has been little progress in achieving this.”

It is probable that for a pan-sector programme to be developed it would need to be a nation-wide and government funded body such as MPI to provide the leadership. Whether they have the skills able to achieve this is questionable.

Changing topics, earlier in the year I was a little cynical of the folk from NIWA predicting problems ahead from a La Niña weather pattern. Working from data and personal experience La Niña normally brings in enough rainfall events to keep droughts away. This year has however, proved different and NIWA were spot on in their predictions.

Northern Canterbury for example has one of the driest years to date along with high temperatures. Getting days towards the mid 20 degrees in May along with little rain does not bode well for building up feed for winter (yet again). The predictions from now up to July are not seeing any great changes. EV rates will be considerably lower allowing the soil to hold onto what rain that does fall. For most of the country good rain volumes are expected to fall over the upcoming weekend with only the South Island east coast looking as though there will be somewhat less due to arrive. Given the number of dry seasons East Coast farmers in particular are now experiencing, droughts are starting to appear to be the norm with good rainfall years being the exception, pretty much what NIWA have been predicting as a consequence of climate change but happening sooner than expected.

The drop in the venison schedules this week from one of the major processors must come as concern for producers. When the big slashes were made last year the cuts were accompanied with the message that if and when things improved then farmers could expect some retrospective catch-up payments.

However, further drops in the schedule signals that any catch-up payments are not going to be seen any time soon especially as the Easter period is the traditional time when Europeans consume larger amounts of the product and that is now well behind us.

Of beef, lamb and venison, venison is languishing well behind. Fortunately beef and lamb and sheep meat are still looking relatively positive.

The government is regulating organics. There will be just one standard, if you believe the press releases.

Its not their fault, the goverment are feeding them the Coolaid, but maybe the Govt advisers believe Agriculture is a cot case and organic food is the mantra of the future

Wrong Jack. In NZ Toitū Envirocare is already doing it.
UK, Aussie etc can offset emissions. NZ farmers can't, though Toitū Envirocare (govt owned via Landcare Research) did appear to offset methane emissions on Lake Hawea Station, when it became the 'first carbon zero farm in New Zealand'. Close to 1,800 tonnes, or 71% of CO2-equivalent emissions, from Lake Hawea Station are due to methane from grass-eating sheep and beef. Other contributing areas include greenhouse gas from animal urine, fertiliser use, supplements, and farm vehicles. However, on the other side of the carbon ledger, the farm locked up well over 3,966 tonnes of carbon through extensive tree planting and areas of regenerating bush. https://www.toitu.co.nz/news-and-events/news/farms/the-first-carbon-zer…

So on one hand NZ farmers can get carbon zero certification through offsets, on the other, legislation says NZ farmers can't offset using on-farm credits. Makes a mockery of the legislation, or is it a mockery of certification schemes that only get there by offsetting? Nestle wants to be carbon zero in 2030 with its brands and are requiring its suppliers e.g. Fonterra etc to reduce emissions to enable that to happen. Hence a N Surplus limit in the Fonterra 'Cooperative Difference' programme and all Fonterra farmers receiving a farm GHG report last season.

Don't disagree but the higher farm bodies aren't moving here. This is a non traditional farmer who specializes in brands. I look forward to the day others do. To be fair Fonterra is moving here along with other dairy companies but others are very slow and a lot of on the ground resistance.

... with cellular food production increasing at a remarkable rate , livestock in open fields may become a thing of the past .... perhaps it'll take a generation or so , but farming as we know it is facing the chill winds of " creative destruction " ... emissions targets will become meaningless .... are farmers aware of the risks to their livelihoods , to our nation's economy .... from Muufri milk in Ireland , to Shiok shrimp in Singapore , Perfect Day in California , companies are spending big on research into artificial production of proteins ...

An utterly meaningless statement. Of course production of anything requires energy, but how much? If the science-to which you claim to ahere tenaciously-increasingly permits the production of artificial foods such as meat, with much less energy, less water, no methane or fertilisers, would that not be worth doing?

But I forget; according to you, financial and societal collapse is imminent, so why bother?

Meaningless is the assumption that the energy cost and water cost etc are lower. Most producer have not exactly been forthcoming due to commercial sensitivity.
When they do.....

An overall umbrella verification for sustainability is a nice idea but assumes that there is widespread ecological literacy. The evidence suggests that we are still locked into linear reductionist thinking. How else can government forge ahead with climate legislation when they do not know the full life cycle assesments of either pastoralism or forestry? Just monetise carbon with a tax on livestock digestion/respiration and fossil fuels and only credit forestry photosynthesis. The net result is a transfer of wealth from the many to a few overseas investors. Absolutely zero effect on climate.

As always, the question is: what do you mean by "sustainable"? Currently the focus only seems to be on carbon, but there are many more metrics (water/fertiliser use, leaching, soil loss etc) that determine whether something is truly sustainable or not.

Yes, soil loss is the biggie for NZ hillcountry which makes up a large percentage of our farming area. The bush was only felled and burned relatively recently and already huge amounts of soil have gone. The question is, are the fragile hill soils really able to be farmed sustainably in the long term at all? I suspect not.

Agree there are many sites where it should be put back to permanent forest cover.

It's not just the angle of the slope that causes soil loss. Erosion on the flats is a problem too, and plenty of soil is still lost from under the forest parks in a heavy rain event. It's not so simple as just putting the land back to trees and forgetting about it.

It's a good question. Sustainability is a complex goal and shouldn't be narrowed down to any one focus. It still doesn't show the whole picture but another sustainability measure to consider is to consider the energy expenditure related to food production - a calories in/calories out equation. One broad approach is Savory's Ecological Outcome Verification measurements which monitor the outcomes of on-farm practices to find if the land is degrading, sustaining or regenerating. And the FAO came out with their indicator in 2019 which looks at 11 indicators of sustainability, at a farm, region or country level, to measure agricultural sustainability.

Until we stop over simplifying what sustainability means, we're never going to reach it.