Guy Trafford finds New Zealand's nuanced approach to trade with China has far less long-term risk than that of Australia, even if the short-term favours our cousins

Rural News
Guy Trafford finds New Zealand's nuanced approach to trade with China has far less long-term risk than that of Australia, even if the short-term favours our cousins 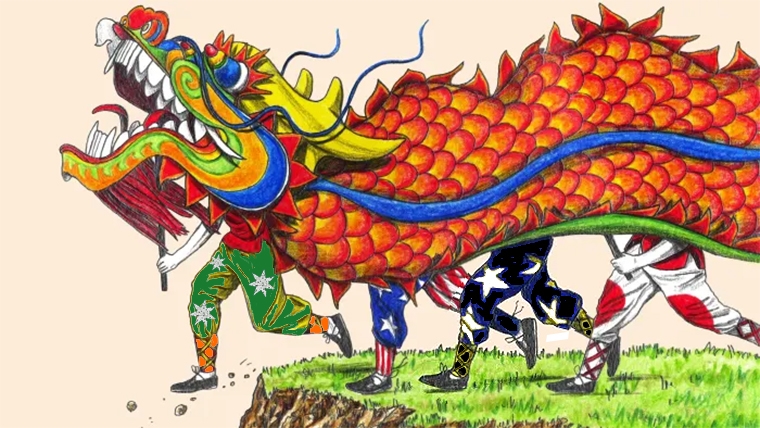 The halt on Fonterra share trading last week was done to presumably allow the market time to digest the latest news and speculations. Among the options floated has been that Fonterra may look to buy back tradeable shares thereby putting total ownership of the co-op in farmer owners’ hands.

The cap on Fonterra shares (of Fonterra shares into units) was done to prevent future exposure when it comes to having to buy back shares if that option is pursued. The result when share trading was re-open on May 7 was a free fall of the share price going as low as NZ$3.90. 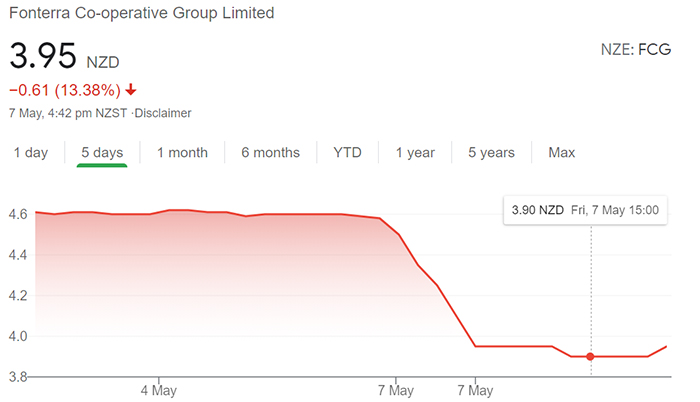 It has been lower, going down to $3.19 in September at the trough of the Fonterra foreign investment woes, and since getting as high as $5.15 in March this year.

The reason for this latest drop? Probably shows that investors don’t like uncertainty. The cap on numbers I’d have thought would keep things relatively stable in the meantime given that milk volumes are not likely to increase and may well decrease.

The price fall appears to be showing there are more farmer sellers than buyer demand but could also be a knee jerk reaction by those with surplus shares to get rid of them now at a known value.

There is a lot more to go on this story when the final decision is made after further farmer consultation and put to the vote at the November AGM. The approval of 75%+ would be required from farmer shareholders to achieve any major change.

Much media time has focussed on the New Zealand government’s reluctance to more openly criticise China’s human rights record, especially in regard to the Uyghur people in Xinjiang province. Criticism has been coming from our Five Eyes partners (US, Canada, UK and Australia). Australia has stood out as being particularly vocal about various China policies but especially the Uyghur peoples treatment. It occurred to me that perhaps because Australia already has a Free trade Agreement the USA and appears close to settling one with the EU and UK they felt less exposed to the economic sanctions being applied to them by China?

In fact, the reality is just the opposite.

New Zealand as a country exports far less in percentage of total exports to China than Australia does, and despite no FTA exports more to the USA. (See figures below). New Zealand also has the ‘advantage’ of being able to export to Australia.

It then begs the question as to why the two countries have adopted different stances when dealing with China?

Australian politicians appear to be overflowing with contradictions. Despite the fact that Australian politicians seem to find delight in giving Kiwi’s a hard time, withholding social welfare benefits despite years of tax paying and sending home anyone who dares break a law they do allow in far more refugees (pre-Covid) per head of population than New Zealand does and often will be happy to highlight other countries shortcomings around human rights issues. And in the case with China, at considerable expense to the country economically.

Part of it seems to be where the US goes, Australia is quick to follow. Where New Zealand tends to follow the lead of the UN.

Looking at some older research data done in 1989 and going back to 1969 it showed that Australians as a population held fairly moderate attitudes to Chinese and although the survey said they perceived Chinese less trust-worthy and the same survey said they found Americans more aggressive.

However, in the last couple of years (2018 -20) recent attitudes towards China have plummeted with trust in China and its leader going from 52% down to 23%. Similar to what has happened in the USA.

New Zealand, despite its past shocking treatment of Asians has research now that shows in general the population is quite supportive of Asian immigrants and sees them as providing benefits to the country. (although likely to also now view the Chinese government with more distrust than previously). Regarding immigration, this is at odds with almost every other country which generally have negative attitudes to any immigration.

New Zealand has also managed to achieve FTA’s with Taiwan and Hong Kong which no other OECD country has achieved while still managing to adhere to the One China policy.

So, while New Zealand’s neutral approach with China may leave it open to criticism from others, New Zealand is also less tied to the US and following their lead, perhaps a conditioning that goes back to the nuclear free days and the US’s reluctance to meet us part way.

What appears to be happening with the Uyghur population and Hong Kong etc. etc. cannot be condoned or even ignored but New Zealand and Australian (and the US) do not look great when put under closer scrutiny. For instance, Maori with 16% of the population make up 52% of the prison population and have a life expectancy nearly 10% less than non-Maori. The figures for Australian Aboriginals are far worse and the US and Canada both have similar stories. I’m certainly not trying to excuse what is and has happened in China and New Zealand is trying to reverse the negative trends with Maori. But it does make me feel vaguely uncomfortable when pointing the finger or worse being asked by other countries to point the finger at other countries.

Fortunately, New Zealand taking a more ambivalent approach is providing some respite from negative economic fallout and hopefully a diplomatic approach will bring some softening in China’s attitudes with some of its policies.

The road ahead does however look rather bumpy.

It is well-known that the US led media complex is the biggest sources of lies.

Smearing China around the world is only a part of the US's strategy in competing with China.

I doubt very much a country of 240 years history with no moral ground can successfully compete with the only continuous civilization in human history.

The competition will peak in the next five years.

If only people were more questioning or sceptical of they lies and propaganda coming from establishment affiliated media...

Or this shameless rubbish?

Quite the comedian aren't you?

Fine couple of examples of

To compare racial inequities to deliberate genocide is to swallow the CCP propaganda hook line and sinker.

The lowest risk long term option for the western world is to diversify away from China and pivot towards like-minded nations as soon as possible. China will do what suits China without any regard for the impact on other countries. A world with China as the predominant superpower would be a world with democracy on the way out.

For all the faults of America they've generally set up democratic governments in countries they've invaded, rather than making them a colony. Do you think the CCP would do that?

Totally agree. No comparison with the atrocities underway in western China and what has happened in the past in NZ. And - we are currently seeking to resolve, while China right at this moment has a programme of at least cultural genocide underway. Sometimes trade has to take a backseat to human rights, ask the European Jews how looking the other way turned out.

Gingerly criticise human rights violations in China if you wish, but whatever you do don’t criticise equivalent atrocities committed by Israel for fear of being labeled anti-semitic.

The issue as I see it with Israel and their land grab from the Palestinians is that it was a long time ago. 73 years now. Midwestern US and NZ were both settled by "invaders" or "Colonists" -pick your definition about the same mid 19th Century era.
What didn't happen 73 years later -let's say 1923 - in either Auckland or say Minneapolis were Global Media lambasting these countries for "occupying" Maori or Dakota land that they had given by outside governments in London or Washington D.C. some 73 years earlier, and imagine if the Maori 50 years earlier in say 1875 had conducted high intensity war fare to regain the land and push the settlers into the sea (1967 War won by Israel). Palestinian people would be living much better today with new leadership that wasn't still trying to re litigate the 1948 Division, and their consequences of starting a war in '67.

It would be a moot point whether Australia is exporting more to China as a percentage of their total exports now. Pre the stoush they were exporting about 37% of their total exports to China. However as a result of the disagreement I saw somewhere that this has dropped by about 40%. That would therefore mean that their exports going to China have now fallen to 22% of Australia's total exports, assuming that they have been able sell their products elsewhere. I think we export about 26% of total to China. It would be great if we get ours down significantly and on our own terms.
A2 milk is an example of what can happen to a company when they blindly rely on the Chinese. NZ companies would be very wise if they produced risk analysis's of how they would survive if they lost all Chinese trade over night. I say if, but as each day passes, the probability of this increases.
We should never forget that China is an aggressive totalitarian, militaristic state that treats it's own citizens with ruthless brutality and would therefore have no qualms in anything it might do to any other country. As per the Australian example we could loose all or most of our trade over night if we slight them in any way. Companies would be wise to make concerted efforts to significantly reduce their dependence on China, even if at reduced margins. Better that than lose the company.