Guy Trafford reports on the latest dairy auction, and reviews some recent market research showing more of household budgets are being spent on delivered food and trying meat alternatives 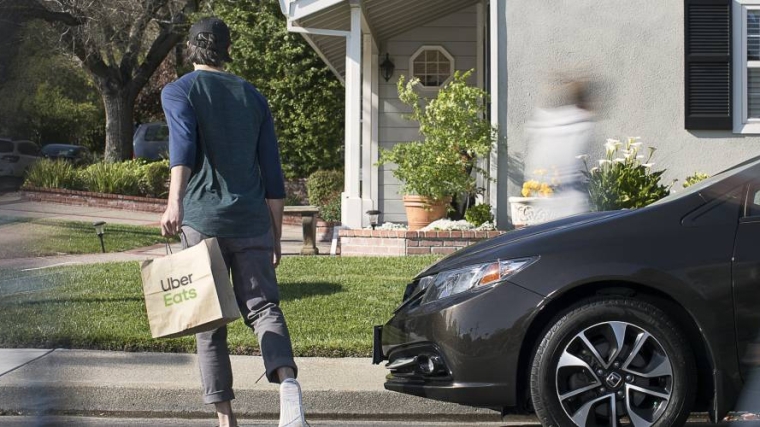 While we were distracted over the renewing of the lock-down, yet another GDT dairy auction took place. Just shows the world keeps ticking over regardless of the incidents that occur down here.

The results can be considered mixed yet again. Overall, the weighted results were up, however, within that the all-important WMP price has dropped yet again, this time by -1.5%, which makes the GDT price for WMP in $US falling by approximately -$800 per tonne since the recent peak back on 21st March of US$4,364, back now to US$3,552.

The other range of products fared better with:

Given the high prices for milk products within China, the fall in WMP has come as a surprise and may reflect the fuller stocks occurring within China and some softening of buyer confidence. The lift in the other products likely is a reflection of the increasing commercial activity in our trading partners.

Rabobank put out a report recently in conjunction with KiwiHarvest that shows the Covid lock-downs have had (are) an impact upon the New Zealand public’s food buying habits. We seem to be catching up with what is happening in other places around the globe with greater use of the food delivery services such as; Uber Eats, HelloFresh and My Food Bag.

This has resulted in a preparedness to spend more on food.

Among the results is the fact that there has been a greater “willingness” to try non-meat alternatives. The increase in spending has been quite significant within some households. 35% of New Zealanders living in households are spending more than $200 per week on food (up from with 26% in 2019) with 12% saying their household is spending over $300 per week (seven per cent previously). However, along with this came the result that more consumers are happy to purchase irregularly shaped veges and fruit when they are discounted. “A total of 39 per cent of survey respondents indicated they’d opt for regular-shaped fruit or vegetables at $4.00 per kg, while 43 per cent would choose misshapen fruit or vegetables at the lower cost of $1.30 per kg.”

Among the results was that more Kiwis are trying non-meat alternatives. However, farmers needn’t panic just yet.

The incidence of vegetarianism has not risen, with “health reasons were cited by nearly three quarters of respondents wanting to reduce meat intake, while impact on the environment, the cost, and animal welfare concerns were the next most frequently-cited reasons.”

Despite the increase in food delivery services and the criticism supermarkets have been receiving recently over food costs etc they are still where the vast majority of consumers go to purchase their groceries.

A report from the Commerce Commission showed the majority of consumers used supermarkets as their primary source and also as their source of ‘top up’ purchasing. Alternative suppliers tended to be used for difficult to source products or higher quality products.

Despite the current duopoly only central Auckland who get the CostCo market due to open early next year may get additional real competition.

The other much mooted company ALDI from Italy is unlikely to come to New Zealand due to the relative lack of population. There are a raft of other potential companies but no-one is looking likely to move in at this stage.

As a food producer and retailer the thought of additional retail competition comes as a mixed blessing. Yes, it would be great to see food made cheaper and more available to all. However, smaller retailers have less purchasing clout with producers and wholesalers and so cheaper supermarket prices may see the (further) reduction of choice as the second-tier retailers get priced out of the market.

At the moment the Commerce Commission appear to be thinking that the profitability of the two large supermarkets is too high (currently assessed at 4.5% pre tax although the supermarkets are not in agreement with the techniques used to come up with this figure) but whether they (the CC) can do more than rattle sabres remains to be seen.

"Yes, it would be great to see food made cheaper and more available to all." I don't quite see how this can happen? After all, the rules and cost pressures going on producers actually mean more expensive food. It's weird how the public and officials want less intensive food production, for environmental benefit, and with the other side of the face, wanting intensification, so cheaper food can be produced? Which is it to be?
Ban bulk discounting, then we'll see real competition!

Also pretty hard to see prices come down when another layer of handling is inserted by the food delivery. Not against foodbag etc but it's not going to lower the cost. Actually quite like the idea as the hardest part of preparing meals is deciding what to make.

Oh yes and on the vegan thing. Seems this study confirms what was already known. Fruit and veg have the heaviest weight of toxicity in their production, animal ag the least. Remember what was said about free lunches? https://pubs.acs.org/doi/10.1021/acs.est.0c05717

Can't see food prices coming down ever, as the cost of fertilizer is going up rapidly. There is not much fat in the supply chain once you factor in transport, processing etc. Sure put pressure on retailers and they pass that pressure on to producers who are already on a shoe string.

As you say this was pretty widely known already, but that is only one metric. What about water use, nutrient leaching, human health effects, greenhouse gases, soil erosion, energy required?
Note: I am not a vegan (if i was i would have mentioned it already ;) )

Yes totally agree, Environmental degragation due to food production is an on going factor that has no real fix. Some talk of regenerative Ag but it is an illusion.

Food production can be circular, but it needs that human waste reapplied where food came from. Shame humanure is mixed with all sorts of industrial waste, pharmaceuticals, and pathogens.

Water use? Depends on the system. Veg and fruit can't be allowed to suffer moisture deficit without consequent quality and yield drop. Meat can be produced on some pretty lean country and depend on what falls from the sky. Vegans like to quote the US style feedlot system as their benchmark for environmental effects, which isn't really applicable in NZ, except for 5 Star Beef. Nutrient leaching? Again depends on system. Pasture doesn't need much maintenance fert. Urine, dung? Great soil building products, being mindful of stocking rates. Greenhouse gases? Stock are carbon neutral. The only surplus gas releases are from the tractor and quad. Methane? Part of the natural cycle ending up as soil and pasture carbon. Nitrous oxide from urine? Again part of the natural N cycle. Soil erosion. Yes, can be a problem on fragile soils, I'd say soil loss on premium soils through cultivation is probably more of an issue. Energy required? Generally stock use their own energy to move around. Cropping tends to be very input intensive. At the processing, logistics end? Not sure. The ship carrying meat is probably carrying onions and kiwifruit as well. In summary, everything in moderation. Meat is tasty and nutritious, just don't over do it. Industrial scale farming is a problem, but that isn't just meat production. Is rainforest clearance to grow beef and soy for animal feed a problem? Yes it is, but it's again an industrial farming, poor governance, and population growth problem, not a meat one. Over fertilisation, dead zones? I imagine those maize and soy farmers would switch to biofuel production should their animal feed market disappear. What won't disappear, is the dead zones.

What you are suggesting is a very low production farming system that would only feed a small village type population.