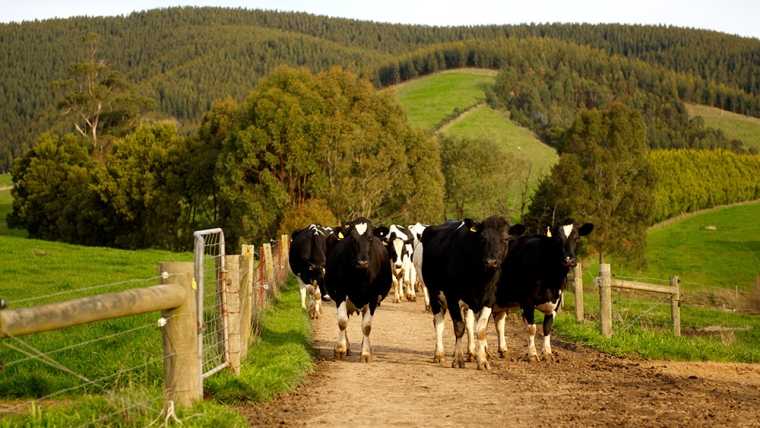 With global milk powder prices drifting lower during recent months and a slowdown in Chinese import demand expected to emerge over the remainder of 2021 and into 2022, Rabobank has reduced its New Zealand farmgate milk price forecast by 20 cents to $7.80 kg/MS for the 21/22 season.

In its latest Dairy Quarterly Report, Rabobank says global commodity prices — and the strength of the farmgate forecast for New Zealand dairy farmers — will heavily depend on dairy import demand out to the end of the year.

“All eyes will be on China — our key export market — as a source of risk to the downside,” RaboResearch Senior Analyst Emma Higgins said.

“Supply is outpacing demand in China, with domestic production growth combined with growing inventories, and these factors point to the potential for a period of destocking later this year and into 2022.”

Ms Higgins said global markets may be able to absorb lost sales from China through 2021, but pressure will be felt in 2022, initially in Oceania, but eventually rippling through global dairy markets.

“Despite the lift in prices at the Global Dairy Trade auction earlier this week, we see a strong possibility that the near-term peak in global dairy commodity prices is likely behind us,” she said.

While the strength of Chinese import demand would be pivotal, Ms Higgins said there were several other moving parts contributing to global supply and demand dynamics which would, to varying degrees, have a bearing on New Zealand’s farmgate milk price forecast over the remainder of the season.

“These include how New Zealand’s spring peak shapes up over coming weeks, and how global dairy demand holds up in the face of the expected reduction in fiscal aid from Governments worldwide,” she said.

“Further factors are how high feed costs and growing margin pressure in the northern hemisphere influence milk production in that part of the world, and the degree of strain placed on global supply chains by inflation.”

Ms Higgins said milk production for the new 2021/22 season has started off on a strong footing for most dairying areas.

“Collections over the trough of the season have delivered positive growth numbers once more. Milk flows for July lifted 6.6 per cent and this followed another strong June production month with growth of 1.7 per cent,” she said.

“Good profitability with the strong milk price forecasts have helped with supply growth over this period, manifesting in extra cows being held over for milking from the prior season, or a shift in on-farm planning for farmers looking to maximise the most of the favourable weather over the first half of season by bringing calving forward.”

While milk flows are currently up on the same period last season, the report says Rabobank’s milk forecast for the full 2021/22 season is for production to remain unchanged from 2020/21.

“We anticipate weaker production growth over the tail of the season in quarter one 2022 to ultimately keep production on an even keel to last season – which would still be an excellent feat as the largest equal milk volume from New Zealand dairy farmers.”

Rabobank says farmgate milk prices are generally on the high side across much of the world, but rising costs of inputs and downside risk in milk prices are giving producers the blues in a number of major exporting regions.

“High feed prices and general input cost inflation are a common thread across key milk producing regions around the world, but the ability to withstand the cost pressures depends on the milk price,” Ms Higgins said.

“Much of the world is experiencing high enough milk prices to offset higher costs, however, the US market has experienced heavier milk supplies that continue to weigh on milk prices, and EU milk prices are barely keeping up with the rising input costs.”

A summary of milk payout forecasts by the major dairy analysts is at the bottom of this page.