The higher farm gate milk prices go, the more challenging it is for Fonterra to operate profitably. Profitability is an issue for other dairy companies too at these milk prices. Early season indicators are milk volumes will be strong

Rural News / analysis
The higher farm gate milk prices go, the more challenging it is for Fonterra to operate profitably. Profitability is an issue for other dairy companies too at these milk prices. Early season indicators are milk volumes will be strong 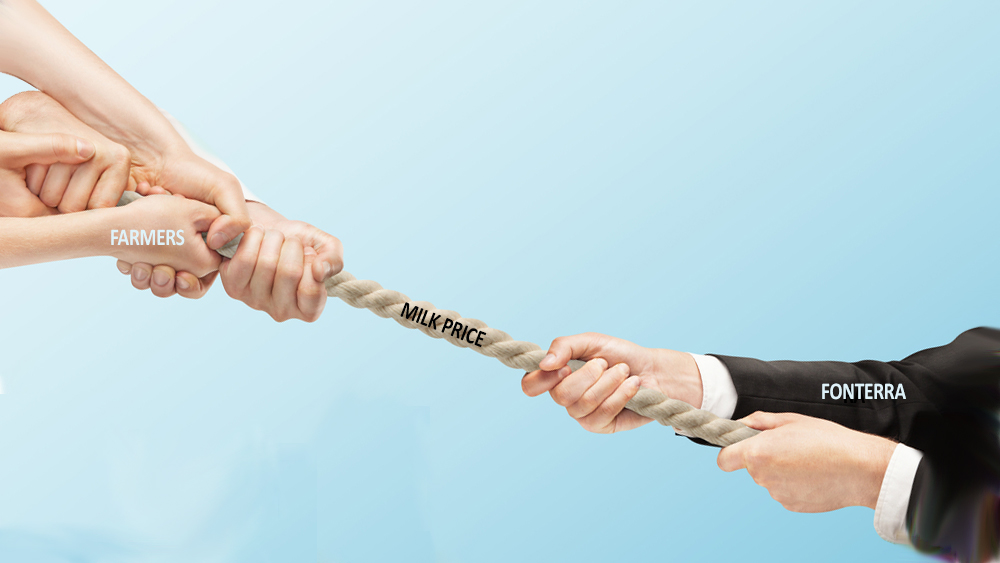 The latest dairy auction continued the recent upward trend that started back in August. Since that time the GDT weighted average has lifted in jumps by about +12%. Over that period all of the four major products New Zealand exports (Butter, Cheddar, SMP and WMP) have had regular lifts which will help Fonterra meet its recently upgraded seasonal farmgate price.

However, as Nathan Penny from Westpac points out nothing is ever that good or operates in isolation. He reminds us that the higher the farmgate price goes the harder it is for the added value components to compete, and show a profit.

Also, while all products are up, if one takes off at the expense of others there exists the potential of lost opportunities through insufficient processing capacity of that product, say WMP.

However, in the meantime dairy farmers are knocking on the door of a record payout for the season (if it can be maintained). Penny points to a drop-off in world production as the reason for the current lift in prices.

Unfortunately, while Fonterra is experiencing a positive patch the same cannot be said for A2 Milk. Over the last 12 months its share price has steadily declined on the poor performance of sales, largely a result of Covid-19 interruptions.

The demise of A2 Milk is also matched by its source producer, Synlait. This shows that just being involved in the dairy industry is not necessarily a sure path to riches making the Fonterra result more impressive.

The high outlook price must also be putting pressure on other New Zealand producers who tend to link their prices to Fonterra’s. Early days yet for the big Coop, with plenty of water to pass under the bridge but indications look good. Ironically, Fonterra’s share prices have also been looking rather sad over the last 6 months or so. But in their case, this is largely due to the restructure plans.

The NIWA outlook for a La Nina season is for the traditional drier parts of the country better than an El Nino and certainly to date most of the country has been experiencing reasonable rainfall. Irrigators have only really cranked up in the last week or so, given it has been at the start of September for many years when irrigators have been turned on, this year has been a boon. What the total milk flow for the year is going to be is always a raffle this early into the season, so far not only are prices good but production could also be good.

Sticking with share prices AllBirds, a shoe and clothing company started up by Kiwis Tim Brown and Joey Zwillinger, opened on the Nasdaq and appear to be on a winner. Using merino wool sourced from New Zealand to produce their products it continues the strong demand that merino is experiencing - but unfortunately not transferring over to coarser wools.

Further to reinforce the quandary that New Zealand has in the methane discussion (see article3/11/21), James Shaw has been dragged into the debate before even leaving the country.

Environmental groups have criticised him for hypocrisy in signing up, along with another 100 or so nations, in agreeing to reduce methane emissions by 30% by 2030 whilst all the while having no plans to match the reductions in our own policy. This position, however, is not only conducted by New Zealand with those countries signing up to the -30% agreement also not bound to make the cuts domestically. This makes it appear to be a rather “Claytons” agreement.

If this smoke and mirrors approach is how COP26 is to be conducted then making any real progress is going to be highly unlikely and just reinforces my cynical view of the politicians and the political process especially when it comes from an international level.

Australia, however, chose not to sign the methane reduction agreement, perhaps putting a bit of honesty ahead of international political expediency.

On an optimistic front the COP26 meeting may get positive change across the line although as with all these agreements it takes time to measure the success or to show that it has yet again just been hot air rhetoric.

“Profitability is an issue for other dairy companies too at these milk prices” - That statement sums up the importance of the Co-op model Fonterra to NZ Inc. If Fonterra wasn’t there to uphold the payout to farmers, a lot the money from those higher prices would go to offshore shareholders instead of rural NZ

Yes, in spite of the best attempts to scuttle it in the name of capital efficiency and value creation.  Hopefully the current capital restructure proposal is enough to maintain the cooperative structure for time to come.

Remember the governments plan in response to the climate report is not due until May next year. I am sure Shaw will come back with a bee in his ear , and will be pushing for more action. It could be tied in with 3 waters . and have methane capture for all sewage plants , and landfills. How much is burnt off/leaked  at the Gas flares in Taranaki , I don't know

Unfortunately , i think the biggest factor in May will be how much Labour thinks it will need the Greens , and the Green vote at the next Election

Great to see the value of the farmer coop being recognised for its benchmarking in the NZ dairy industry.

I found the rhetoric around how the coop model was inefficient pretty frustrating.  A seemingly myopic view that it was squandering NZ potential to extract greater profit from raw milk because the owners of Fonterra wouldn't allow external capital tied to non farmer shareholders.  Yet I look at Australia (iron) and Chile (copper) where export of ore (and for Oz the critical smelting coal) are the primary export functions. With domestically smelted metal playing a minor role. And that's the non coop corporate model working. Another big difference is that profit from Fonterra stays in NZ, rather than being exported by multinational corporations. And one last gripe, no one is pressurising comalco to further process aluminium into market ready extrusions down in Southland - no, just give them the electricity at a fraction of the price other industries have to pay for them to export yet another semi processed commodity.

Well put. Those who wish to see the end of the cooperative model only ever see the value of farmgate milk as a cost to be minimised, so as to be able to ‘enable’ value add. It’s a crock of s..t that myopic financial commentators can’t let go of.
https://www.rnz.co.nz/national/programmes/ninetonoon/audio/2018816983/b…

Not in a well run cooperative with sound governance that sticks to a fundamental cooperative structure, maintains a strong balance sheet, and funds capital requirements through retained earnings.

Fonterras renewed strategy is focusing on NZ milk (changing tact from a global presence); of which it could be argued the majority of value is inherent in the milk that leaves the farm gate, the rest is marketing.