Guy Trafford finds Budget 2022 has more in it for the rural sector than he expected, somewhat surprised farmers were included in a "something for everyone"-style Budget. Like everyone, he awaits the details

Rural News / analysis
Guy Trafford finds Budget 2022 has more in it for the rural sector than he expected, somewhat surprised farmers were included in a "something for everyone"-style Budget. Like everyone, he awaits the details 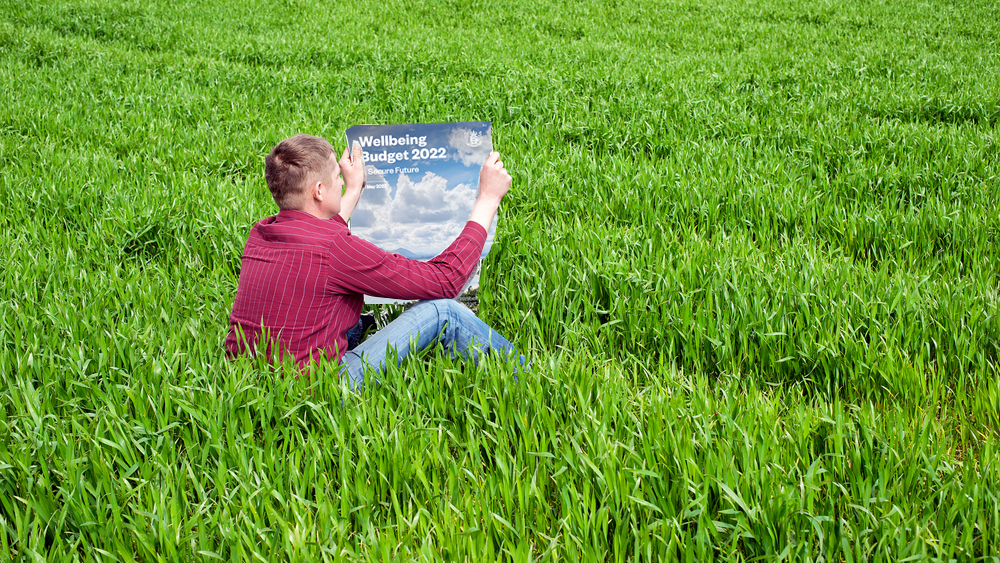 Well, the Budget has been presented and depending upon what side of the house you were on it got different receptions. Labour called it a “Wellbeing Budget" expanding upon the Budgets of 2020 and 2021 while National called it a “Backwards Budget". But first, what was in it for agriculture and the rural sectors?

There were some surprising spends especially as farmers have long since stopped expecting to many lollies to fall their way. One (arguably) in this area was the $123 million going into a Primary Industry “Advisory Service”. If like me you are not sure what this means then a search took me to the MPI site where the page (undated but presumably new) was largely devoted to explaining how the programme would assist the existing advisory sector (Farm advisors, accountants etc. etc.) get training; “to enhance the capability and capacity of the advisory sector,” as well as attracting more people into advisory careers. Before farmers start commenting, it is also to “give farmers more confidence that advice is coming from the right experts”.

Another $40 million is to be spent on developing a “Primary Industry Sector Transformation Plan”. The Minister for Forestry said the aim of the fund is to “identify high-impact actions that strengthen the performance of our primary sector”. Given where the government's focus on agriculture has been for the last couple of years it a reasonable guess that both the above funds are to assist in moving agriculture into a lower emissions future or coping if they are unable to. Until detail starts emerging it is a guessing game.

One area that should resonate with many is $60 million being spent on improving broadband coverage (as I’m currently in a deep discussion with Farmside over our less than 1Mbps download speeds that is particularly important to me). How far the $60 mln is going to go remains to be seen as we have heard similar promises in the past and things have only got worse. Cell towers cost between $250,000 to $1 million each so another 100 or so (if that is where the spend is) should make some difference for many.

Getting down to the small change area $5 million is being targeted to agritech, I can see “fun with drones” featuring here. For the regions the Regional Partnership Fund (Shane Jones old fund) is being resurrected to the tune of $200 million and may provide some benefits to kick-start some new ideas. Another $145 million has been targeted to be spent on encouraging the establishment of more native forests. And while with forests there is $91 million to be spent on the converting coal fired furnaces to run on wood products. This potentially could provide another income stream for logging ‘waste’.

To be fair to all the new funding, until the real detail comes out (assuming it does) it is perhaps not the time to be too critical. Farmers already have got research into emissions reduction boosted by $339 million last week. Everyone has had the petrol and diesel tax reductions extended for another two months and within the health boost both air and normal ambulances are to be upgraded. Pharmac also has received a $191 million increase for additional drugs. For the main points, they can be seen summarised here.

National’s rebuttal to the budget was predictable (after all, it is their job). Their main message was that there is nothing in it to reduce future inflation and that the budget will in fact add to it. They predict bleaker years ahead and it's all Labour fault. They believe that tax adjustments are way overdue and that reducing the fiscal drag, currently being experienced by workers as wages go up through tax brackets with inflation adjusted wage increases, would do more for everyone rather than the targeted assistance under the current government.

The new budget should provide something for opposition parties to get their teeth into as under the previous Covid conditions they risked being seen as mean-spirited with their criticisms. In his reply, National’s leader Chris Luxton looked more passionate than seen before and it looks like the Government will not have an easy ride ahead.

As time progresses no doubt more in-depth analysis will be done and a better feel of how this Budget initiatives impact upon the public. As there is still another budget to be presented before the next election this will not be the last discussion on the relative merits or not of the major parties’ philosophical approaches via finance. Then we have our say.

Is anybody paying any attention to the massive debt that has been created by Labour since they have been in power? the elephant in the room...? $40bil to $110bil-$120bil?... and they are giving more free handouts?

So you're basically saying these temporary "handouts" are exasperating an already high level of debt, yet go on to say that adjusting tax brackets is the more prudent way to go?

Giving someone a portion of their tax back will create more debt than not taxing them that portion in the first place???  I'm confused.

Not farmers per se, but a lot of bureaucratic jobs to watch over farmers.