Processing and marketing red meat is now a strong industry, in a stunning reversal of decades of underperformance. The secret? delivering on efficiency and product innovation

Rural News / opinion
Processing and marketing red meat is now a strong industry, in a stunning reversal of decades of underperformance. The secret? delivering on efficiency and product innovation 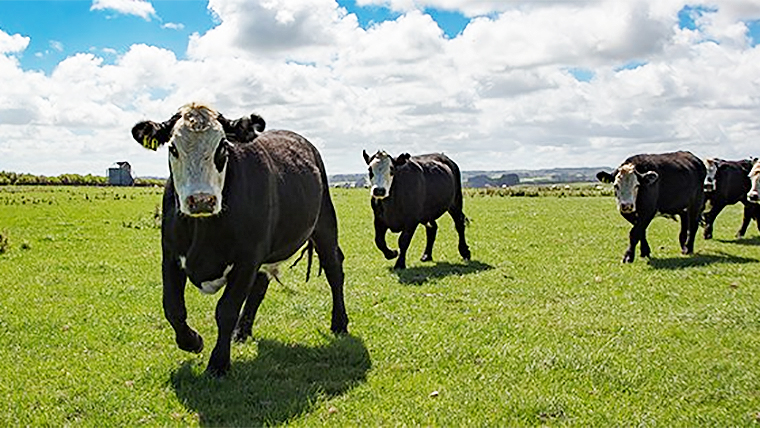 ANZCO’s best ever financial year signals the healthy state of the meat industry’s processing and export sector, as well as confirming the benefit of the company’s restructure under 100% Japanese ownership. Its result comes on the back of Silver Fern Farms’ record after tax profit for the 2021 year and Alliance’s less profitable, but still solid, result for the 12 months ended September.

On a smaller scale Blue Sky Pastures reported a 20% higher profit than in 2020, while privately owned companies, including AFFCO, Greenlea, Universal, Ovation and Wilson Hellaby, are believed to have performed even better than those that are required to publish their results.

In spite of many Covid-related logistical challenges, the red meat sector as a whole has been able to increase profitability while passing historically high market returns back to the farmers and reinvesting in capital improvements to systems, products, and market initiatives.

Provided farmers are being paid a fair price for their livestock, which the current all-time high schedules suggest they are, no one should resent the processing sector’s success in converting its margins into a more acceptable return on capital, enabling reinvestment in business improvements. The companies’ ability and readiness to invest profits for the overall benefit of the sector’s efficiency and product innovation is apparent from the annual reports.

SFF’s annual profit after tax was $103.8 million with its equity ratio rising to 66% and finance costs below $3 million which emphasises the major benefit to debt reduction of the Shanghai Maling investment. Revenue for 2021 was 10.2% higher than the year before, while cost control helped pre-tax profit to rise by 59%. Receivables and inventories were both much higher than in 2020 which indicates the very favourable trading conditions and volumes processed during the final quarter of the year.

SFF reported investment of $60 million on several projects including the consumer launch of its Honest Burger range and venison ‘brick’ which became the best-selling venison item in the USA, construction of the Pacific marshalling floor to enable expansion of high value beef programmes, and the installation of pumps at Belfast and Finegand to reduce coal use.

By comparison Alliance suffered from its earlier balance date which means it must wait until this year to enjoy any of the benefits from the very profitable fourth quarter. The cooperative’s profit after tax and shareholder distributions was $23.8 million with an equity ratio of 53%, although Chairman Murray Taggart told me the year’s logistical challenges prevented this being back over 60%. The SFF and ANZCO results for the calendar year confirm this to be a reasonable assumption.

In contrast to its southern neighbour Alliance’s finance costs were more than three times higher to fund a balance sheet only two thirds the size, reflecting their different ownership structures. Alliance also made capital investments of $60 million, much of it on the rollout of its Enterprise Resource Planning system to support transformation of the way the business is run to achieve greater operational efficiency. The cooperative’s manufacturing excellence programme has enabled it to identify the appropriate plant loadings for optimal processing performance, in particular reducing Lorneville’s operating costs which, even when full, had previously been Alliance’s highest cost plant.

The cooperative claims to be the “only New Zealand company truly differentiating red meat across beef and lamb”, although I imagine more than one competitor might demur. Alliance highlights its Handpicked programme which rewards farmers for supplying quality livestock to meet the needs of discerning consumers, as well as the development of a premium Angus brand to target market growth in North America and Asia and the introduction of Silere lamb to Tesco in the UK.

ANZCO’s record profit of $75 million before tax was testament to the improvements made as a result of a renewed focus on its core business and increased investment in business systems and data analysis to ensure good decision making. This strategy has produced progressively more profitable results during the past three years. Chief Executive Peter Conley highlighted ANZCO’s continued focus on consumer needs and customer relationships in addition to a “focus on revenue, yields, and value add performance (which) has enabled the payment of consistently high farm-gate returns.”

Conley also emphasised the company’s clear strategy to derive more value from the livestock processed. The recent purchase of Australian healthcare business Moregate Biotech which was founded 45 years ago will assist this strategy from 2022 on because it provides a fully performing platform in the low volume, high margin biological industry which is by its very nature a long term investment.

One shadow over ANZCO’s future performance is the uncertainty concerning MPI’s plans for depopulating the Five Star Feedlot in mid-Canterbury. This will entail the removal of 40,000 prime beef cattle which are currently finished on grain over a three month period and sent direct to slaughter at the neighbouring Seafield plant.

The New Zealand Lamb Company in Canada and the United States performed well last year after a very difficult 2020 when Covid virtually wiped out its restaurant trade and it was left with high priced inventory which had to be diverted at short notice. The improved result showed up in substantially better profit contributions to all three shareholders, SFF, Alliance and ANZCO. The shareholders have committed to investing in three processing sites on the USA’s East and West Coasts and in Canada to further process into customer ready product formats.

The combined pre-tax profits to 30th September or 31st December of those companies which publish an annual result amounted to $250 million with the probability of a similar amount attributable to the other privately owned processors. It was a year when farmers also shared in the industry’s prosperity. There are clouds on the horizon, but the red meat sector is well placed to weather the storm.