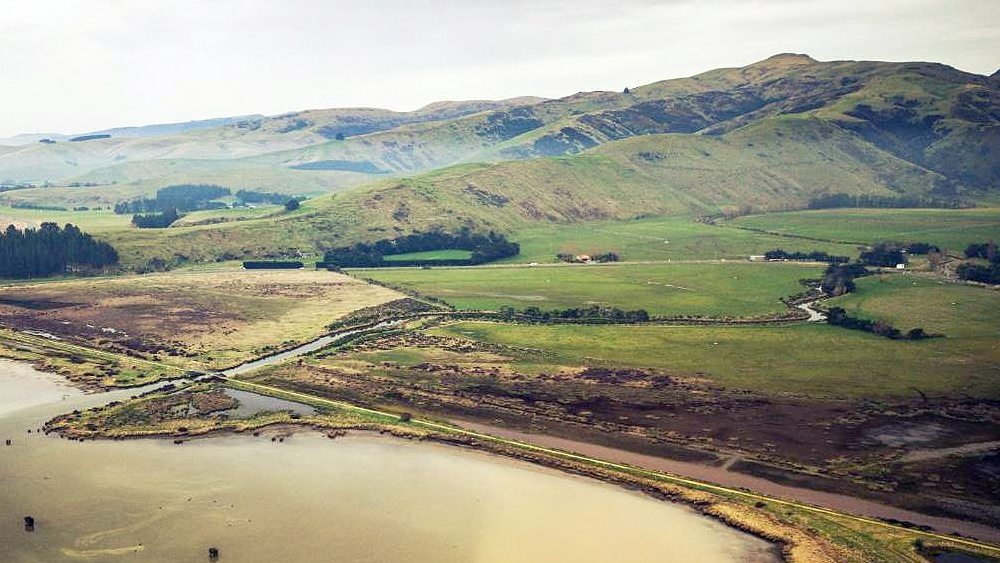 In this era of intense scrutiny upon livestock systems there are still some in farming that are either on a different planet or have incredibly thick skins and are spoiling for a fight. An example of what I suspect is more of the latter (based on passed history) hit the headlines of the local Christchurch paper “The Press” recently.

A local farming business had applied for and received consents from the local Regional Council (ECan) in August last year. The proposal was for two 200 metre composting barns each housing 1,000 cattle for finishing (not dairying in this case) 3.4kms in distance from Te Waihora/Lake Ellesmere.

This is where the crux of the problem lies.

Te Waihora/Lake Ellesmere is a lake in the balance, some would ague that the balance has gone well and truly to the negative side with it already heavily polluted and having major ecological issues, mostly as a result of farm run-offs over a 100 years and alterations to surrounding wetlands.

While it would be easy to just criticise the farmer for an inappropriate land-use, at least in this case the regulatory bodies that are meant to be overseeing land-use and providing the necessary checks and balances also need to be examined and perhaps taken to task.

While NewsHub did comment on the 2021 consent application, perhaps due to the lack of having to be put out for public consultation, the proposed development as well as the timing, as we were heading into another Covid-19 induced lockdown period, it did not attract the attention perhaps expected from the public, especially the local community.

However, the later consent, sought due to a variation on the earlier 2021 2012 consent did catch the community’s attention. In part ECan need some congratulations as despite no public consultation being required there had obviously been some correspondence from the general public voicing concerns and they ‘advertised’ the consent on their “News” page.

An unfortunate side issue to this particular debate is the fact the farm business was planning on using a composting barn for the feedlot. This is one of the technologies that have been highlighted as helping to solve some of dairy farms environmental issues, notably nitrates to ground water. However, in fairness, I don’t believe those advocating for composting barns use anticipated that they would be to bring new entrants into agriculture potentially adding to climate change issues if not waterways, but rather allow those already committed to dairy farming to lower their farm’s footprints.

While in this case the farm has a nitrate limit of 15kg of N per hectare able to be leached and Overseer modelling showed on a previous consent (CRC213680) that the farm was operating at 8kgs (a very low level). One thing did come to mind. Was the 15kg (or 8kgs) over the whole farm and if so, what was the level at the valley floor where there is an almost unobstructed route to the lake? The consent does not provide the land area involved.

Being farmed as a feedlot for wagyu finishing cattle the system would presumably have very limited if any animals grazing the pasture-land surrounding the barns. Feed being grown would be ‘cut and carried” to the cattle plus some brought on to the property. And, in theory at least, the composted matter would be applied back onto the land at a time of year when surplus runoff would be minimal. So, in this regard some degree some sympathy can be extended to the business as the system if all goes according to plan (quite a big "if" given the increased potential for flooding) as N issues should not be a major problem and could be mitigated more easily than an intensive grazing system.

However, climate issues have not been addressed in the consent and given that ECan along with the Christchurch City Council in 2019 “adopted ambitious greenhouse gas emissions targets for our district. In doing so, we joined a growing number of councils across New Zealand and cities worldwide committed to taking urgent action to reduce their emissions”.

And, the Kaituna Valley is considered part of the Christchurch City as well as in the ECan region there are certainly some issues here.

The city Council had several potential road blocks it could have used to stymie the project in the initial consent; such as shed sizes, reflective glare etc. but these appear to have been addressed in the revised application.

One area that may prove a little harder to rectify is the effluent storage pond. "Wastewater ponds shouldn’t be more than 100m³ in volume or 600mm deep, but the proposed Kaituna Valley pond is set to be 600m² in area and 3m deep. (It’s not clear if cattle waste will be dealt with by a 4m-high effluent tank or a pond.)” However, if the composting system is working efficiently the only real need for a pond is to satisfy regulations rather that meet any real need apart from some yard washing down.

In arguing against the project some groups have shown their basic ‘anti livestock farming' colours. SAFE spokesman Andrew Knight is reported as saying in a previous case, he had raised concerns about high levels of lameness and mastitis. He said indoor farming was more about maximising profits than animal welfare. However, recent studies have shown with dairy cows composting barns provide a healthier environment when compared to other housing systems and in New Zealand many (although, not likely in this beef feedlot case) a hybrid model is likely with cows spending some time outdoors subject to weather and soil conditions. Arguably the best of both worlds (costs aside).

The approval for the consent is not yet a done deal and while the time to lodge appeals (which the local community and others have already done) closes on June 22 by my reading, the actual decision could be some time off.

This development is similar to several that have taken place in Canterbury where it is the placement of the development as much as the actual development itself that is the problem. (Although the scale of the Mackenzie Country Simon’s Pass development compounds the issue.) In the Kaituna Valley case it is also not clear what the attitude of the local Runanga is, who have co-governance rights to Te Waihora / Lake Ellesmere, but they are likely to hold concerns.

One thing that would seem obvious in the current climate, environment and ecological values should hold greater sway over new developments.

1.8 million litres of effluent storage, so 900 litres per cow.

Quite apart from the fact that feedlots are an absolute blight on what we call farming. Disgusting way to treat animals