Federated Farmers against Parliamentary milk price inquiry, says govt should look at all kinds of other price rises as well if it goes ahead

Federated Farmers against Parliamentary milk price inquiry, says govt should look at all kinds of other price rises as well if it goes ahead 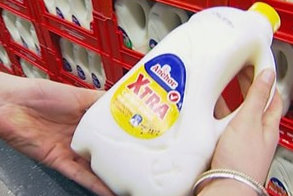 Federated Farmers says a Parliamentary Select Committee inquiry into the price of milk in New Zealand is unwarranted, given there is already a government review underway.

Labour has been pushing for a cross-party inquiry into milk prices, with Prime Minister John Key warming to the idea this week after Agriculture Minister David Carter last week said he did not think such an inquiry was needed, given Treasury, MED and MAF are already looking into the situation.

Federated Farmers will represent dairy farmers at any milk pricing inquiry, but with a separate interdepartmental review of Raw Milk regulations underway by the Ministry of Agriculture and Forestry (MAF), Treasury and the Ministry of Economic Development (MED), the Federation feels a new inquiry is premature and confusing.

“Anywhere, anytime, any place, Federated Farmers will put the farmer’s case.  Farmers have nothing to hide as there is a fair amount of analysis already in the public domain,” says Willy Leferink, Federated Farmers Dairy chairperson.

“On TVNZ’s Q+A, Paul Homes pointed out that retail milk prices have increased 23 percent over the past five years, but over the same period, inflation increased by 16 percent.

“On that basis, we should hold Select Committee inquiries into council rates, government spending, the emissions trading scheme and even replica sporting gear.

“As a taxpayer and a dairy industry participant, I still think it is premature to hold a Commerce Select Committee inquiry into retail milk prices when an interdepartmental review of the Raw Milk regulations is still to report.

“Even the Commerce Commission noted this in its recent analysis while MAF has reported separately on the milk price issue as well.

“Raw Milk regulations under the Dairy Industry Restructuring Act and the farmgate price paid to farmers are interlinked.  It would have been far wiser for these findings to come before considering a Commerce Committee inquiry as we’re in cart before horse territory.

“The NZIER’s ‘Food Prices – A Farmer’s Share’, may provide a model for the Commerce Select Committee to incorporate into its terms of reference.  All farmers, whether arable, dairy or sheep and beef, need to be environmentally and economically sustainable.

“Given events of the past few days, you have to seriously ask if the All Blacks jersey is fast becoming the new milk,” Mr Leferink concluded.

I'm puzzled. If the farmers are not to blame for the high price of milk, why do they object to an inquiry? Something is fishy.

Its Foxes giving advice on rodent profing the chicken house. Won't matter if commodities keep getting hammered there will be milk stock piles worldwide.  I see  a lot more countries want their own auctions

auctions.  Argentina was the first, citing a current growth of 16% in milk production and the need to support dairy farmers and manufacturers with a monthly auction  of milk powders.  The report said the first such government-sanctioned-organized auction will occur in August.  The second report was from Europe where, with backing from Rabobank,  Dairy Auctions Online(DAO), “a platform for trading European sourced dairy products,” is looking for an October or November kickoff.  One guess is that Argentina’s announcement may elicit an invitation from Fonterra to join  globalDairyTrade in what they hope is a growing list of world-wide sellers.  Another guess is that DAO is making a belated run at the two European companies Fonterra had invited into GDT.

Alex - this reminds me, when will you be doing an article about turkeys not voting for Christmas?

FF have nothing to worry about. Look where we are.

The high milk prices have often been blamed on international prices. Wholesale milk prices were about $5000 a tonne in 2007/2008 but has now fallen to about $3400.

Why have they even bothered to comment, as why does it matter if there are 1 or 2 inquiries going on.

Can't really see why dairy farmers would be worried about an inquiry. They supply their milk to a co-operative company whose job is to sell that milk and associated products at the highest price possible. Where is the problem?

The government needs to tax unhealthy foods and subsidise healthy ones.

I watch people groan about the price of milk, yet happily put a 2.5 litre of coke into their trollies.   Milk is a food...don't people realise that milk comes from feeding grass and then milking a COW???  Coke is just sugar and water.

Milk is mostly sugar too - even more so after it has been processed into supposedly healthier variants i.e. lower fat. If in doubt, read the label.

I dont think you can compare milke with coke in any shape or form.  Also depends on the "sugar", Fructose for instance seems a real baddy....

I dont think you can compare milke with coke in any shape or form.

I just did so. And lactose is not so good for some people either.