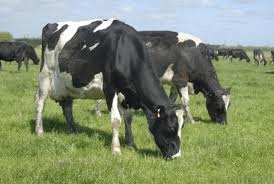 SCF receiver McGrathNicol says the deal values Fonterra's biggest supplier at more than NZ$535 million, including debt, and it'll receive NZ$54.6 million NZ$56.4 million from the sale of SCF's 33.6% interest. That implies an equity valuation on Dairy Holdings of about NZ$169 million. The about NZ$366 million balance of Dairy Holdings' enterprise value includes debt and the value of closing derivative contracts.

Jagewi was formerly owned by Christchurch businessman Humphrey Rolleston. It's now owned by Hybrid Dairies Ltd whose directors are the Wellington domiciled Paul Benjamin and Te Awamutu based Harold Snell. Hybrid in turn is owned by Penrith Holdings and I.D. and R.D. Wallace Ltd . Penrith's shareholders are listed as Peter Croft plus Paul and Maureen Benjamin, whilst I.D. and R.D. Wallace Ltd has a series of nine New Zealand domiciled shareholders, with the Wallaces an old, established Waikato farming family. Pye, meanwhile, has extensive land holdings in New Zealand and Australia, in both crop and dairy farming.

Aside from SCF, US investors NZ Cow Company, Pals Plus and Little Cow Company who were previously each listed as 8.33% shareholders but McGrathNicol said today had a combined 25%, have sold out.

The deal is a victory for Colin Armer, who alongside Pye is one of Dairy Holdings' four directors. Armer, who is also a Fonterra director, filed a High Court claim against all his fellow shareholders last year alleging, among other things, that their efforts to sell their combined 83.3% in Dairy Holdings breached a shareholders' agreement that gave Armer, as a fellow shareholder, preemptive rights to buy any stake on the block. British private equity group Terra Firma and the Harvard University endowment fund were among potential overseas buyers.

Colin Armer told interest.co.nz the legal dispute had now been settled and terminated.

"We're very pleased that we've got a New Zealand solution and that the land that was previously owned by the Americans is now owned by New Zealand farming families," Armer said. "We're pretty happy about that."

Dairy Holdings is New Zealand's biggest corporate owner of dairy farms. It owns 58 dairy farms and owns and leases a further 15 grazing blocks, all in the South Island, covering a total land area of 18,000 hectares. In the 2010/11 season, the company produced 14.1 million kg of milk solids from approximately 43,400 milking cows.

Dairy Holdings' board, aside from Armer and Pye, includes chairman Bill Baylis and John Parker. Armer said there wouldn't be any changes in the short-term.

Asked how he and his wife were funding the increase of their Dairy Holdings stake from just under 17% to over 60% Armer said they had a substantial, profitable North Island dairy farming business.

"We milk a few cows in the North Island," he said.

'Good result for the taxpayer'

McGrathNicol managing partner Kerryn Downey said it had been a "lengthy and robust sale process" running since December 2010.

"We have worked closely with other shareholders and our sale advisors (First NZ Capital) and are delighted that the sale has been to New Zealand buyers and will not require Overseas Investment Office approval," said Downey.

"This is a good result for SCF, the Crown and the Trustee (Trustees Executors).”

SCF collapsed into receivership on August 31, 2010 triggering a NZ$1.58 billion taxpayer funded payout to 35,000 of the company’s investors under the Crown retail deposit guarantee scheme. McGrathNicol has now recovered NZ$451.4 million from the SCF receivership on behalf of taxpayers with the government expecting to get about another NZ$228.6 million back, for a total return of about NZ$680 million, or 43% of the taxpayers' outlay, leaving a loss of about NZ$900 million.

Reserve Bank correspondence released in November 2010, after SCF was placed in receivership, showed the central bank believed the NZ$75.7 million price SCF paid for its Dairy Holdings stake from its majority owner Allan Hubbard in 2009 was almost twice as much as it was worth, and should have actually been just NZ$42 million. This was based on a Reserve Bank valuation of Dairy Holdings of NZ$125 million as opposed to the NZ$225 million the Hubbard-SCF deal valued the business at.

The email also noted Dairy Holdings had NZ$340 million of bank debt from "three majors" and Rabobank, and referred to a NZ$100 million standby facility provided by BNZ and (ASB's parent) Commonwealth Bank of Australia that had already "effectively been withdrawn" after a technical breach of the covenants.

"We've been chipping away at the debt as time's ticked away because it's a good business. It's profitable and we're reducing debt as we're trucking along," Armer said.

Gareth: As I mentioned on another thread - Humphrey Rolleston is no longer associated with Jagewi and no longer a shareholder in Dairy Holdings.

Thanks CO. I've updated the story now to reflect this.

Has anyone looked at and got comment on the value of the SCF sale and Dairy Holdings Restructuring, relative to the CraFarms sale?

What a complete muck up by MCN (the receiver).  They tried to get tricky, knowingly tried to violate the shareholders agreement,  and wound up creating a massive delay in the process.  Good way to extract some fees, though....

I do like Armer's comment as to how he funded the deal - 'we milk a few cows in the north island'. Yup, and the bulk of his holdings have been badly drought hit in the last few years, still highly geared so on can conclude that this is essentially debt funded. Add this to the 65% senior debt in DHL and the banks (Rabo is in there again) will be hoping for some very good payouts going forward.

So that makes the Armers by far the biggest Fonterra supplier yes?