Debt in the agricultural sector rises above NZ$49 billion for the first time, up 4.5% year-on-year

Debt in the agricultural sector rises above NZ$49 billion for the first time, up 4.5% year-on-year 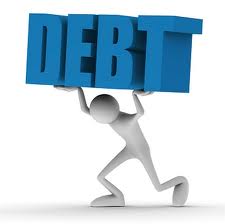 Debt in the agricultural sector has risen to a new record high, topping NZ$49 billion for the first time.

Fresh Reserve Bank sector credit data shows agriculture debt rose NZ$520 million in the month of August to NZ$49.440 billion. It rose NZ$2.1 billion, or 4.5%, in the year to August.

It's the first time rural debt has surpassed NZ$49 billion in the Reserve Bank records, which date back to 1990.

News of the renewed rise in rural debt to a record high comes hot on the heels of Fonterra saying that, due to lower commodity prices and the high New Zealand dollar, its 2012 payout, of NZ$6.40 per kg of milksolids for a fully shared up farmer, is down 19% from last year.

So we have 1.2 billion more debt in a month, thats going help bank profits.

Not quite Andrewj
If we take business and consumer loans into account it seems like $788 million using Gareth's analysis, but you are certainly right if farm and housing loans are considered - since neither are producing much taxable income I guess it's a fair reflection.

But if we add in the $931 million new debt issued by Government in August we get up to a $1.719 billion monthly figure - a more than respectable parabolic annualised debt growth number - unfortunately, negative business funding growth suggests fewer jobs to service these new debt liabilties, unless they are all being taken on by the heads of Fonterra, Telecom, RBNZ, etc.

We have talked of these metrics before.
We think the latest rise in farm debt is more relending, the lenders providing more debt to existing borrowers loans, rather than funding new buyers to buy and push up the price...