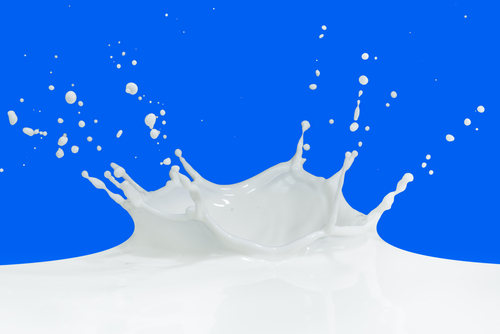 Fonterra's lifted its forecast Farmgate Milk Price for the 2013/14 season by 35 cents to a record level of $8.65 per kilogram of milk solids.

The Kiwi dollar swiftly rose against the US dollar to about US83.1c from US82.9c immediately before the announcement.

The rise in forecast price is the third Fonterra's done in this financial year (which runs to July 31) after the dairy co-operative initially picked a price of just $7.50 last July.

The increase – along with a previously announced estimated dividend of 10 cents per share – amounts to a forecast cash payout of $8.75.

When the gap - along with a slashing of the dividend from 32c to just 10c, and a near-halving of forecast operating profits, was announced in December, Fonterra Shareholders' Council chairman Ian Brown said it was a "practical" decision given the unusual market conditions.

Fonterra said at that time that while the Milk Price Panel had then recommended a price of $9 per kg/MS this was "not the price Fonterra is being paid for its cumulative product mix".

In referring to the gap between the recommended price derived under the Milk Price Manual (now $9.35) and the latest forecasted price, Wilson said: "The board has the discretion to pay a lower Farmgate Milk Price than that specified under the manual, if it is in the best interests of the co-operative."

The Fonterra board has also approved an increase in the Advance Rate schedule of monthly payments to farmer shareholders.  Payments from March through to June will be 25 cents per kgMS higher than the previously published schedule.

Fonterra is required to consider its Farmgate Milk Price every quarter as a condition of the Dairy Industry Restructuring Act (DIRA).

The payout history for all major New Zealand dairy companies is here.

On the face of it, it sounds like a good news story. And in the stats page you link to, there are gloss over statements like the following,
"New Zealand dairy production has risen in the last 20 years, to support our export growth. In 2012, we had 6.4 million dairy cattle, compared with 3.5 million in 1992. However, that increase is much smaller than the increase in dairy product volumes. Therefore, dairy farming has become more productive"

My understanding of productivity is you measure inputs v outputs. Dairy farming is more than just cows isn't it? Other inputs to consider might be along the lines of

Inceased volume and efficency is only half the story.  Big price rises for the product we sell is the other part.  Increase in sale price of dairy>> increase in costs.