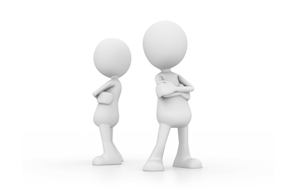 What would happen if Federated Farmers put out a survey asking respondents to agree or disagree with broad sweeping statements.  I’m thinking along the lines of, ‘do you feel introduced fish species should enjoy significantly more legal protection over native fish?’ What about, ‘should the trout license fee ($121 for an adult) be abolished, with trout and salmon rules aligned with those for saltwater recreational fishing?’

Something tells me one organisation would cry blue murder before exploding in a rage of apoplexy.  So guess what, I am not going down that line.

Instead, I am going to respond to what I heard Bernard Hickey and RadioLIVE’s Marcus Lush recently say on radio.

Lush said, “we’re becoming more dairy intensive with these great irrigation projects in Canterbury and to a lesser extent Hawke’s Bay…they are all geared for more people going into dairy.”

Funny then that the sheep and beef guys in Central Hawke’s Bay are going to use Ruataniwha to part irrigate their farms, just like Federated Farmers’ Mid-Canterbury provincial president Chris Allen.

Sure there’ll be some dairy, but I bet there’ll be arable cropping, horticulture plus sheep and beef.

To be a dairy farmer you need more than just irrigation.

For a start you need to like cows and you also need skills that aren’t easy to obtain. You cannot be a plumber one day and a doctor the next, it is all specialised just like farming is.

That Hawke’s Bay water storage scheme Lush mentioned has a Nitrogen loss cap but here’s the kicker, Nitrogen isn’t the big issue with the Tukituki River; phosphorus is.

In summer phosphorus mostly comes from the towns so cue a collective ick.  It’s also on the road to being fixed but that takes money and the way to get that money is to grow the Central Hawke’s Bay economy.  The answer is ‘just add water.’

It is why you see people from the East Coast and Wairarapa passing through Canterbury to see how we do things.

But there was more from that radio conversation.

Hickey responded to Lush’s question saying, “we don’t have a response from the farming community or Fonterra about, ‘here’s what we’re going to do to mitigate those impacts’…”

Getting the media to consistently report success or positive environmental steps outside of our farming press or the business pages is like pulling teeth while listening to someone scratch a black board with fingernails.

So fellas here are just some of what we’re doing.

First up, Fonterra farmers have fenced 22,000 kilometres of waterways and that’s GPS mapped. Depending on how much riparian planting and maintenance is included, that’s $100-200 million right there.  That sum is dwarfed by irrigation infrastructure which is an environmental good because it is efficient water use.

Then you’ve got farm effluent systems recycling cow wee and poo as liquid fertiliser.  Those two items would represent billions over the past 10-15 years as the average effluent system is about the same cost as a house in Otago.

Oh and we do pay tax; a whopping half billion dollar’s worth each year.  The average annual tax paid by dairy farmers over the last decade was $28,225 per farm business or over $330m each year.

Then we’ve got the $174m we pay in local rates and we don’t even get a recycling bin!

Farm managers form part of the top 28 percent of taxpayers and collectively those wealthy misers only contribute 74 percent of all PAYE tax revenue.

As Chris Allen told The Press, the change in farming these policies represent could replicate 1980’s Rogernomics, when nearly a third of Mid-Canterbury farmers left the land.

It is that massive and the media do themselves a disservice by not being aware of its implications, or existence.

That aside there’s impressive results coming through.

Lake Rotorua suffered from decades of human, animal and industrial flows and ‘the model’ said it would take decades but it took less than one.

Not just that, but the first New Zealand River Awards last year recognised plenty of improving rivers thanks to farmer involvement.

We’ve also got that underreported 2013 water quality report by the Ministry for the Environment (MfE), which shows water quality stable to improving.

It’s why Hickey and Lush are on my ‘to visit list’ as we try to get traction one reporter at a time. If you guys are serious we’ll show you what real farmers are made of.

Willy Leferink is Federated Farmers Dairy chairperson and a version was printed in the Ashburton Guardian. It is used here with permission.

I cannot but sympathise with your despair at what seems to pass for journalism these days.

How is anybody supposed to become well informed if the only thing journalists inform us, is that they don't know, and haven't made any effort to find out, anything about the subject under discussion?

I've got a few issues with the broad brush and swapping categories Willy is using the numbers with in this, however I do agree that reporting of polls is abysmal. Take for example the Herald’s latest Len Brown poll where the numbers are so doubtful they call the entire poll into question-

So lets get this right, 1 farm per family/owner and each family paid "$28,225 per farm business" tax?

So the land density for farm tax is abysmal.  What does that work out at?  about $80k per annum per farm family income? while investing how many millions to achieve it?

The rate of return is this bad?

Frankly if this is all this sector paying should be walked away from as far as the Govn is concerned.

steven, check out http://www.dairybase.co.nz/page/pageid/2145841108/Benchmark_Data There has been a real push to get farmers to use dairybase and in the last year or so many more farmers have submitted their financial data for inclusion.