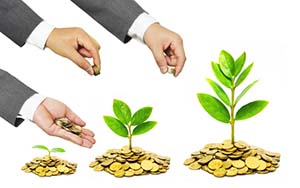 Good company performance demands clarity of purpose which is defined and monitored by a board of directors elected or appointed by the shareholders. There are five main types of company ownership structure that are or have been represented in New Zealand’s agricultural sector and each has advantages and disadvantages.

The five are private and public companies, cooperatives, subsidiaries of an overseas company and State Owned Enterprises. Whatever the structure, good governance and direction are pre-requisites of success.

A privately owned company normally has the greatest clarity of purpose because of the simplicity of the ownership structure, although there is plenty of scope for disputes between individual shareholders, particularly family members. Private company structures range from very simple to more complicated, depending on relative size of shareholdings and the number and origin of the shareholders.

Examples of private agricultural, predominantly meat, companies are Talley’s, ANZCO Foods, Wilson Hellaby, Greenlea and Universal Beef Packers. This short list illustrates the possible shareholdings from 100% New Zealand to 100% overseas ownership with variations in between. Without exception these companies have a good track record of success over an extended period.

Cooperatives provide the other major ownership structure in agriculture because the sector is typified by large groups of producers or users with a common interest. Cooperatives exist to serve the interests of and are democratically owned and controlled by their members. Surplus profits not required for investment are returned to the members, in proportion to usage and shareholding as rebates or dividends.

In 2013 over half the 20 largest cooperatives were agricultural companies, Fonterra being the largest by far and Silver Fern Farms, Alliance, Ravensdown, Balance, CRT and Farmlands all in the top 10. Another very significant grower owned company, Zespri, is not technically a cooperative, but appears to comply with most of the characteristics of one.

Cooperative performance in agriculture production and marketing depends heavily on the state of commodity markets and on throughput. When prices are low, growers may earn less than their cost of production, as is currently the case with sheepmeat and dairy, and shareholder dissatisfaction can be expressed in different ways. Removal of sitting board members, shareholder minorities attempting to influence board direction and supplying another company are three options.

Public companies are subject to stock exchange scrutiny and performance is measured by share price movements. AFFCO’s experience in the 1990s as a listed company indicates the problem of meeting investor expectations and managing for optimal outcomes in a volatile commodity environment. As a result there aren’t many agricultural listings on the NZX: exceptions are A2Milk, Comvita, PGG Wrightson, and Seeka Kiwifruit, as well as Fonterra units.

In the case of a State Owned Enterprise which is required to operate like a company the taxpayers are the shareholders and two shareholding ministers oversee performance with the help of Treasury’s Commercial Outcomes group. An appointed board of directors is responsible for SOE governance and direction.

A recent example of confused SOE governance was Bill English’s statement, suggesting SOE Landcorp would have to sell farmland to reduce its very conservative level of debt. It wasn’t immediately clear whether this was a case of the Finance Minister being gun shy following Solid Energy’s voluntary administration or a sudden fit of the jitters as a result of the dairy downturn. Either way it wasn’t helpful to Landcorp’s board and management who have a long term strategic direction aimed at spreading risk across a broad portfolio of farming types.

There are divergent views on whether the taxpayer should own a farming entity like Landcorp in the first place, but it shouldn’t be seen solely as a generator of dividends, because profits will fluctuate, as in any other farming enterprise. Landcorp’s value lies in its scale as the country’s largest farmer committed to sustainability, with an unmatched genetic databank and the ability to trial and develop innovative new products.

It is critically important for Landcorp to be able to maintain a long term view, not be required to respond to short term government demands.

The last business type which is no longer represented in New Zealand agriculture is the colonial outpost ownership by a large family owned trading company like Dalgety, Vestey and Borthwick. Although this lasted beyond Britain’s entry into the EU, it was a thing of the past by the 1990s. Overseas investment is now more likely to be in the form of a controlling, but not sole ownership stake.

There is clearly a place for several different forms of ownership in our agricultural sector, with private companies and cooperatives being the preferred options. Public listing is not generally the best form of ownership and the SOE model only has limited application.

Where there is a large shareholder supplier or user group and a clear business goal of rewarding members, the cooperative model works best. But equally the private ownership model works very well when there is a need for external investment and shareholders can agree on the business priorities.

The quality of the board and ability to stick to a clearly expressed business purpose is the ultimate determinant of success.

Structure aside, it often seems more gearing. Loading up debt in good times to then find themselves slaughtered when the cashflow goes west.

Also there are offsubs of both France and China here now.