Bell Gully assess how the “substantial and identifiable” test will likely be applied in future cases, especially for rural land

Rural News
Bell Gully assess how the “substantial and identifiable” test will likely be applied in future cases, especially for rural land
19th Sep 15, 7:59am by Guest 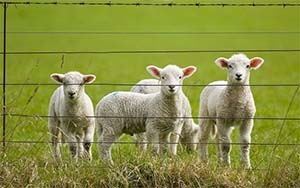 The decision by Government Ministers Paula Bennett and Louise Upston to decline consent to the NZ$88 million bid by Chinese-owned Pure 100 Farm Ltd (Pure) to buy the Lochinver Station made national headlines yesterday. Decisions to decline consent are very rare. Particularly notable in this case, the Ministers’ decision went against the recommendation from the Overseas Investment Office (OIO) (although the OIO’s recommendation was finely balanced).

The benefits claimed by Pure were assessed by reference to the counterfactual test, which is now an entrenched part of the overseas investment application process. The test requires an investor to demonstrate benefits to New Zealand that are greater than the situation without the investor’s acquisition (i.e. acquisition by other New Zealand bidders or the status quo). The counterfactual can have a substantial impact on the outcome of an application (and did in this case).

Here, the vendor indicated that, absent the sale to Pure, it would hold on to Lochinver Station until a suitable bidder was found. However, the OIO’s view was that absent the sale to Pure, the land was “unlikely to remain in its present state”. It based its assessment on evidence from an economist and the vendor’s statements about other indicative bids (including two from New Zealand parties). Accordingly, rather than a counterfactual of the status quo (against which the benefits claims would be clearer) the OIO assessed the application against a purchase by a hypothetical New Zealand bidder.

The OIO and the Ministers found that Pure would undertake certain development only on a small proportion of the land which would not be undertaken in the counterfactual. The key question then was whether this development was likely to result in a “substantial and identifiable benefit” to New Zealand.

A key aspect of the decision that will be relevant in future cases is how the Ministers applied the “substantial and identifiable” test. In particular:

The second point above could have significant ramifications for all future applications involving non-urban land exceeding 5 hectares (as the “substantial and identifiable” test applies to acquisitions of such land). It is difficult to see how any investment in non-urban land exceeding 5 hectares could result in a “substantial and identifiable” benefit in the context of the dairy and red meat sectors. It is highly unlikely that one farm or even a portfolio of farms would have a material impact on the level of exports from New Zealand or the productivity of the industry as a whole.

Moreover, the Ministers’ application of the “substantial” test appears to impose an impossible threshold in relation to any overseas investment in any fragmented industry.

Was land size a factor?

The size of the Lochinver Station was much greater than the average sized farm, and Pure (and its associates) already had interests in other farms. Accordingly, the Ministers may have adopted a higher threshold because of the size of the farm land in this case (in line with Minister of Finance directive on “large” areas of farm land).

There would still seem to be scope for the OIO to adopt a lower threshold to the “substantial and identifiable” test for farm transactions that are under the average farm size threshold. However, it is likely that the OIO will be very cautious in analysing the “substantial and identifiable” test now given the Ministers’ decision, no matter what size of farm is being acquired by an overseas investor.

"Impossible threshold" will be imposed in future. What a good thing.

Far from a 'good thing'. What gets forgotten by the isolationists is that the locals end up with the money (often for an over-priced asset) who then invest it better locally. In the Lochinver case we seem to have just done ourselves out of thousands of jobs. A very poor outcome indeed.

You are making a jump to a conclusion of "invest better locally" can you provide some substantial proof this is the case please?

An outcome that could have been collectively grasped in the recent past with or without opportunistic over priced land sales. Waiting for greater fools to over capitalise under productive enterprises is undeserving of the money and effort we throw at educating the younger generation.

David Chaston. Your data sourcing analysis and explations are frequently impressive. But you forget history. Marx said it best. The benefit ultimately always flow to the owner. Which is why I always worked to invest and be an owner. Perhaps you are the same even. As a national group New Zealanders would benefit from a focus on owning rather than the simplicity being busy.
The chinese value strategic ownership over immediate returns for example. Seems to work.

That's the positive case - with 3 degrees of separation - what guarantees are in place that Stevenson's will ever proceed, and when? 2050?

Shanghai Pengxin knew what the rules were

Yet in this case with Lochinver they haven't done so, and didn't do so - and were declined

That was either careless of them or they were trying it on - this is a precedent setting decision - which if approved would open the flood gates for everyone else, with the OIO and Govt trying to find enough fingers to block the holes in the dyke

However, it may not be the end of it - they will probably have the right tro come back with an improved submission with further and better particulars that meets OIO criteria

Maybe, if the money was used to create thousands of jobs by discontinuing flogging the dead horse which is the Auckland economy and developing industry and residential developments in regions with greater infrastructural potential.

"Impossible threshold"
Well that is the opinion of one law firm.

Otherwise offshore buyer can enter other arrangements to obtain production, such as the Dutch bulb trade.