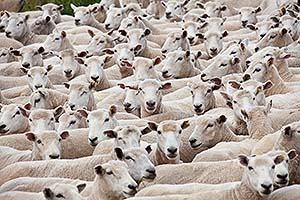 The Shanghai Maling Aquarius offer for 50% of Silver Fern Farms may not be the restructuring catalyst that MIE and some shareholders of both cooperatives were hoping for, but it certainly presages a dramatic change in the industry’s dynamics.

Assuming a positive shareholder vote on 16th October, for the first time in years all the major processors will have relatively strong balance sheets and will be in a position to compete on an equal basis.

This is unlikely to bring about an immediate change in livestock procurement calculations, but different companies will progressively move to payments based on quality and specifications supplied for individual markets.

For too long the meat industry has been affected by an excess of processing capacity, under-capitalisation, procurement battles, inadequate market returns and, as a consequence of all this, falling livestock volumes. The recapitalisation of the country’s largest meat company potentially provides a solution to several if not all of these problems.

At least one commentator has already predicted the Shanghai Maling deal as potentially the death knell for Alliance and other smaller players, as a result of the financial strength of the new SFF and its value chain link to the Chinese market. I believe and hope this forecast will prove to be unduly alarmist because a growing strength of the red meat sector has increasingly been companies’ different areas of market and product specialisation.

At the moment this differentiation has not been great enough to enable one company to pay a perceptible premium to all or some of its suppliers, but this has been mainly the result of procurement competition. All processors have developed measurement systems capable of rewarding suppliers for supplying product at certain times and to required standards. Pre Christmas early season lamb contracts are the most obvious example.

Inevitably, as these contracts all target the same market, there is a lot of similarity between them. Because of competitive pressures the contract price sets the benchmark for spot market schedules and the element of differentiation tends to be lost as soon as seasonal supply frees up.

The deal SFF has been able to conclude with a major Chinese investor is a real coup for the company and the New Zealand red meat sector.

On the face of it Shanghai Maling has put up $311 million for a 50% share in the company which gives it the right to share any profits remaining after all operating costs including livestock, but no exclusive rights to product for distribution through its supply chain.

The principle of market supply remains, as it has always been, to sell to the highest paying customer, unless there are reasons to direct the product elsewhere. Predictions of meat industry Armageddon based on this one partnership appear somewhat exaggerated. Nevertheless there is a risk SFF’s joint venture partner will use its value chain muscle to fund livestock procurement at above market rates as a means of destroying competition.

What will drive industry change is a shift in relative strength between industry participants and the change in SFF’s fortunes has the potential to be a game changer. Of some concern is the fact Shanghai Maling has negotiated a casting vote over budget setting and appointment of the CEO which suggests a larger degree of influence than cooperative shareholders might like. It implies an intention to retain the right to determine how much profit is applied to rebates or retained by the partners, although there is a commitment to pay 50% of the cooperative’s profit share to shareholders.

But then the previous management and board of SFF haven’t exactly covered themselves in glory since the hostile Richmond takeover 10 years ago. The last year has seen an improvement in both industry and company performance, but there is never a guarantee this would continue for long; boom to bust has been the traditional pattern of the meat industry.

It is important for SFF to address its inefficiencies to make it operationally competitive with its big and smaller competitors and this will involve some downsizing and upgrading of facilities. There may be redundancies which won’t please the Meat Workers Union, but far better a planned process than what could have been a messy financial failure at any time in recent years. SFF now has the balance sheet strength and stability to be able to tackle operational issues as well as continue with the development of its plate to pasture business strategy in which its suppliers have the opportunity to share.

SFF has a major task on it hands to re-engage with past and present shareholders, some of whom have taken supply elsewhere, while others have remained loyal but are disillusioned with developments in recent years. One shareholder’s estimate is 1.5 – 2 million lambs have been lost from ‘dry’ shareholders who have taken their supply away from SFF, alienated by the failure to ensure Richmond suppliers shared up at the time of the takeover and other departures from cooperative principles.

In an ideal world this sea change will stimulate the whole meat industry to focus on moving towards value added production destined for higher paying markets which will necessitate paying suppliers for performance.

The only way this can occur is for processors to be prepared to differentiate between suppliers on the basis of quality rather than quantity. But the dairy industry already provides a high percentage of the beef kill which is undifferentiated, so efficiency not marketing will maintain its importance.

What is certain is the New Zealand red meat sector is about to enter an exciting new phase.

Allan Barber is a commentator on agribusiness, especially the meat industry, and lives in the Matakana Wine Country. He is chairman of the Warkworth A&P Show Committee. You can contact him by email at allan@barberstrategic.co.nz or read his blog here ». This article first appeared in the Farmers Weekly and is here with permission.

The number of commentators under this thread indicates no one is excited about this new phase.

its not houses, but real businesses making a good. ie no quick and huge profit for little work.

Good comparison. Housing market v Agriculture market. Depends on how you look at it and the postion you approach it from and the direct connection to its market participants.

The Housing Market
The housing market is in your face every day, in the news, there are 33,000 landlords nationally, there are 400,000 auckland home-owners who are getting a daily dose of excitement, there are international portals such as www.Juawai.com and www.Hougarden.com, most of the local-NZ real-estate agencies have HK and CNY web-site portals, then there are the million or so chinese travellers each year who do the property bus-tours looking for investment opportunities while considering their future domicile

New Zealand Agriculture Market
There are 10,000 dairy farmers who are tied to co-ops or closely held or privately held processors, there are forestry operations that are largely held by Canadian Pension funds, Horticulturalist, Orchardists, say 20,000 non-dairy ag operations that are in-accessible to the investing public. The total market is probably less than 50,000 people compared to the millions in the housing market

I have been watching the share price of Rural Equities Limited for some months
It is available on the Unlisted market
There were 8 sales during the month of September
One single buyer is sitting there on the bid, and has been sitting there for those two months @ $4 per share picking up anything and everything sellers will give them at $4

The 6,700,000 sheep in manawatu are pretty excited about this

a summary view, SS aside.

we think the reports undervalue SFF by using a low EBITDA multiple to value.
see the broker research below:

As an alternative, using the valuation methodology of free cash flow to equity (the one PE uses) shows a much higher valuation - especially with a little growth factor.

The 50/50 is a furphy, the export report talks of economic control away, the SSF description of saying there being a accounting requirement for China accounting rules is.... (smh).

Paddock to plate is a very low % of operations, and its gross margins not clear to see (plz correct if wrong).
How ever organic, is brilliant, refer Applegate Farms LLC.
http://www.marketwatch.com/story/hormel-to-buy-privately-held-applegate-...

The company has 100 employees and deals with about 1,800 family farms to source its products. "A growing number of consumers are choosing natural and organic products.
Applegate’s annual sales are expected to reach $340 million in 2015.
and the proposed sales price was $775 million.

now that's the basis of a global brand - based on what people want (and what we can produce/SS).

"organic, is brilliant" the markups are significant it seems and enough ppl are paying it, running especially hard from GMOs. With a small production NZ should be grabbing this business with both hands and feet IMHO. Still some are doing just that and doing well as a result, good for them.

So the root for NZ's primary sector prosperity is to seek an alternative way to avoid any confrontation in market space with those giants.

How? As said above and more.

I am interested in how Allan thinks this will cure overcapacity? It will actually do the opposite. If the SFF deal goes through it would allow the can to be kicked down the road further, its just the pecking order will have changed. SFF will be able to pay up to fill their chains at the expense of someone else most probably AGL. Que procurement wars and all the ensuing bad behaviour that creates.

Ultimately the most efficient capacity survives and the least efficient (highest cost) has to be closed or replaced. SFF has substantial inefficent capacity, so it will be interesting to see what decisons the new company makes whichever ownership structure results from the exercise.

Ultimately it's about the banks getting their money out. Lots of problems for banks to sort out with commodity slump.