Claims the New Plymouth District Council's sold one of Australia's largest dairy farm operations to Chinese investors are quashed; an Australian company says it's still doing due diligence on the offer

Claims the New Plymouth District Council's sold one of Australia's largest dairy farm operations to Chinese investors are quashed; an Australian company says it's still doing due diligence on the offer 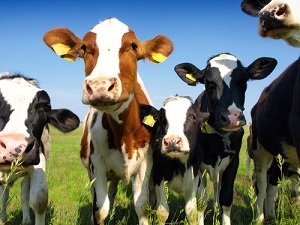 An Australian company has announced it’s doing due diligence for the purpose of buying all of the New Plymouth District Council’s A$250 million Tasmanian dairy farms.

OnCard International says it’s made a non-binding offer and paid a deposit, as it looks to acquire the Council’s Van Diemen Land Company (VDL).

It’s made the announcement to the ASX, as the Council’s administrator of the farms, Taranaki Investment Management Limited (TIML), has quashed claims they’ve been sold to Chinese investors.

The Council bought the 25-farm operation after it sold its share in Powerco for NZ$259 million in 2004.

The Australian newspaper yesterday reported one of Australia’s oldest and largest dairy farming operations had effectively been sold to Chinese interests with companies associated with Herman Shao-ming Hu and Kenny Zhang, for AU$220 million.

However TIML says these claims are “substantively incorrect” and there hasn’t been a sale, even though the farms are on the market.

TIML’s chairman Keith Sutton says: “TIML and its advisors are in discussion with a number of parties who are completing due diligence and funding plans – all under strict non-disclosure and confidentiality requirements.”

OnCard International admits it’s one of these parties.

It recently relinquished its loyalty, rewards and payment solutions businesses, and on Monday lodged an application to change its name to TasFoods.

It reports: “This opportunity [to buy VDL] is consistent with OnCard’s strategy to ultimately build an integrated business based on premium food products primarily sourced from Tasmania.

“It is expected the Company will undertake a share capital raising to assist with funding of the acquisition and will seek shareholder approval if it decides to proceed with the transaction.”

“I don’t think anyone was very impressed with what happened with The Australian yesterday,” he says.

Woolley, who’s just returned to Australia after being in New Zealand for the week, says OnCard International intends to use the farms to produce short-life products such as yoghurt, cream cheese and maybe fresh milk.

He says there is already quite a lot of surplus manufacturing capacity in Tasmania, so it wouldn’t look at building factories in the area.

Now’s the “appropriate” time for the farms to be sold

TIML’s chief executive Mike Trousselot says a full or partial sale of VDL will allow TIML to diversify and rebalance its portfolio and strategic asset allocation.

He says the dairy farms have boosted production for the seventh consecutive year, with the annual increase in milk solid production cancelling out softer prices. This has allowed the company to almost match last year’s A$52 million record sales revenue.

Returns from the farms have contributed NZ$179m to the New Plymouth District Council’s NZ$217m investment fund since its inception in 2004.

Trousselot says, “While the business is a safe, cashflow positive, well-performing real growth asset, which has generated around a 10% internal rate of return since acquisition, TIML has completed its pre-acquisition business improvement plan, including improvements in farming practice, infrastructure, livestock, and simplification of VDL’s balance sheet and ownership structures.

“It is now appropriate for TIML to focus on an exit from the investment.

“And, with 60% of Australian dairy production consumed domestically, we expect good competition for supply and strong farmgate prices to continue.”

It's ok if you want a really low returning investment, with a lot of risk on the down side. The council must have blown a heck of a lot of money on this 'investment'.

I don't think that we should be selling this to the Australians any more or less than to the Chinese.
The council should be totally embedded in their local community so why don't they support it by dividing it into bite sized lots and sell it to locals. Sometimes, no, more often than not, in pursuit of our short term greed, we are own worst enemies.

The particular farms are in Tasmania, in Australia, and not in Taranaki.