Food safety and protection from biological risk are the last of MPIs core priorities, says Allan Barber. He thinks they should be first in another agency's list of responsibilities

Food safety and protection from biological risk are the last of MPIs core priorities, says Allan Barber. He thinks they should be first in another agency's list of responsibilities 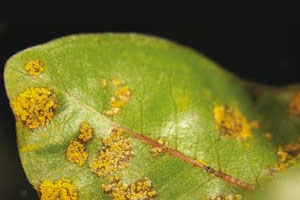 In January this year I wrote a column which argued MPI risked losing focus on two of its core responsibilities, namely food safety and biosecurity, as a direct consequence of merging MAF, NZ Food Safety Authority and Bio-Security New Zealand into a single mega government agency.

I cited the Fonterra whey protein botulism scare as an example of the new agency dropping the ball. The WPC80 report into that incident stated ‘overall there was a lack of commitment to ensuring readiness to deal with a food safety event’ quoting a senior official as acknowledging nobody had taken ownership of food safety. The report went on to say the gap had since been closed.

Recent events like the Hepatitis A cases from frozen berries from China, antibiotic-resistant campylobacter in chickens distributed by three out of the four largest North Island producers, and last year’s outbreak of gastrointestinal bug yersinia suggest this gap still remains open.

In the meantime MPI maintains weeks or even months of secrecy before it discloses information about the identity of suppliers or the source of the problem. Even worse, sometimes, as in the case of the yersinia outbreak, the named culprit is found not to be the source after all.

I argued at the time MPI’s four key areas of focus, as listed in its 2014 Annual Report, were as follows: maximise export opportunities, increase sustainable resource use, improve sector productivity and protect from biological risk. It seemed then and still seems staggering that the most important role of all, protection from biological risk, should come last instead of first in this list of priorities.

In case people think this is just semantics, consider the benefits of the previous structure when NZFSA was split out from MAF in 2002 and run as a sole purpose government department between 2006 and 2011. New Zealand’s food safety reputation was at an all time high among our trading partners and I struggle to remember any serious food disease outbreaks, although I may not be entirely correct. The food safety performance of the red meat sector still demonstrates the excellence of the standards put in place under MAF and NZFSA.

Unfortunately the performance of Bio-Security NZ under MAF control was not as impressive during the first decade of the 21st century, as kiwifruit growers hit by the PSA virus would testify.

The value proposition for the creation of MPI argued there was a risk of divergence in areas of regulatory policy and standard setting, cost recovery and international standards. Given New Zealand’s unique biosecurity and trade needs, the regulatory programme was not considered optimal for creating economic advantage for New Zealand. However the most important point of protecting New Zealand’s borders from biosecurity risks and the consumer from food safety events appear to be have been taken as a given, rather than disciplines requiring single-minded focus.

The National government’s main objective has been to achieve greater efficiency and cost effectiveness of outcomes by means of structural changes, but there is a danger this focus may result in the baby being thrown out with the bath water. I have read one comment which calls for the responsibility for food safety to be handed back to the Ministry of Health because its sole focus is public health.

The same writer also argues MPI has a conflict of interest between its priority to protect consumers and protection of food producers. I would argue MPI’s main focus is not on producers, but on economic gain for New Zealand, as shown by its first three areas of focus – export growth, sector productivity and sustainable resource use.

It is very easy to claim this is absolutely consistent with maintaining first class food safety and bio-security, but the point is MPI does have a conflict of interest. Which of the four areas of focus should they concentrate on? If the government insists on doubling exports by 2025, while improving sector productivity and resource allocation, it isn’t difficult to see  where food safety and bio-security sit in the queue.

I spoke to Labour’s primary sector spokesperson Damian O’Connor about this issue in January was adamant MPI is too big and has a conflict of interests between its regulatory and compliance responsibilities as well as its goal of maximising exports, while the increasing quest for trade freedom is at variance with the protection of New Zealand’s biologically based economy and reputation. He wanted to see separate food safety and bio-security agencies established outside MPI.

Unfortunately I can’t see this happening before the next election at the earliest, but it looks to me more and more as though we should evaluate this as an option.

At the very least we should assess the risks to New Zealand health and reputation of continuing as we are.

Allan Barber is a commentator on agribusiness, especially the meat industry, and lives in the Matakana Wine Country. He is chairman of the Warkworth A&P Show Committee. You can contact him by email at allan@barberstrategic.co.nz or read his blog here ». This article is here with permission.

Absolutely spot on. MPI is so heavily compromised in attempting to police food safety it is beyond belief. In addition point of origin labeling of ALL foodstuffs should of mandatory. Personally I would not eat a thing coming out of places such as China and Vietnam, but finding this out is often fiendishly difficult.

MPI have also been incompetent in following up these complaints of animal abuse of bobby calves. Not much seems to have changed since the Crafar issue when calves were left to die of starvation. At that time MPI did not respond either. It took the threat of going to TV news before they got their butts into gear. And then they never bothered to press charges. However they did feel the need to put down 100 odd calves. If MPI dont respond to the bullshit that is going on on our corporate farms, the response from those that want it stopped will be higher profile. Yet govt sleeps. Saving pennies often costs dollars.