Farmers overwhelmingly happy with the how the Government is managing the economy, the TPP agreement, the Paris Climate Change deal, and the WTO's move to abolish export tariffs

Farmers overwhelmingly happy with the how the Government is managing the economy, the TPP agreement, the Paris Climate Change deal, and the WTO's move to abolish export tariffs
30th Dec 15, 2:04pm
by Guest 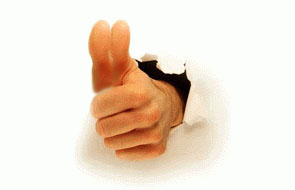 A poll from Federated Farmers shows 83% satisfaction with the performance of the National-led government among the country’s farmers.

Over 1,100 members were surveyed in the run up to Christmas, with only 17% dissatisfied with the performance of the Key government in 2015.

“83% satisfaction looks spot on when you look at the level of interest rates and key international wins such as TPP, the Paris Climate Change Talks and the WTO’s recent abolition of export tariffs. These are all good outcomes for farmers and stand to enhance New Zealand’s export earnings for many years to come.”

While the new emissions reduction targets and weight of developing country support grabbed the headlines around the Paris Agreement, the signing of COP21 was also a significant outcome for farming with recognition that emissions reductions must be weighed up against the food supply required to feed a rapidly growing global population.

“This is recognition we and farming organisations around the world have worked long and hard to achieve, and one the government also put its weight behind.  Farmers are appreciative of those efforts - and also the $20 million the government has invested to fund research into scientific solutions for reducing agricultural emissions,” says Dr Rolleston.

“Federated Farmers believes this is absolutely the right approach and our own team of science experts will look to assist the government to help ensure this investment leads to the breakthrough we are all looking for.”

It is now the game: Candidates ask citizens for their votes, then go to Washington to do the bidding of their donors. Read more

Yep, been that way for 30? 40? years now. The banks/finance sector buys both sides (since Clinton at least) and gets what it wants, result the mess we are in.

A most recent example is not kind to the city dwelling majority funding the subsidies for the few.