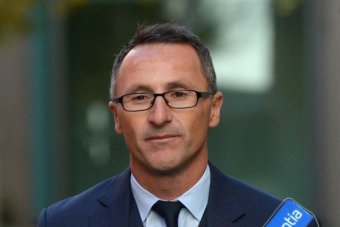 Aussie Greens leader Richard Di Natale told the ABC that there is no concrete evidence on potential health risks to people.

Federated Farmers has welcomed a shift in thinking by the Australian Green Party and encourages their New Zealand counterparts to be equally open minded about the benefits of genetic modification.

Over the past week Australian Greens leader Richard Di Natale has conducted a series of interviews in which he has opened the door to changing the party’s longstanding opposition to genetically modified organisms.

He told ABC radio that “the concerns are less around human health and much more around the application of the technology when it comes to giving farmers choice.” In another interview with The Land he said he did “not have a blanket objection to the use of genetically modified crops” and that “it’s a bit simplistic to say GMO’s are safe or they’re not safe.”

“This is entirely in line with Federated Farmers’ position of giving farmers choice about what and how they farm, and assessing the benefits and risks of genetically modified organisms on a case-by-case basis,” says Federated Farmers National President Dr William Rolleston.

“It’s refreshing to see such an open minded approach from the Australian Greens on what we see as a key issue for the agricultural sector, and we encourage the NZ Green Party to also review their policy on genetic modification.”

“If you look at some of the biggest challenges facing farmers at the moment, such as drought and pressure from some quarters  to reduce biological emissions. These are both things that likely have a scientific solution,” says Dr Rolleston.

Dr Rolleston said genetic modification has been used extensively around the world, to the benefit of farmers and the environment, without any incident of harm attributable to the GM aspects of the application.

“Although no crops using GM are approved or grown here yet, this vitally important science is being used successfully in New Zealand. GM products such as food enzymes, medicines and animal feed are now commonplace.”

“We ask that the [NZ] Greens open their minds to the agricultural sector also taking advantage of these rapidly evolving technologies,” he said.